Until the mid-to-late 20th century, discussions about words and music in opera and art song—vocal music with lyrics drawn from preexisting poetic texts— often focused on which medium was more important. However, with advances in recording technology and the rise of popular music, that began to change.

“Instead of thinking about which medium should dominate or take priority, the question became what their relationship is and how they interact with each other to create expressive effects, cultural meanings, and new musical forms,” said Lawrence Kramer, Ph.D., an accomplished composer and Distinguished Professor of English and Music.

“I think the relationship between words and music operates with a great deal of resonance and power, and with much more reach than it customarily gets credit for.” 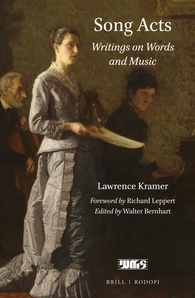 For Kramer, music is a meaningful cultural activity—not just a pleasant pastime. 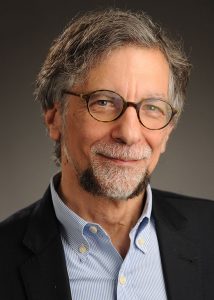 In one essay in Song Acts, “Little Pearl Teardrops,” originally published in 2002, Kramer explores the significance of tears in the music of romantic composers Franz Schubert and Robert Schumann. He cites 18th-century literature, where crying was a sign of cultivation and “superior sensitivity.” In the piece, Kramer argues that the “tearful sensibility” woven in the romantic songs of Schubert and Schumann moves this tradition from a sense of cultural stratification into “a more strenuous emphasis on the intimacy of the relationships.”

“People who know how to cry, and are able to cry the right way and under the right circumstances, also reveal their class standing as well as their fundamental human connection,” said Kramer. “Music picks this up. It picks it up within the realm of the art song, which, among other things, is meant to demonstrate the same kind of sensitivity to feeling, power, empathy, and sympathy.”

For Song Acts, Kramer said he revised and rewrote some of the previously published writings from the ground up to provide enriched perspectives.

“This allowed me to take advantage of both my own hopefully presumed maturation as a scholar, and, of course, other intellectual developments over the intervening years,” he said. “It gave me an opportunity to be my own critic.”

Being a composer as well as a musicologist provided Kramer with a greater degree of understanding of the complexity of art songs, he said.

“If you don’t have any experience composing vocal music, you might be able to say some really interesting and insightful things about it,” said Kramer. “But you might also miss some things which are more likely to occur to someone who is aware of what is demanded of you when you write this measure to these words.”

Song Acts aims to help listeners hear music more perceptively so they can respond more rewardingly to what they hear, he said.

“In relation to art songs in particular, the title of the book is also the takeaway,” he said. “Song, which most people love, is a way of acting. It has repercussions. It creates ripple effects. It evokes values. It is highly meaningful beyond the pleasures that it gives.”