Former U.S. Secretary of Defense Donald Rumsfeld famously said there are “known knowns,” but there are also “known unknowns.” At Fordham’s Lincoln Center campus, there are no longer any “known unknowns” when it comes to energy. In compliance with New York City Local Laws, the campus recently underwent a full audit to determine the energy and water efficiency of its facilities. 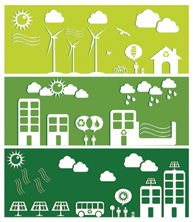 The audit took 16 months to complete because the three main buildings on campus had to be monitored through all four seasons.

The report was filed with the city’s Office of Long-Term Planning and Sustainability on Oct. 30, making it the first audit of its kind in the city by a major university.

Joseph Scaltro, director of engineering services for Lincoln Center, said the audit, which began in January 2011, resulted in improvements that his department was able to both immediately undertake and map out for the future.

“We discovered devices that were out of sync, valves that should have been open that were closed,” said Scaltro. “All items were corrected.”

The audit took 16 months to complete because the three main buildings on campus—Lowenstein Center, Fordham Law and McMahon Hall—had to be monitored through all four seasons. Scaltro said the cost of the survey will be more than offset through energy and water savings.

Although the timing of the report was dictated by the city, it works well for the Lincoln Center campus. When the new law school and residence hall opens in 2014, the old law school building will assume other academic uses. As it was built in 1960, it is ripe for improvements.
“When we were doing the audit, we’d say, ‘You know, it would be really nice if I knew the pressure in that duct. Ah, OK. Maybe that’s one of our capital projects. We’ll get sensors in the ducts to give us pressure [readings],’” Scaltro said.

“Now we can make a priority list, and say, ‘Yes, we need to put variable frequency drives on these motors. And yes, we have to improve the AC controls on the third floor.”

One high-profile project that could potentially occur is installation of either a green roof or a more heat reflective roof, two energy saving options that are under consideration. The building might also get a photovoltaic solar array.

Less obvious will be small improvements: More efficient light bulbs, low flow shower heads and faucets at McMahon, and, atop Lowenstein, Federal Aviation Administration-mandated LED beacons.
“
We might spend $1,500 on new LED light bulbs, but the bulbs will last 10 years,” Scaltro said. “In the past we had to send an electrician to climb up there four times a year to change the bulbs.”

An audit for the Rose Hill campus is also underway and will be finished by May 2013.

Of the 50 buildings there, only 30 are 50,000 square feet or larger, and are therefore subject to the law. Marco A. Valera, vice president for facilities management, said that Fordham opted to include all 50 in the audit, as part of the University’s commitment to Mayor Bloomberg’s 2017 challenge to New York City institutions of higher education to reduce greenhouse emission 30 percent by 2017.

“We decided early on that we needed to understand where we can best apply new energy saving technologies to our campuses, with the dual goal of reducing energy consumption and costs as well as reducing our green house gas emissions profile, completing this study will allow us to more efficiently focus our resources,” he said.