The idea of the cloistered doctoral candidate holds romantic charm, particularly when it comes to the humanities. It conjures images of sojourns to ancient libraries and the handling of original manuscripts, all in the service of attaining a coveted tenure-track position at a research university.

But according to the Chronicle of Higher Education, in 1970, 50 percent of full time faculty was either tenure or tenured track. By the late 2000s that figure had dropped to 31 percent. As tenure track positions dwindle, those graduating with doctoral degrees are eyeing a variety of alternate academic careers sometimes referred to as Alt-ac careers.

As the term Alt-ac is still somewhat fresh, definitions vary. There are some who believe such a career sits strictly within the university—say, in administration or in the library sciences and labs. There are others who would include think tanks, nonprofits, nongovernmental organizations (NGOs), museums, and other research institutions closely allied with the academy. Others would include private sector jobs.

Leonard Cassuto, Ph.D., a professor of English who has written extensively on the subject for the Chronicle, said there is some pushback by traditionalist Ph.D. mentors who are more “in the business of creating Mini-Me” than preparing students for the realities of the job market. 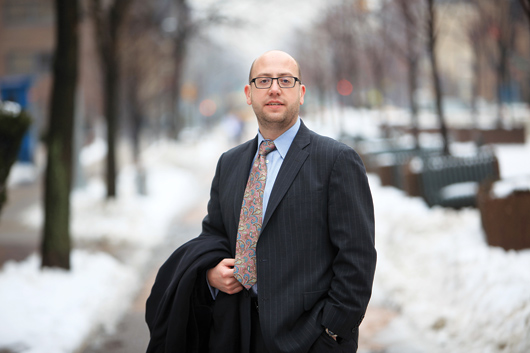 The conversation is being held against the backdrop of a Return on Investment (ROI) trend being touted by several graduate and undergraduate institutions. The methodology requires statistics that track a graduate’s income to measure how long it takes for them to make their ROI. It’s a trend that has many liberal arts colleges up in arms, and has been called into question by several humanists.

“I think you have to really reframe the terms when you apply measurements to the humanities. Even the term ‘metric’ has a different valence in humanities,” said Eva Badowska, Ph.D., associate dean for academic programs at the Graduate School of Arts and Sciences (GSAS). “Measurements matter, but you have to contextualize how they matter.”

Badowska attended January’s Modern Language Association annual convention, where there were several panels on the subject.

“It’s remarkable,” she said. “A few years ago you would never have a session titled ‘alternative careers.’”

Rogers holds her doctorate in comparative literatures with a specialty in 20th-century French literature. But she found an alternative calling through studying career paths for humanities scholars and the kinds of jobs and skills they have, as well as surveying employers to find out what skills Ph.D. graduates lacked.

“The goal is to move from anecdote to data in information regarding career paths for humanities scholars,” Rogers said of the study. “The idea to do this type of study came from conversations about changes in the academy—if grad school deans were going to make any curricular change, they needed data that the deans can point to.”

Rogers’ study not only looks at career paths of Ph.D.s, but also at humanities graduates who are All But Dissertation, aka ABD.

She said she is seeing jobs filled at universities in hybrid positions, from student services to research. Outside the campus gates she has seen positions at libraries, museums, cultural heritage institutions, think tanks, as well as roles in government and smaller nonprofits. She said there is potential for implementing some of the skills desired by these types of employers into the curriculum, particularly collaboration, communication skills, and project management.

“Training someone for one specific position, like tenure track, is not really the best,” she said. “But for Alt-ac to really take root in humanities, there needs to be a way to train those skills from a deeply humanist perspective, and have it jibe with the values that humanists really care about.”

Sal Giambanco, GSAS ’90, formerly a Jesuit priest, earned a master’s degree but was ABD in philosophy. As one of the original employees at PayPal, Giambanco has funneled his philosophy training into the tech sector and now is the head of human resources at Omidyar Network, where he is also a partner.

“I hate the term ‘non-academic jobs.’ It sounds like there’s good jobs and bad jobs,” he said. “The academy has got to get in touch with the real world.”

“What’s important is the presentation of those skills in a format that a hiring manager can understand,” he said. “Yet there is little incentive for anyone in the humanities to talk the way I’m talking because there is an [inherent]suspicion of business. But the truth is the private sector drives everything we do.”

Despite the buzz surrounding alternative careers for Ph.D.s, an August 2012 survey of Fordham’s philosophy doctoral graduates found that 92 percent were employed in an academic capacity.

It would seem that, for many, the attractions of the academy are not to be dismissed. Nor is the draw of New York City, particularly for those on the hunt for Alt-ac careers.

“I loved French literature, but I pursued other things because I didn’t want a true nationwide academic search [for work], and New York has a ton of possibilities for interesting jobs outside the academy,” said Rogers, who works remotely at her UVA job from her Brooklyn apartment.
Jay Savage, Ph.D., GSAS ’11, said he met his wife Tara Czechowski, Ph.D., GSAS ’10, at Fordham.  Neither wanted to ditch the city, nor did they want to abandon their academic lifestyle.

“We weren’t willing to go to North Dakota or God knows where to teach,” said Savage. “So I asked myself, what could I do to stay connected to a university and have the time to do my own research on the side?”

Savage, who worked in Fordham’s IT department while earning his doctorate in English at the University, segued his tech-savvy talent into a position as director of academic information technology services at Yeshiva University. Czechowski is now the Dean of Summer Session at Fordham College at Rose Hill.

Savage said that the imaginary wall between administrative work and teaching is something of a misnomer; the reality is that there is much more synergy than is often noted, especially with the explosion in digital humanities in the academy.

“I’m not sure where all the specialization happened, but the paradigm we’ve had for the last 30 to 40 years created a supposed split between the academic work and the non academic work,” he said. “But I don’t think that the faculty is opposed to the administrative work; it’s a much more cohesive organization than some might have you believe.”

He said he found the notion of a wall going up, whether between academic or nonacademic careers, goes against the fundamentals of a Jesuit institution.

“The idea that we’re creating people to be cohesive, functional human beings needs to be embedded into the curriculum,” he said. “If it’s cura personalis, we shouldn’t draw an artificial distinction between academic and professional.”