skip to main content
Return to Fordham University
You are at:Home»Inside Fordham»Eight to Receive Honorary Degrees at 2013 Fordham Commencement 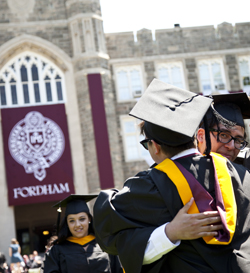 As part of its 2013 commencement ceremony on May 18, Fordham University will award honorary degrees to eight people of distinction in fields ranging from public service and government to journalism and the arts.

This year’s commencement speaker, NBC News Chief Foreign Correspondent Richard Engel, will receive an honorary doctorate of humane letters at the University’s 168th commencement, to be held at the Rose Hill campus.

Two honorees will each receive an honorary doctorate of laws: Sally J. Bellet, Esq., LAW ’76, president of the Stein/Bellet Foundation, and Preet Bharara, U.S. attorney for the Southern District of New York, who will give the keynote address at the 106th diploma ceremony for the Fordham School of Law, to be held at Radio City Music Hall on Sunday, May 19.

Basu will give the keynote address at the diploma ceremony for the Graduate School of Business Administration, also to be held Sunday, May 19, at Avery Fisher Hall at Lincoln Center. Peter Vaughan, Ph.D., who is retiring as dean of the Graduate School of Social Service, will speak at the school’s diploma ceremony on Monday, May 20, also at Avery Fisher Hall. 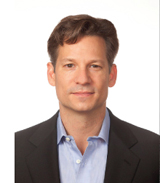 Richard Engel, widely known as one of today’s top foreign correspondents, has won multiple awards for his coverage of wars, revolutions, and political changes in the Middle East over the past decade. He is one of the few Western journalists to cover the second Iraq war from beginning to end, and he has also covered the war in Afghanistan, the 2006 Israel-Hezbollah conflict, the uprisings in Egypt and Libya, and the current conflict in Syria, where he and his production team were kidnapped in December. He is the author of two books, A Fist in the Hornet’s Nest: On the Ground in Baghdad Before, During & After the War (Hyperion, 2004), and a follow-up,War Journal: My Five Years in Iraq (Simon & Schuster, 2011). 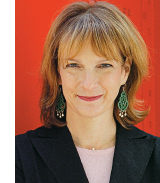 Patricia E. Harris, first deputy mayor of New York City, plays a pivotal role in city government by overseeing numerous departments and initiatives and making sure the various parts of city government work well together. Twice named one of the top five most powerful women in New York City by Crain’s New York Business, she is Mayor Michael Bloomberg’s closest aide. Among other duties, she oversees the departments of cultural affairs, landmarks, and parks; and serves as board chair for the Mayor’s Fund to Advance New York City. She created NYC Service, the city’s service initiative, and also represented Mayor Bloomberg on the 9/11 Memorial Jury, responsible for selecting the final design of the 9/11 Memorial. 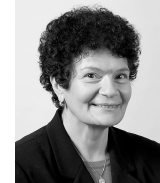 Paulette LoMonaco, R.G.S., has served since 1980 as executive director of Good Shepherd Services, a social service agency that provides a variety of services to vulnerable youth, children, and families. Under her leadership, the agency has dramatically expanded and become nationally recognized for its innovative service models. Today it helps 27,000 people in New York and serves as a leading example for excellence not only in providing direct services to the disadvantaged, but also in advocating on their behalf. Under Sister LoMonaco’s tenure, Good Shepherd Services began operating transfer schools in partnership with New York City that give truant students a second chance at high school graduation. 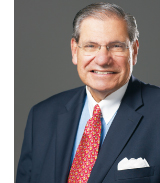 John Tognino, PCS ’75, chairman and chief executive officer of Pepper Financial Group and a former executive at Merrill Lynch and NASDAQ, has been one of the most steadfast and generous supporters of Fordham for more than a decade. He served for 12 years on the Board of Trustees, including eight years as chairman, and has given abundantly of his time and energies in the cause of the University’s advancement. He and his wife, Norma, created the Tognino Family Endowed Scholarship, which supports nontraditional students, and the Tognino Endowment for Disability Services. In 2007 they made a planned gift of $3.5 million to name Tognino Hall in Duane Library. 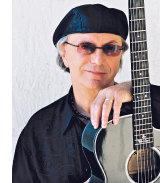 Dion DiMucci, a native of the Bronx, found fame as lead singer of Dion and the Belmonts in the 1950s. In the decades since, he has built a following as one of the most soulful and influential musicians of his time. He has received two Grammy nominations and has been cited as a formative influence by Paul Simon, Lou Reed, Bruce Springsteen, and Bob Dylan. DiMucci is known for his range and versatility, having developed an early style that melded R&B, blues, doo-wop, and rock and roll, and having recorded a number of gospel albums as well. His greatest hits include “Runaround Sue,” “The Wanderer,” and “Abraham, Martin and John.” He was inducted into the Rock and Roll Hall of Fame in 1989. 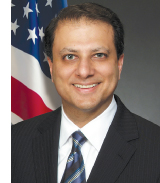 Preet Bharara, U.S. attorney for the Southern District of New York since 2009, was named one of the 100 Most Influential People in the World by Time magazine in 2012, which also featured him in a cover story, “This Man is Busting Wall Street.” He has put new focus on financial crimes as well as other complex and sophisticated offenses, forming units to focus on cybercrime as well as the often-linked areas of terrorism and narcotics. His new civil fraud unit has collected nearly $500 million in settlements for faulty lending practices and other crimes. Other victories on his watch include prosecution of key members of the computer hacking groups Anonymous and LulzSec, and more than 70 convictions or guilty pleas for insider trading. 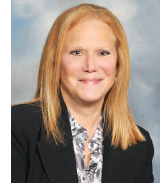 Sally J. Bellet, Esq., LAW ’76, former vice president of real estate development for Amtrak, is president of the Stein/Bellet Foundation and a philanthropist who has given generously in support of education, medical research, and the arts. She established the Edward and Marilyn Bellet Chair in Legal Ethics, Morality and Religion at Fordham Law School in 2006, as well as the Bellet Scholars Program for students with a particular interest in ethical leadership. She serves on the advisory board for the law school’s Louis Stein Center for Law and Ethics, founded by her grandfather, Louis Stein, LAW ’26. 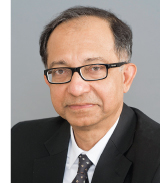 Kaushik Basu, Ph.D., chief economist and senior vice president for development economics at the World Bank, is an internationally respected thought leader with a reputation for ideas that are inventive and sometimes provocative. He previously served as chief economic adviser to the government of his native India at the Ministry of Finance, and has held visiting positions at top universities including Harvard, Princeton, MIT, and the London School of Economics. Basu has written more than a dozen books and 160 scholarly papers, as well as numerous popular articles. He is on leave from Cornell University, where he is a professor of economics and the C. Marks Professor of International Studies.