skip to main content
Return to Fordham University
You are at:Home»Inside Fordham»Eight to Receive Honorary Degrees at 169th Commencement

Baseball All-Star and Seven Others to Be Honored 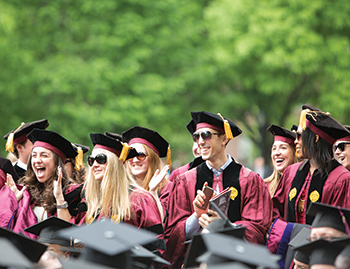 wins, will deliver the keynote address to the Class of 2014 and receive an honorary doctorate of humane letters at Fordham University’s 169th Commencement, to be held Saturday, May 17, at the Rose Hill campus.

At the ceremony Fordham will award honorary degrees to seven others who have made outstanding contributions in business, law, philanthropy, social service, and the sciences.

Fordham will award honorary doctorates of laws to U.S. Supreme Court Justice Sonia Sotomayor and Denny Chin, LAW ’78, a judge on the U.S. Court of Appeals for the Second Circuit.

Also receiving doctorates of humane letters will be Fordham Trustee Fellow Stephen E. Bepler, FCRH ’64, a longtime supporter of the University who recently retired as senior vice president with Capital Research Global Investors, where he had worked since 1972; Yvonne Cagle, M.D., a retired U.S. Air Force colonel and NASA senior astronaut physician and researcher; Mary Alice Hannan, O.P., former executive director of Part of the Solution, a social service agency in the Bronx; Nemir Kirdar, GBA ’72, the founder, executive chairman and CEO of the global investment group Investcorp; and Reynold Levy, former president of Lincoln Center for the Performing Arts. 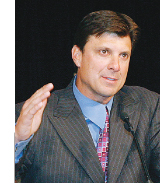 Constantino “Tino” Martinez Constantino “Tino” Martinez was a four-time World Series champion with the New York Yankees from 1996 to 2001, the highlight of a distinguished Major League Baseball career. Martinez won the Silver Slugger Award in 1997, played on the gold-medal-winning U.S. baseball team at the Summer Olympics in 1988, and was inducted last year into the National College Baseball Hall of Fame. Since his retirement in 2005 he has been a special adviser and spring-training assistant for the Yankees, a hitting coach for the Miami Marlins, a sports broadcaster, and a volunteer assistant coach at the college level. In June, he will be honored with a plaque in Monument Park highlighting his career as a New York Yankee. Among the members of the Class of 2014 Martinez will be addressing is his daughter, Olivia, a senior at Fordham College at Rose Hill.
Martinez earned his own bachelor’s degree in 2011, from the University of Tampa, completing the educational journey he began in 1985, when he was drafted by the Boston Red Sox but chose to attend the university instead. 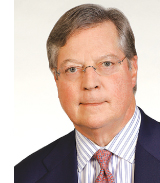 Stephen E. Bepler and his wife, Kim B. Bepler, are among the most generous supporters of Fordham in its history. They have created scholarships, supported science education and the Fordham Fund, and contributed to the restoration of the University Church and installation of the new Maior Dei Gloria church organ. In addition, their gifts established the Karl Rahner, S.J., Memorial Chair in Theology and the John D. Boyd, S.J., Chair in Poetic Imagination. In 2007, they were honored with the Fordham Founder’s Award, given to those whose lives reflect the highest aspirations of the University’s defining traditions.
Bepler has also served as a trustee at Cristo Rey New York High School, the Forman School in Litchfield, Conn., and other organizations and educational institutions. 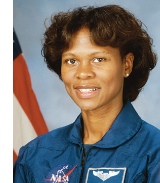 Yvonne Cagle, M.D., has made many important contributions to research in the sciences, technology, and human health. Today she serves at NASA’s Ames Research Center as lead astronaut science liaison and strategic relationships manager for Google and other industry collaborations in Silicon Valley. According to NASA, she has performed “groundbreaking work” by “galvanizing NASA’s lead in global mapping, sustainable energies, green initiatives, and disaster preparedness.” She has also begun a partnership with Fordham—the Interdisciplinary Collaborative on Health, Environment, and Human Performance—to promote research involving NASA, Fordham’s faculty and students, and the University’s partner institutions. 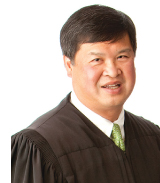 Denny Chin has won numerous awards for judicial excellence and presided over many high-profile cases as a federal judge. Among them were the case of Bernard L. Madoff, to whom Chin gave a 150-year sentence, as well as cases involving the Million Youth March, the United Nations’ Oil-for-Food Program, and Google’s mass digitization of copyrighted books. He was a prosecutor, and later, a judge for the U.S. District Court for the Southern District of New York before President Barack Obama chose him for his current appellate post in 2009.
Chin is an advisory board member for Fordham’s Center on Law and Information Policy, and has been an adjunct professor in Fordham Law School’s Legal Writing Program for more than a quarter century. 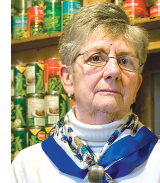 Mary Alice Hannan, O.P., greatly expanded the services at Part of the Solution in the Bronx while working there from 1996 to 2011, when she retired as executive director. Under Sister Hannan’s leadership, Part of the Solution was transformed from a soup kitchen into an agency providing freshly prepared meals as well as legal counseling and other services. Today it is one of the largest emergency food programs in New York City and a place that affords the homeless a greater sense of dignity. Sister Hannan also founded Desda’s Grate, a shelter in New Rochelle, New York, for homeless women and their children. 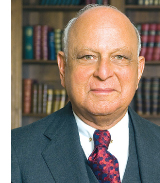 Nemir Kirdar has earned a reputation as a brilliant and principled executive for his leadership of Investcorp, a firm that he founded in 1982 to link surplus funds in the Arabian Gulf and nontraditional investment opportunities in the United States and Western Europe. He is the recipient of numerous honorary degrees, a speaker at international forums, and the author of three books, including one focused on the restoration of his native Iraq. Kirdar is a member of the Council for Arab and International Relations, among his many affiliations. 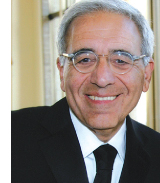 Reynold Levy played a pivotal role in the transformation of Lincoln Center for the Performing Arts during his 11 years as its president—not only leading the capital campaign in support of its $1.2 billion redevelopment, but also overseeing the revitalization of its programming, the expansion of its campus, and many other initiatives. He has also served as president of the International Rescue Committee, executive director of the 92nd Street Y, and staff director of the task force on the New York City Fiscal Crisis. He is a widely respected expert on philanthropy, fundraising, and management. 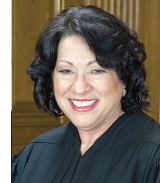 Sonia Sotomayor, the third woman and first Hispanic to serve on the U.S. Supreme Court, grew up in the housing projects of the Bronx and attended Princeton University and Yale Law School. While serving as a prosecutor under former New York County district attorney Robert Morgenthau, she earned a reputation as being fair, ethical, and empathetic, and also willing to fight for the right conclusion in each case. She worked as a private litigator, a trial and appellate judge in the federal court system, and a law professor before President Barack Obama nominated her to the U.S. Supreme Court in 2009.