skip to main content
Return to Fordham University
You are at:Home»Inside Fordham»Eight Things about Space Exploration You May Not Know 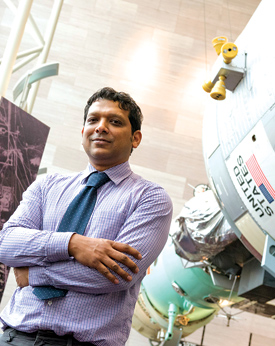 Asif Siddiqi, Ph.D., professor of history, is currently on leave as the visiting Charles A. Lindbergh Chair in Aerospace History at the Smithsonian’s National Air & Space Museum in Washington, D.C., where he is working on a book about the global history of space exploration. He is a member of the National Research Council’s Committee on Human Spaceflight, tasked by Congress to review the long-term goals of the U.S. human spaceflight program. The committee delivers its report to Congress in June.
Photo by Bill Denison

1. Humans have built five objects
that have left or are about to leave the solar system.

Once they leave, they will wander in various directions away from our sun into the interstellar medium. Even if our planet were to be destroyed today, these five spacecraft would still be traveling out towards the cosmos as remnants of humanity. The farthest of the five, indeed the farthest human-made object, is Voyager 1, which is about 12 billion miles away from the Earth and still transmitting data back.

2. The most exciting activity in space exploration in recent years has been in robotic exploration.

In 2005, a European space probe successfully landed on Saturn’s moon Titan. Currently, a NASA probe known as New Horizons is speeding its way to the dwarf planet Pluto (which it should reach in the summer of 2015). In 2006, a spacecraft called Stardust parachuted down in a remote range in Utah, having flown into a comet at a speed of 3.7 miles per second, captured its dust, and brought it back to Earth. Another NASA spacecraft, NEAR, successfully landed on the asteroid Eros in 2001.

3. Most of the money the world spends on civilian space activities is not for exploration or fundamental science but rather for what practitioners call “applications” goals.

Space activities now provide daily services to both scientists and citizens that we take for granted. These include satellites that:

• assess and analyze the natural resources of the Earth using remote sensing;

• help industries such as agriculture and fisheries to thrive;

• help save people and resources from natural disasters such as cyclones, earthquakes, floods, and droughts;

• help us locate ourselves through the Global Positioning System (GPS);

• and support telecommunications over mobile phones, TV broadcasting, and the Internet.

4. The annual NASA budget is much much (much) smaller than the following things:

The amount we spend annually on pizza. Or tobacco. Or illegal drugs. Or gambling. The annual budget of NASA is about 0.5 percent of our gross national product, or about $17.6 billion. By comparison, federal spending on other programs includes $1 trillion (defense, veteran’s services, and homeland security), $78.3 billion (health and human services), and $71.2 billion (education). 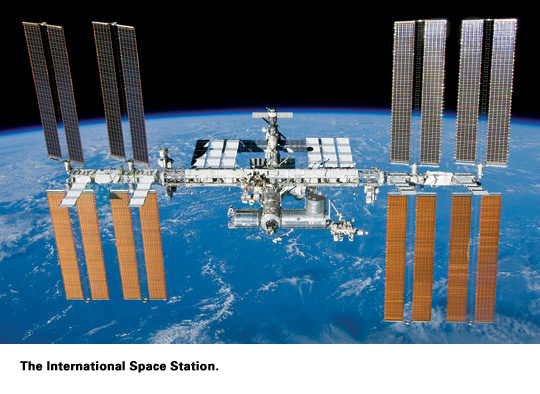 5. For the past 13 years and counting, there has always been someone in space.

Since October 31, 2000, when three astronauts lifted off to live aboard the International Space Station that orbits the Earth, crews have constantly rotated aboard that facility, maintaining a continuous human presence in space. So whenever you look up into the sky, no matter the time of day or night, you can be confident that there are astronauts living and working in space. But are long stretches in space healthy? Medical experts concede that very long-term stays, such as the 437 days-in-space record held by Russian astronaut Valery Polyakov, can have serious negative consequences to human health, including loss of bone mass, decrease in eyesight, loss of appetite, and problems in blood flow. Missions beyond Earth orbit can make these problems much worse due to the dangers of cosmic radiation.

6. The United States has a parallel secret space program that is not run by NASA but rather by the National Reconnaissance Office (NRO).

The NRO has the largest budget of any U.S. intelligence agency, comparable in size to that of NASA. (Its actual budget is classified). Most of the NRO’s activities are conducted in secret, and the agency does not describe its activities (which includes spying) in any detail. Many of their (very) expensive satellites are launched from a site in Southern California (instead of Cape Canaveral in Florida). Imagery collected by the NRO is analyzed by another little-known organization, the National Geospatial-Intelligence Agency.

7. The foundation of the modern rocket is the German V-2 built by German scientists and engineers during World War II.

Many of the Germans who worked on the V-2 later came to the United States and worked on the development of the Saturn rocket that lifted American astronauts to the Moon. Many of these men had been active Nazis, but their unsavory pasts were whitewashed out of history in service of the Cold War.  For example, Arthur Rudolph, who was NASA’s project director for Saturn was involved in atrocities at the infamous Mittelbau-Dora concentration camp in Germany. In the early 1980s, when the truth about his activities came out, Rudolph renounced his American citizenship and fled the United States rather than face war crimes trials. 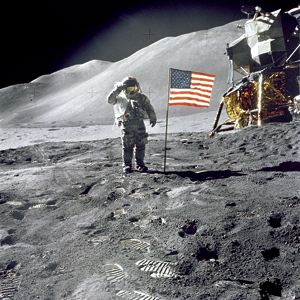 8. Polls suggest that about 6 percent of the American population still believes that the Moon landings were faked.

In other countries, this number is much higher, as high as 28 percent in a recent Russian poll. Belief in the “faked Moon landings” taps into a deep-rooted belief in conspiracies in American culture, such as those about the assassination of John F. Kennedy, the death of Elvis, UFOS, 9/11, and such. The persistence of such beliefs also perhaps highlights a powerful current of hostility toward science in American culture (such as that manifest in creationism).