skip to main content
Return to Fordham University
You are at:Home»Inside Fordham»Eight Notables to Receive Honorary Degrees From Fordham 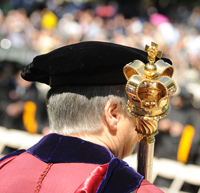 John Brennan, FCRH ’77, the Obama administration’s deputy national security adviser for counterterrorism and homeland security, and this year’s commencement speaker, will receive a doctorate of humane letters, honoris causa, at the 167th commencement on Saturday, May 19, at the Rose Hill campus.

Newly elevated Timothy Cardinal Dolan, archbishop of New York, was the principal celebrant and homilist at the Fordham College at Rose Hill Class of 2012’s Baccalaureate Mass, held on May 18 in the Rose Hill Gymnasium. He received a doctorate of humane letters, honoris causa, that evening.

Michelle DePass, LAW ‘92, assistant administrator for the Office of International and Tribal Affairs in the U.S. Environmental Protection Agency, will receive a doctorate of humane letters, honoris causa, on May 20, where she will also address the law school’s graduating class.

Brooklyn congressman Edolphus Towns will receive a doctorate of humane letters, honoris causa, at the May 20 GSS diploma ceremony, where he will give the address.

Jacqueline Novogratz, CEO of Acumen Fund, will give the address and receive a doctorate of humane letters, honoris causa, at the May 22 GBA diploma ceremony. 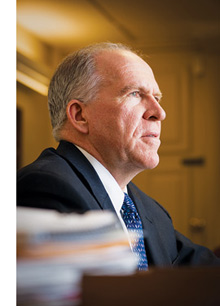 John Brennan received his current appointment in 2009, following a career that included 25 years in the Central Intelligence Agency, with a four-year stint as Middle East station chief in Saudi Arabia. He works with the federal government’s intelligence agencies and the military on counterterrorism efforts around the globe, and on issues of homeland security.

In 2004, he was named director of the federal government’s National Counterterrorism Center, which was established that year to coordinate intelligence from agencies collecting data around the world. He left government service briefly in 2005 to become CEO of Analysis Corp., a private firm that contracts with government agencies on security and intelligence issues.

The son of Irish immigrants, Brennan was raised in North Bergen, N.J., and graduated from St. Joseph’s High School in West New York. He enrolled at Fordham as a commuter student, soon becoming enthralled with the Middle East through the lectures of John Entelis, Ph.D., professor of political science and director of Fordham’s Middle East Studies Program.

While a Fordham student, Brennan traveled to Indonesia to work at the U.S. Embassy and to research the politics of oil. He studied Arabic at the American University in Cairo. 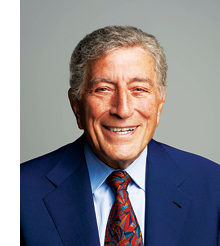 Tony Bennett, legendary vocalist, accomplished painter and ardent supporter of arts education, got his start as a singing waiter in Astoria, N.Y.’s Italian restaurants. During World War II, he faced bitter combat in Germany, an experience that made him a pacifist.

Bennett climbed the charts with early crooning hits like “Because of You” and “Rags to Riches” before recording his signature “I Left My Heart in San Francisco” in 1962. Late 1950s albums The Beat of My Heart and Basie Swings, Bennett Sings established him as one of today’s great jazz singers. His close friend Frank Sinatra famously said, “For my money, Tony Bennett is the best singer in the business.”

In 2001 he founded the Frank Sinatra School of the Arts in his hometown of Astoria with his wife Susan Benedetto, FCLC ’90, GSE ’05.

True to his generosity in nurturing young talent, ticket sales from his 85th birthday bash at the Metropolitan Opera benefited Exploring the Arts, a nonprofit committed to strengthening arts education in the city’s public schools. 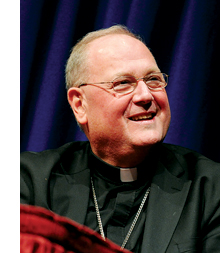 Timothy Cardinal Dolan was appointed to the College of Cardinals by Pope Benedict XVI in January 2012. The Cardinal was elevated in the Consistory on Feb. 18, 2012 in Rome.

Cardinal Dolan was named Archbishop of New York by the Pope in February 2009, and was installed as archbishop in April of that year. In November 2010, Cardinal Dolan was elected president of the U.S. Conference of Catholic Bishops. He succeeded Cardinal Francis George of Chicago in the position.

A native of St. Louis, Mo., Cardinal Dolan was ordained to the priesthood in 1976. He served as Archbishop of Milwaukee from June 2002 until his 2009 New York appointment. He has served as a faculty member in the Department of Ecumenical Theology at the Pontifical University of St. Thomas Aquinas. 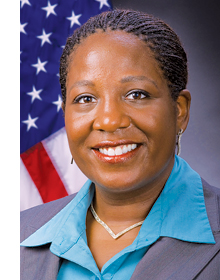 Michelle DePass, LAW ’92, was appointed by President Obama and currently serves as assistant administrator for the Office of International and Tribal Affairs at the Environmental Protection Agency. Throughout her distinguished career she has worked as a lawyer, public administrator, and policy analyst with environmental and human and civil rights organizations, academic institutions, labor, and all levels of government.

She has served as executive director of the New York City Environmental Justice Alliance, senior policy advisor at the New Jersey Department of Environmental Protection, environmental manager of the City of San Jose, and William Kunstler Racial Justice Fellow with the Center for Constitutional Rights in New York.

In addition to her Fordham law degree, DePass has a bachelor’s degree in political science from Tufts University, and a master of public administration from Baruch College’s School of Public Affairs. 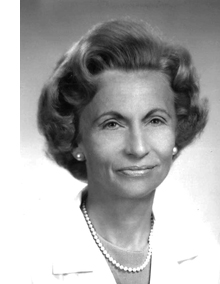 Eugenie Doyle, MC ’43, M.D., professor emeritus of pediatric cardiology, enjoyed an impressive 47-year career in medicine at NYU Langone Medical Center, where she was an early practitioner in her field.

“It was a great field to get into,” said Doyle, who graduated from Johns Hopkins School of Medicine in 1946, when just 12 percent of the medical students were women. Surgeons were performing the very first operations on infants with “blue baby syndrome.” The advent of open-heart surgery soon followed. Devastated parents became very grateful, she said, upon learning that their children could be saved.

In addition to patient care and teaching duties at NYU, Doyle wrote and published several papers on children with rheumatic heart disease. She directed the hospital’s pediatric cardiology department from 1958 until her retirement in 1993. 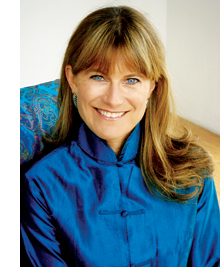 Jacqueline Novogratz is the founder and CEO of Acumen Fund, a nonprofit global venture fund that uses entrepreneurial approaches to the problems of poverty.

Acumen Fund aims to create a world beyond poverty by investing in social enterprises, emerging leaders, and breakthrough ideas. Under Novogratz’s leadership, the fund has invested more than $72 million in 65 companies in South Asia and Africa, all focused on delivering affordable healthcare, water, housing and energy to the poor.

Prior to Acumen Fund, Novogratz founded and directed The Philanthropy Workshop and The Next Generation Leadership programs at the Rockefeller Foundation.

She is a member of the Council on Foreign Relations, and was recently named to The Daily Beast’s 25 Smartest People of the Decade. She is the author of a memoir, The Blue Sweater: Bridging the Gap Between Rich and Poor in an Interconnected World (Rodale, 2009).

She holds an M.B.A. from Stanford and a bachelor’s degree in Economics/International Relations from the University of Virginia. 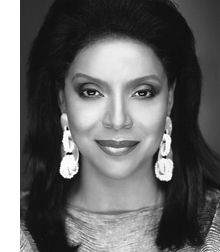 Phylicia Rashad is best known to TV audiences as Clair Huxtable on The Cosby Show. Successful, elegant, wise and loving, the character Rashad created remains a role model for working mothers everywhere. This fall, thanks to a generous gift from Academy Award-winner Denzel Washington, FCLC ’77, she took on a new role in which she brought those same qualities to students at Fordham’s Lincoln Center campus.

As the University’s first Denzel Washington Chair in Theatre, Rashad taught a semester-long course called “Creating a Character.” In helping choose Rashad, Washington said she “will provide the care, compassion and that extra push to help take students where they’re meant to go.” 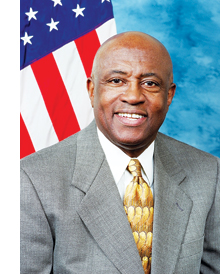 On November 2, 2010, voters in Brooklyn’s 10th Congressional District elected Edolphus “Ed” Towns to his 15th term in the United States House of Representatives, signaling their continued confidence in his leadership and ability to deliver for his constituents.  Over the course of a career in Congress that began in 1982, Congressman Towns has brought millions of dollars to a wide range of projects in the 10th District, the Borough of Brooklyn, and the City of New York.

As leader of the Congressional Social Work Caucus that he inaugurated during the 111th Congress, Towns has emerged as a champion for children and youth. He has spearheaded numerous forums on issues pertaining to children and youth and has introduced and co-sponsored legislation designed to support them.

He views his work in Congress through the lens of his commitment to improving the lives of others as a professional social worker and ordained minister. He is the author of Harvesting the Fruits of Power (Morton Books, 2010).
Towns holds an M.S.W. from Adelphi University, and a bachelor’s degree in sociology from North Carolina Agricultural and Technical State University.