On Oct. 6, an inaugural event celebrating the Mary Higgins Clark Chair in Creative Writing illustrated the power and importance of storytelling. 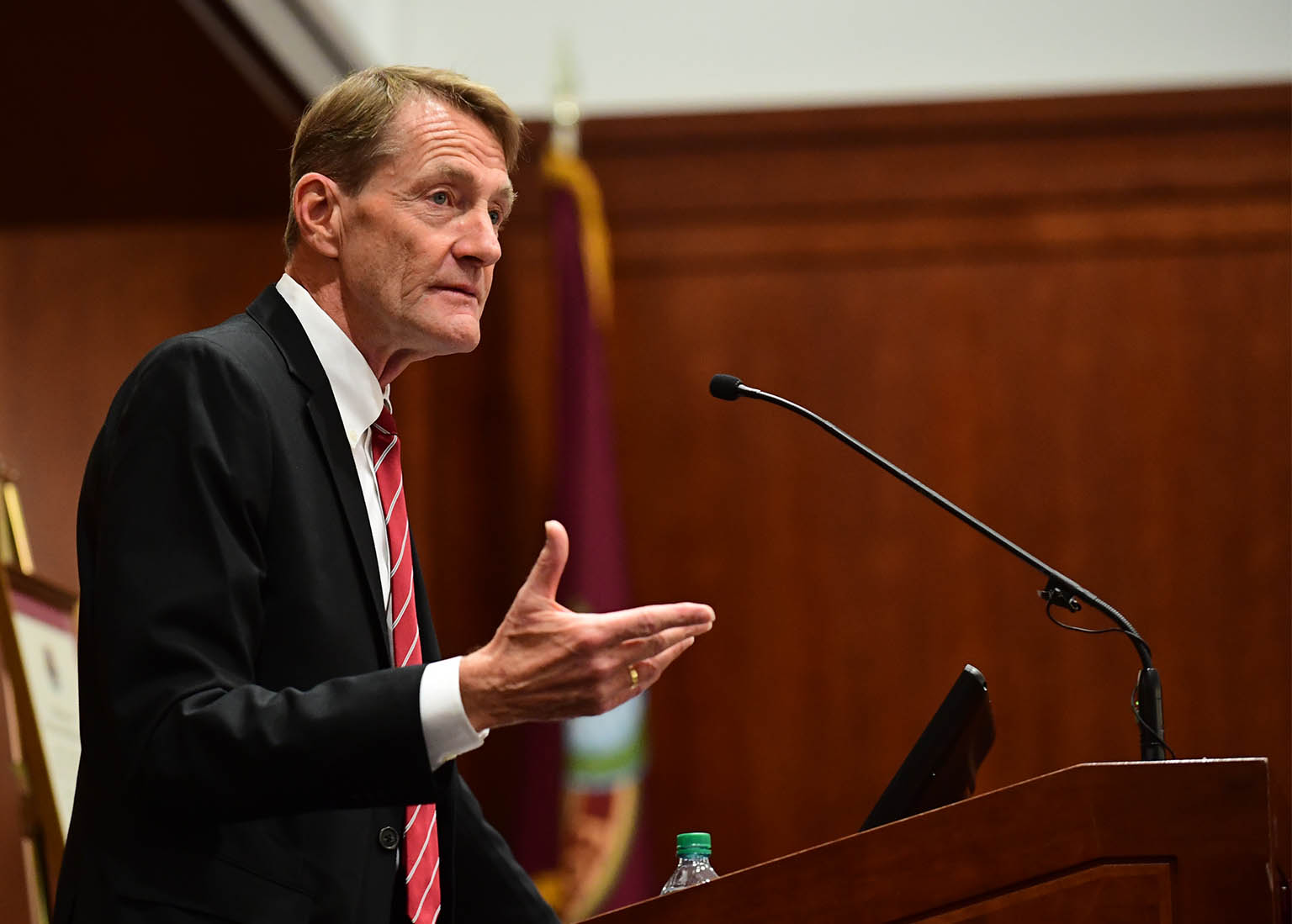 Lee Child gave the the evening’s lecture on the value of storytelling, particularly crime fiction.
(Photos by Chris Taggart)

Child is the author of the famous Jack Reacher novel series. His bibliography includes over 20 novels, all centered on Reacher, a character who is a drifter and assassin with a strong moral code. Child has also published more than a dozen short stories and has worked on movie adaptations of his books. His 21st Reacher novel, Night School, will be released in November.

Child said that when he began writing, he moved from the United Kingdom to New York and was astounded by the support he received from Higgins Clark, already a famous name in the genre. Her support of the crime writing community, said Child, changes authors for the better.

“Mary will let you know she is on your side,” he said. “Through her friendship, you learn how to become a better writer and feel you are associated with a legend.”

Child lectured on the instinctual power of storytelling and why stories—in particular crime fiction—mirror the human condition and give readers confidence. Crime fiction allows the audience to release frustrations and confront unfairness that they would otherwise not be allowed to in a civilized society.

“There is a reason stories are older than art and music,” said Child, noting that language has been around the longest. “It’s because they are necessary for our survival.”

In his introduction of Child, Leonard Cassuto, Ph.D., professor of English and American Studies, said that Child’s service is what sets him apart from fellow writers.

“He served as the president of the Mystery Writers of America and the International Thriller Writer Associations—service that he didn’t have to do,” said Cassuto. “He is a committed member of his community . . . one of the good guys.” 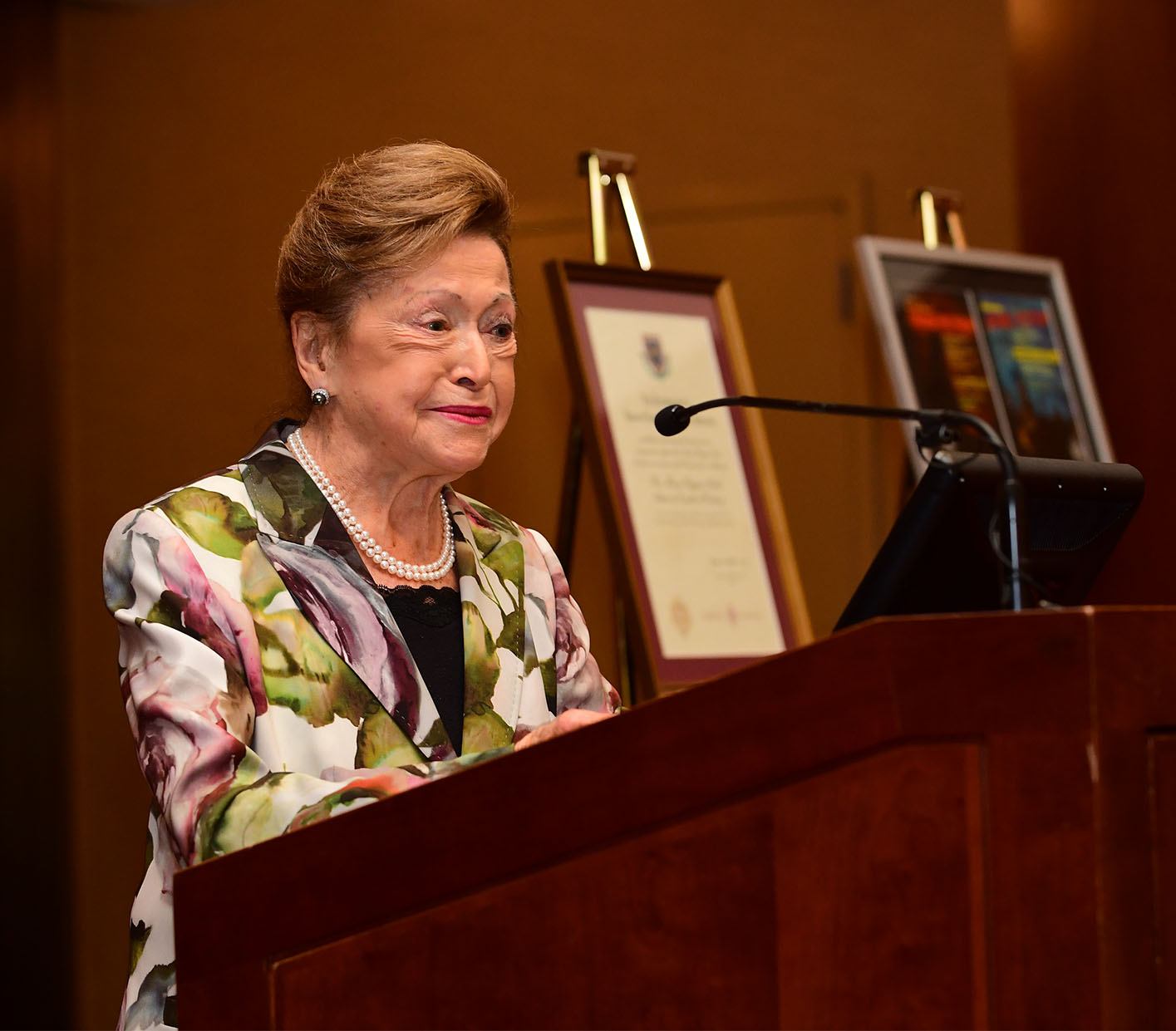 Higgins Clark, who turns 89 in December, was also in attendance. Since her graduation in 1979, she has become one of the University’s most noted alumni, acting as a member of the Board of Trustees, endowing scholarships, and challenging students with her insight and experience.

“Signing up for my first class was one of the happiest days of my life,” said Higgins Clark. “Graduating at 50 years old was also a happy day. It is a continuing joy that I am able to still be a part of this wonderful University.”

Joseph M. McShane, S.J., president of the University, likewise admitted to being star-struck by the talent in the room.

“I have to admit, I came here to see Lee as a fan,” said Father McShane, who confessed to taking the Reacher series on his flights to fundraising trips. “But I leave a student. I thank both of you for showing us the art, the magic, and the holy involved in storytelling.”