skip to main content
Return to Fordham University
You are at:Home»Inside Fordham»Columbian Controversies 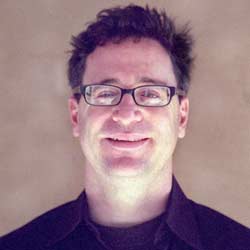 My office and classrooms are just down the street from the most notable monument to Christopher Columbus in New York City; his likeness stands atop a tall pedestal in the middle of Columbus Circle. In New York, Columbus and the holiday dedicated to him are most closely associated with Italian-Americans, who have long identified with the Admiral and his role in American history. In contrast, for other Americans, especially Native Americans, Columbus Day is not an occasion for celebration but a day of mourning and outrage.

Such controversies about Columbus and his legacies are irresolvable. Looking beyond the confines of New York City and the United States, we find that diametrically opposed views of the Admiral are widespread and venerable. Indeed, I might be exaggerating only slightly when I say that debate has raged in the Americas and Europe since Columbus’s first landing in the Caribbean. Was Columbus a man of science and religion who brought the gifts of European civilization to the shores of the New World? Or was he a greedy conquistador who set in motion the subjugation and destruction of Native Americans?

In my new book, The Conquest of History: Spanish Colonialism and National Histories in the Nineteenth Century (University of Pittsburgh Press, 2006), I explore an important chapter in the formation of these views. The subject is the struggle over historical monuments and memories in Spain and its last Latin American colonies, Puerto Rico and Cuba, on the eve of United States intervention in 1898. As Spain defended its sovereignty in the colonies by forging a common history, patriots in Puerto Rico and Cuba sought to define their own unique histories that differentiated them from the metropolis. Not surprisingly, Columbus was at the crux of these historical controversies.

For Spaniards, Columbus was the towering figure of modern history. His feats had forever transformed Europe and the Americas. To enshrine this triumphal vision of Columbus, Spaniards raised monuments to him in Madrid, Barcelona, Salamanca, Havana and other cities, depicted him in historical paintings, dedicated numerous scholarly studies and conferences to his life and work, and organized lavish commemorations of his accomplishments, including a nationwide celebration of the four-hundredth anniversary of his first voyage in 1892.

One challenge they consistently faced was convincing other countries of their claims to the Admiral and his memory. Italy, for instance, was a thorn in Spain’s side because of Columbus’s birth in Genoa. The Genoese raised a monument to him in 1847, causing much consternation in Spain. The local government, and later the Italian after unification, requested that Spain ship Columbus’s mortal remains to Genoa to be interred in the monument (the location of Columbus’s remains is still contested; but that is another story). Spaniards responded indignantly. One writer called Genoa “Columbus’s stepmother, moved by envy and spite,” against Spain, the true mother that “shelter[ed]and protect[ed]him and bestowed upon him all the honors he deserved.”

While they quarreled with the Italians, Spaniards were most concerned with the reception of Columbus in Cuba and Puerto Rico. It was generally not to their liking. Cubans and Puerto Ricans remembered Columbus and his feats in ways that criticized Spain. Or they depicted the Admiral as an agent of destruction, not of civilization.

For example, in 1892, the colonial government sponsored festivities in Havana to honor Columbus and to demonstrate the unity between Spain and Cuba. Cubans dissented. As a leading journalist observed, Spain hoped that Cubans had “forgotten all that divides and separates us.” But the Fourth Centennial could only remind them that: “since the first moment that Columbus discovered these lands, it was so the dominators would come and the dominated would be born here. Therefore, upon commemorating the day of the discovery the two sides must approach it with distinct sentiments. And as it must be, so it has occurred.”

Other writers looked beyond the divisions of contemporary colonial society to the deep history of conquest and the world it transformed. They did so because they wanted to find the origins of the Cuban and Puerto Rican nations in the pre-conquest societies of the Taíno Indians, not in the world made by the conquerors. One Cuban writer, José Güell y Renté, condemned Columbus in terms that sound familiar to us today: “He introduced the redemptive teaching of the cross . . . to Christianize and make happy the peoples of the islands of the American archipelago, the most gentle, the most generous, and the most hospitable in the world, as he himself confesses in his first letters to the Catholic Kings. He then sent them to be sold as slaves in Spain and exploited them, making them work on their native lands and property as slaves, so that through so much cruelty his sailors and soldiers depopulated the islands at the point of the sword.”

Though Spaniards publicly defended their claim to Columbus and his accomplishments, in private some of the leading intellectuals of the era admitted they were tired of the Admiral and the controversies his memory aroused. “Streets, plazas, promenades, circuses, theaters, shops, factories, ships, locomotives, and lighthouses all bear his name and authoritatively disseminate it. No name is so popular or so repeated,” wrote one critic. Perhaps a less ubiquitous and complicated figure could take his place in Spain’s national histories and monuments. The candidates put forward by Cesáreo Fernández Duro, Spain’s leading scholar of Columbus and his times, were unquestionably Spanish: the Pinzón brothers who helped finance the Admiral’s first voyage and accompanied him in 1492. Fernández Duro and his allies began a campaign shortly before the celebrations of 1892 to bring the Pinzóns to the fore. But they were not optimistic about diminishing Columbus’s standing. As one friend confessed in a letter: “the subject is delicate; one cannot knock over so many statues with one blow of the hatchet.” Like him or not, Columbus would remain the historical figure that stirred people to recall, defend, or denounce Spain’s conquest of the Americas and its many legacies.