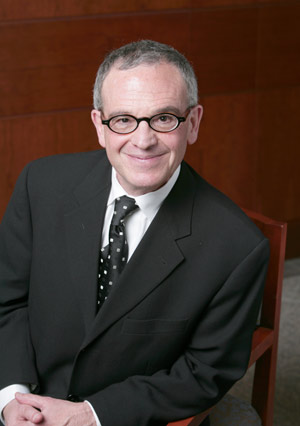 Stephen Freedman, Ph.D., senior vice president/chief academic officer at Fordham University, has been named a full member of the administrative board of the International Association of Universities (IAU), the organization announced.

“It is critical for the IAU administrative board to be as reflective of a global and inclusive association of higher education institutions and university organizations as possible,” said IAU Secretary-General Eva Egron-Polak, executive director, ex-officio, of the International Universities Bureau.

“Dr. Stephen Freedman, a board member from the United States, will play an important role in keeping his fellow board members and the IAU Secretariat aware of trends and developments in American higher education. As well, Dr. Freedman will, I am hopeful, help IAU grow its membership in the United States by successfully engaging issues that matter to U.S. university leadership.”

Freedman is a biologist with a doctorate in ecology and evolutionary biology. Before coming to Fordham in August 2007, he was academic vice president at Gonzaga University. He has 30 years of experience as an educator, researcher and university administrator, joining the faculty at Loyola University of Chicago after completing his doctoral degree in 1978 at the University of California at Irvine.

“I am very honored to accept the kind invitation to become a full member of the administrative board of the IAU,” Freedman said. “I passionately believe in IAU’s mission: The critical issues in higher education are increasingly global in nature, and require global solutions. It has been a privilege to serve as a deputy member, and I look forward to furthering the IAU’s work.”

Founded 50 years ago, IAU is a global forum in which higher education leaders come together to discuss, examine and act on issues of common interest and achieve shared goals through cooperation. The organization has 605 member institutions, representing almost every continent.