skip to main content
Return to Fordham University
You are at:Home»Faculty Profiles»Center’s Director Seeks Balance of Security and Justice

Nine years ago, Karen Greenberg, Ph.D., a professor of history, saw an unmet need in the legal field and decided to act on it. 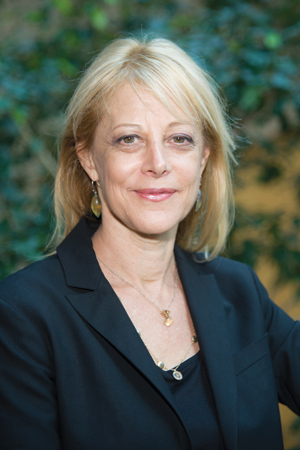 Karen Greenberg, Ph.D., says that in this election year, the main campaign issue will be economic security, not terrorism-related security issues.
Photo by Ben Asen

In the wake of 9/11, Greenberg, whose field of study was American politics and international affairs, applied for and received federal funds to help the New York University School of Law start a center on law and national security in 2003.

“Anyone who was in New York City on 9/11 instantly acquired an interest in the nation’s security,” said Greenberg, author of The Least Worst Place: Guantanamo’s First 100 Days (Oxford, 2009). “I thought, by helping NYU develop a center, I might make a difference in keeping people informed.”

This past September, Greenberg brought her expertise to Fordham Law as a visiting fellow, launching the Center on National Security (CNS). The center is one of a handful of its kind offering resources for issues related to national security. CNS’ mission is to educate the public and the policy-making world through research, public events, and private roundtables, Greenberg said.

The center’s most popular feature, she said, is its daily Morning News Service on terrorism and foreign policy issues. Last month the Center launched a second news service, the weekly CyberBrief. (To subscribe to either, send an email to nationalsecurity@law.fordham.edu.)

Greenberg describes CNS as a “think tank” on national security issues, ranging from violent extremism and terrorism to cybersecurity and economic security.

“Our role is to promote high-level discussions on how these issues are evolving at the judicial and policy levels and decide what informational resources will best contribute to the public’s understanding of our changing world,” Greenberg said. “We also try to provide reliable information and expertise to the media. If there is a national security issue that relies on non-partisan research in our areas of interest, we endeavor to present solid, informed data and analysis.”

Greenberg said she believes that Americans are living in an era of distrust in government, and this attitude carries over to the national security realm—
especially when narratives about national security issues are increasingly politicized. Americans also are living in trying economic times, which makes the climate ripe for extremists of all kinds. Anger against the government, Greenberg said, can be an important component of violent extremism at home.

Greenberg predicted that, in this election year, the preeminent campaign issue will be economic security, not terrorism related security issues. She acknowledged that the two are connected, however.

“The tide is against the sentiment that concerns itself with protections for the individual,” she said. “Until we can create an economic floor that makes the general population comfortable, the economic security issue will dominate and cause increased insecurity in other areas—this is completely understandable.”

The center employs six high-profile fellows, including Joshua L. Dratel, a criminal defense attorney with whom Greenberg has co-edited two books from Cambridge University Press; Haroon Moghul, a fellow at the Institute for Social Policy and Understanding; and Lawrence Wright, Pulitzer Prize-winning writer and author of The Looming Tower: Al-Qaeda and the Road to 9/11 (Vintage, 2007).

“Our job is to produce materials and to inspire discussions with leading thinkers and practitioners in our field, that can be useful to policy makers, analysts, and to the public at large,” she said. “We start by asking what information seems to be lacking in the discussion of a given topic, and whether or not the Center can find a way to help provide that information.”

One thing about gathering expertise on national security: Contrary to what one might expect, it can make a person feel more secure, Greenberg said.

“It’s not just because you learn about the great defense mechanisms the nation has; it is because knowing the facts is empowering. The anxiety of not knowing can be the greatest hindrance to rational, effective policies that protect our rights and our security,” she said.

“Being informed is a way of managing the new world.”