Fordham Libraries Director Linda LoSchiavo recalls a time in the 1950s when Catholic children “were taught by rote, memorizing questions and answers from The Baltimore Catechism.”

It was no wonder, then, that those same kids devoured popular comic books—even religious ones—the first chance they got. 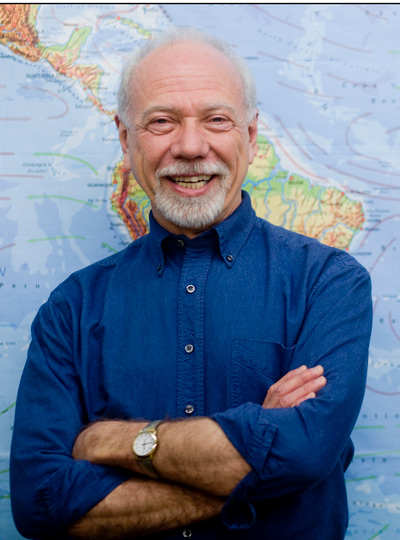 Last month, a former faculty member donated two-dozen rare copies of old Catholic comic books to the library’s archives. The books were from the series Treasure Chest and Topics, and had been distributed and widely read in Catholic schools from the 1950s to the late 1960s.

Donor Bert Hansen, Ph.D., said he bought the comics to research how medical heroes were depicted in American comics and other popular culture mass media.

“Public libraries don’t collect comic books, so they don’t get saved,” said Hansen, author of Picturing Medical Progress from Pasteur to Polio: A History of Mass Media images and Popular Attitudes in America (Rutgers, 2009). “Since I was looking for popular images related to medicine and doctoring, the comic book was where it was at—that, and Hollywood movies.”

Hansen, who taught in the Department of Natural Sciences at the Lincoln Center campus in the 1970s, said he limited his purchase of hundreds of comics to those that featured medical stories. The Catholic comics often featured American heroes with medical accomplishments, such as Walter Reed, Jonas Salk, and Albert Sabin, as well as plenty of “medically relevant saints.”

“What made the Catholic books different is that they included a saint in almost every issue,” said Hansen, a professor emeritus of history at Baruch College. “There was the Mother Cabrini story; there was Marguerite d’Youville, (who ran the General Hospital of Montreal) who was recently canonized. And there’s a story about Father Lazzaro Spallanzani, an 18th-century biologist and physiologist.”

LoSchiavo said she was an “avid reader” of the comics as a child growing up on Long Island. She welcomed the collection for an additional reason: “Besides Treasure Chest’s puzzles, games, lives of the saints, and devotional prayers, it also attempted to deal with issues like juvenile delinquency and social unrest at a time when these topics weren’t easily discussed in Catholic grammar school,” she said.

For now, Hansen is glad the fragile bits of memorabilia are safely stored in a temperature-controlled environment. But he also hopes their presence will inspire more donations of Catholic popular culture.

“As a historian, I hope we might find alumni who have some of these comics in their attic and didn’t know the library would like them,” he said. “What people might perceive as some funny old things are actually of interest to librarians, archivists, and scholars.”