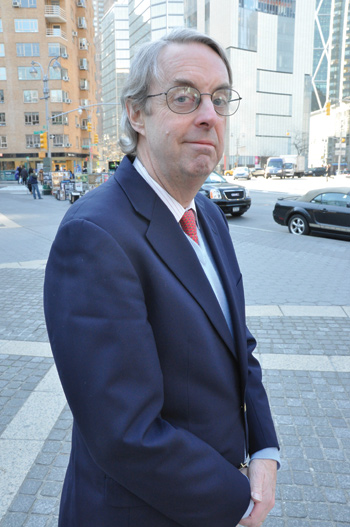 The issuing of bonds is one of the most basic tools that governments around the world have at their disposal for raising the capital necessary for growth. And yet predominantly Muslim countries like
Indonesia take the Koran’s prohibitions against interest, a key component of bonds, very seriously.

According to John Finnerty, Ph.D., professor of finance at Fordham’s Schools of Business and founding director of the Graduate School of Business Administration’s Master’s program in Quantitative Finance, all you need is a little financial engineering.

Finnerty was recently inducted into the Fixed Income Analysts Society Hall of Fame. His research has focused on innovative bond financing techniques, including designs to get around troublesome regulations and restrictions.

To get around Sharia prohibitions on fixed-income, interest-bearing bonds, bankers in the Middle East many years ago turned to Sukuk, which, according to Finnerty, are really “leasing structures.”

When someone purchases a bond, they’re laying claim to the cash flow from the bond’s interest payments. But under Shariah law, interest rates are considered a form of gambling, or funds not made from honest work—therefore prohibited. A sukuk, however, is designed in such a way that the buyer is technically not receiving the interest.

“It’s a form of asset-based financing. A financial person would say look, this is in effect interest, but nevertheless, bankers design these leasing structures so that they comply with the Koran’s restrictions,” he said.

Another aspect of creative financing, he said, is how interest rates—which determine how much a country will pay investors who hold a country’s bonds—are affected by trade volume on the international stage.

“Countries that have the tightest trading relationships also tend to have the strongest financial relationships,” he said. “As economies develop and [international]trading increases, they typically develop more sophisticated financial markets and closer financial ties.”

China is a good example of a nation developing financial sophistication. The country’s banks have thus far been able to support the need for economic capital on their own. The government will soon reach a point, however, when it will have to look abroad—as the United States and Europe currently do—for investors for its bonds.

“Their markets and ours are becoming somewhat more closely integrated,” said Finnerty. “There are still very tight controls on capital flows into and out of China, but you can
see the financial relationship starting to develop. That will evolve further as China continues to emerge as a world
financial power.”

One of the ways that emergence will manifest itself will be the issuance of yuan-denominated bonds to the international community, said Finnerty. Eventually, the Yuan could become a major currency alongside the U.S. dollar and the Euro.

Finnerty’s current research also focuses on “deepening insolvency.” There is a suspicion, he said, that many companies deliberately wait too long before declaring bankruptcy.

“Various constituencies may keep the enterprise going because they want to earn more fees,” he said. “Or in the case of management, human capital isn’t diversifiable, so they keep the business going longer than it otherwise would so they can stay employed and earn large salaries and generous bonuses.”

He and colleague Laura Gonzalez, Ph.D., have collected data from hundreds of bankruptcies. They plan to try and detect the point in time when the entity became insolvent, from an economic perspective.

“Between that point and the point where they filed for bankruptcy, what did they do? Did they borrow lots more money? Did management increase their salaries significantly? Did they sell off valuable assets? Did they do the things that someone would do if you expect them to prolong the agony, so to speak? We’re going to test that theory,” he said.

He’s also looking closely with another colleague, N. K. Chidambaran, Ph.D., at leveraged buyouts (LBOs), which occur when investors acquire a controlling interest in a company. Because much of the purchase price is financed through borrowing the leverage, there has always been a taint associated with the LBO debt.

“If companies go through this very radical financial change, it hurts creditors because you’re lending money to an entity with the expectation that it’ll be run a certain way—and suddenly you have this huge infusion of leverage, which dilutes the value. Investors may be concerned that the managers of an LOB’d firm might take further actions to their detriment, such as layering on another LBO.”

All of these areas reflect the life cycle of businesses, with bonds raising capital, LBOs serving as important change of control transactions, and bankruptcy bringing about the final and (ideally) orderly reorganization or liquidation of assets.

“In my research, I’m primarily looking at the role that bonds play in the life of the firm, but also at the markets in which they trade, and how these securities are priced,” he said. “They really are fascinating instruments.”