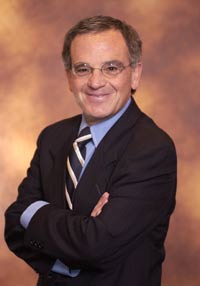 Freedman, a biologist with a doctorate in ecology and evolutionary biology, currently serves as academic vice president at Gonzaga University. He will replace Judith Mills, Ph.D., who has been serving as Fordham’s interim vice president for academic affairs since February 2006. Freedman will assume his new post on August 1.

“A seasoned administrator, Dr. Freedman brings to the University a reputation for collaborative leadership, a deep understanding of and commitment to Jesuit education, and a proven record of innovation,” Father McShane said. “Therefore, I am confident that he will lead the University as we strive to achieve the ambitious goals we set for ourselves in the strategic plan. I know the entire University community will join me in welcoming Dr. Freedman to Fordham, and wishing him well as he assumes his new post.”

Freedman has nearly 30 years of experience as an educator, researcher and university administrator. He joined the faculty at Loyola University of Chicago after completing his Ph.D. at the University of California at Irvine in 1978. He would go on to spend 24 years at Loyola, the last eight as dean of Mundelein College of Loyola University. During his tenure at Loyola, Freedman was a professor in the Department of Natural Science, and a member of the graduate faculty in the Department of Biology.

“I am pleased to become a member of the Fordham family, and I am grateful to Father McShane for his confidence in me,” Freedman said. “I look forward to working alongside new colleagues at such a highly regarded university. Fordham is well known for its Jesuit education and its breadth of high-quality academic programs. I look forward to helping to further the University’s mission, and the work of its faculty.”

In announcing the appointment, Father McShane thanked Mills for “the extraordinary work that she has done for the University since she stepped in to serve as the interim vice president for academic affairs.”

“I do not think that it is wide of the mark to say that she has enriched and advanced the University beyond measure with her generous and creative service and her collegial manner,” Father McShane said. “Therefore, we are all in her debt, a debt that I am happy to acknowledge on behalf of the entire Fordham community.”

Freedman has been at Gonzaga University in Spokane, Wash., since 2002 and has an academic appointment as a professor in the Department of Biology in addition to his duties as academic vice president. An active scholar, he has authored or co-authored more than 20 scholarly articles, and has received numerous grants to support his research in biology, curricular development and educational leadership.