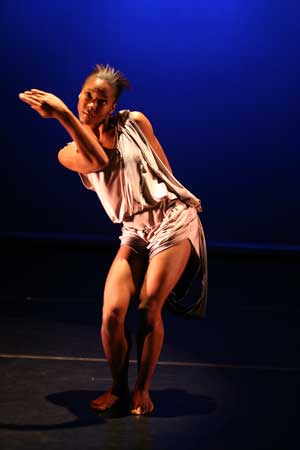 The 2008 graduating class of the Fordham/Ailey BFA program drew enthusiastic, prolonged applause on April 14 as the cast of 20 dancers leapt, rolled and plied onstage for friends and family in their final performance.

The student artists performed in five choreographed numbers, including a world premiere work by Jacqulyn Buglisi, “Prologue for Five Songs,” a pastiche of musical styles ranging from blues to ragtime. Following the performance, held at the Ailey Citicorp Theatre, the dancers greeted family members and fellow students for a bittersweet finale.

“The reality that we’re graduating has hit me in parts, but I’m expecting it full swing any moment,” said Maresa D’Amore-Morrison, a senior from Boston.

The competitive four-year program, which received some 350 applications for the class of 2012, accepts approximately one out of every 10 applicants. The intimate nature of the program, according to its students, leads to close-knit relationships over the course of four years—especially in a field that is known for being competitive and demanding in terms of time, focus, energy and discipline.

“Because there are so few of us, there’s a real sense of camaraderie,” said Jeremy McQueen, a senior from San Diego, Calif. “You could say we’ve grown up together as dancers and now we’re getting ready to move into the real world.”

Since the Ailey/Fordham program also offers an academic curriculum, program director Ana Marie Forsythe said that a quarter of the dancers have earned academic minors along with their dance degrees, and one student is completing a double major.

“Having a Fordham degree is a very big safety net for a dancer,” Forsythe said. “It offers flexibility, and [some]end up using both parts of the degree—dance and academic.” Forsythe said that about half of the graduates have an apprenticeship or a company job.

D’Amore-Morrison will be apprenticing with the Urban Bush Women dance troupe in Brooklyn. McQueen will be joining a regional cast of the Broadway play Contact, but he adds that he would one day like to apply his concentration in media studies to a graduate degree in arts 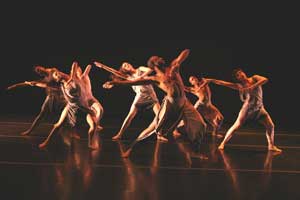 Graduating seniors perform at the Ailey/Fordham Senior Recital on April 12. The competitive dance degree program accepts one in ten applicants.

“I’d love to go to grad school, but right now my life is hectic as a professional dancer,” he 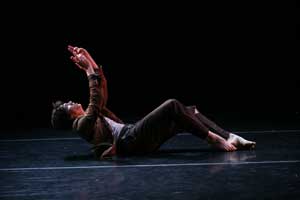