Super Bowl 50 wasn’t much of an exciting game on the field, but its half-time show featuring Coldplay, Beyoncé, and Bruno Mars, drew about 115.5 million viewers – and some controversy. Beyoncé’s portion of the show, in particular, has triggered debate over her apparent tribute to the Black Panthers Party, which has led police departments across the country to take symbolic stands against the singer, some vowing to boycott her upcoming tour.

Fordham’s Garrett Broad, an assistant professor of communications and media studies, penned a new piece for The Huffington Post about the importance of the Black Panther Party’s anti-hunger initiatives during its heyday. His piece critiques the absence of this story from mainstream history and the mainstream food movement, and describes the role it plays in shaping the actions of food justice activists. 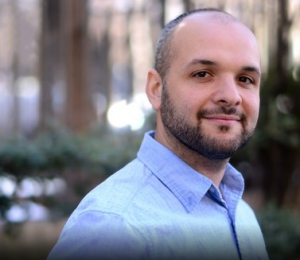 Broad, the author of the recently released More Than Just Food: Food Justice and Community Change (University of California Press, 2016), says the food justice aspect of the Black Panthers Party is a “story that often goes untold, both in media narratives about the Panthers and throughout the food movement itself.

“Setting the BPP’s flaws aside – the truth is that at a moment when Black Americans were suffering from widespread hunger, sickness, unemployment, and police violence, the Black Panther Party was there to try to fill the gaps that institutional racism and government negligence had created. The late 1960s saw the Panthers develop a host of community-based initiatives, with chapters across the country shifting their focus away from armed militancy and toward the development of “survival programs” — survival pending revolution, of course,” he writes.

Read his entire piece here, and then read our story on Broad’s new book.

(Top photo: Charles Bursey hands a plate of food to a child seated at a Free Breakfast Program. Photograph via Pirkle Jones and Ruth-Marion Baruch/National Geographic)