skip to main content
Return to Fordham University
You are at:Home»Fordham Magazine»Books»Zero K 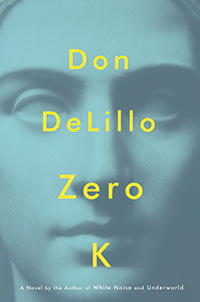 Don DeLillo’s haunting 16th novel begins as the narrator, Jeffrey Lockhart, a mid-30s New Yorker who spends his “days in middling drift,” approaches the Convergence—a mysterious facility in the steppes of southern Kazakhstan, where the dead and dying are cryogenically preserved in anticipation of a time when their minds and bodies can be “restored, returned to life.” Videos of natural and man-made disasters are shown in the facility’s hallways, reminders of what the techno faithful are leaving behind. Jeffrey’s father, Ross, a billionaire financier, is deeply invested in the utopian project. He’s brought his son to the remote facility to say goodbye to Artis, Ross’ terminally ill second wife, before she makes the “transition to the next level.” When Ross informs a skeptical, increasingly angry Jeffrey that he intends to join his wife on the journey, father and son move toward their own fateful convergence—and readers are moved toward a sense of wonder at the fragile beauty of our daily lives amid the “intimate touch of earth and sun.”