When Alfred Hartmann, M.D., FCRH ’32, was stationed in France during World War II, he received a pocket-sized prayer book from Fordham. Sometime in 1944, the young doctor composed a thank-you letter to the University. He wrote that the book reminded him of the importance of faith, and let him know that he had not been forgotten.

It was an important reminder during dark, perilous times. Hartmann participated in the D-Day landing at Normandy and several other brutal battles with the Army’s Fourth Infantry Division. His Fordham heritage, he wrote, had become “an infallible yardstick in peace and a mighty bulwark in war.”

Hartmann’s son, Alfred Hartmann Jr., M.D., FCRH ’63, discovered the letter among his father’s things after his death in 2000 at age 89. “It says a lot about his relationship with Fordham, and Fordham’s relationship with the world,” he said.

Hartmann may never have had the chance to send his letter, but FORDHAM magazine is proud to share his enduring message of faith and gratitude with our readers.

The full text and an image of the letter appear below.

Men of Fordham on the Campus,

Your “Catholic Prayer Book for the Army and Navy,” via a circuitous mail route, reached me here. I want to thank you for a most thoughtful and useful remembrance. It gives a man a lift to realize that he is not forgotten, and the prayer book, by virtue of its pocketing ease, is a real adjunct to the service man.

When still on the beaches I used to ponder over such seemingly unnecessary incongruities as “good is derived from evil.” It is unfortunate that it takes a world holocaust to revive the merits of such institutions as Peace, the Home, Loyalty, Friendship and the like. It is too bad that man’s more shallow criteria of success are adequately exposed only by a global upheaval.

That “man does not live by bread alone,” furthermore, is proven conclusively only by the advent of chaos and sudden death. It takes more than finite equipment to weather the exigencies of total war. Without the sanctuary of our Faith, the multiple heartaches of the present added to the unknown and ominous forebodings of the future could drive men to the point of despair.

Fordham has always taught, teaches, and will continue to teach the true worth of human institutions, and the Faith without which mankind gropes in exterior darkness. What is more, Fordham propounds these principles even in the absence of … catastrophe. She affords to her matriculants the ability to evaluate the world about us, and to derive benefit from good times and evil times alike.

I am proud of my Fordham heritage. It is a heritage that becomes an infallible yardstick in peace and a mighty bulwark in war. It is the intangible something-extra which always pays dividends in the heart. You too will come to the realization of this appreciation, as even now “with prayerful remembrance from the Fordham Men on the campus” indicates. 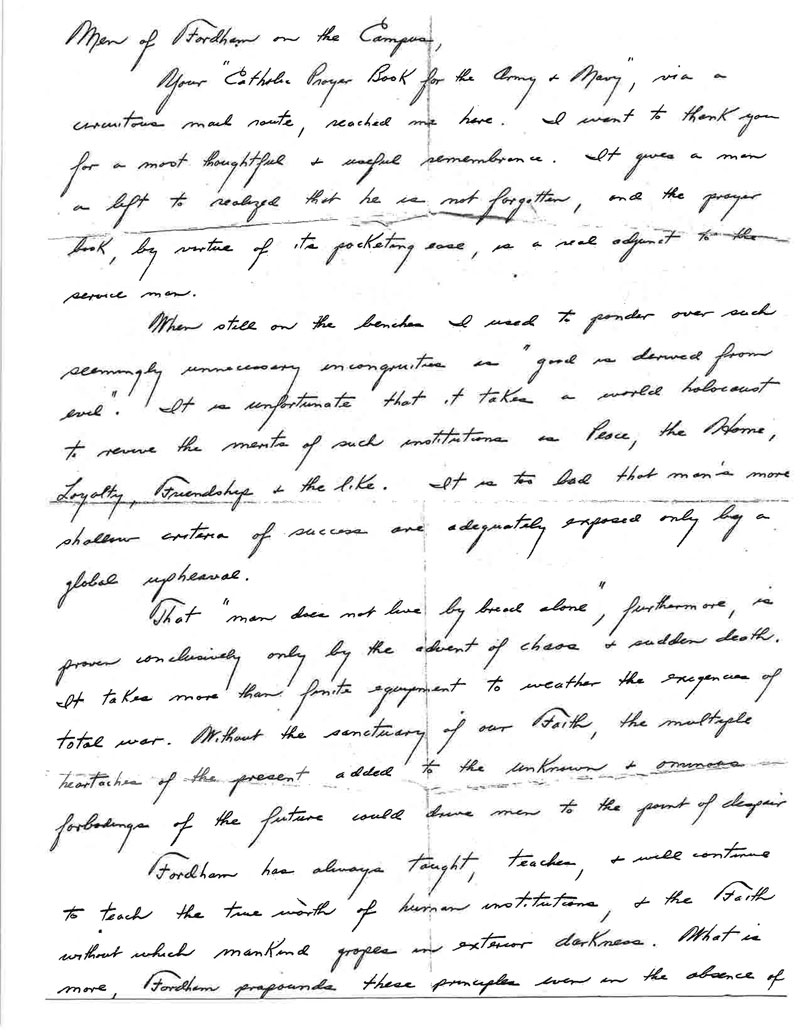 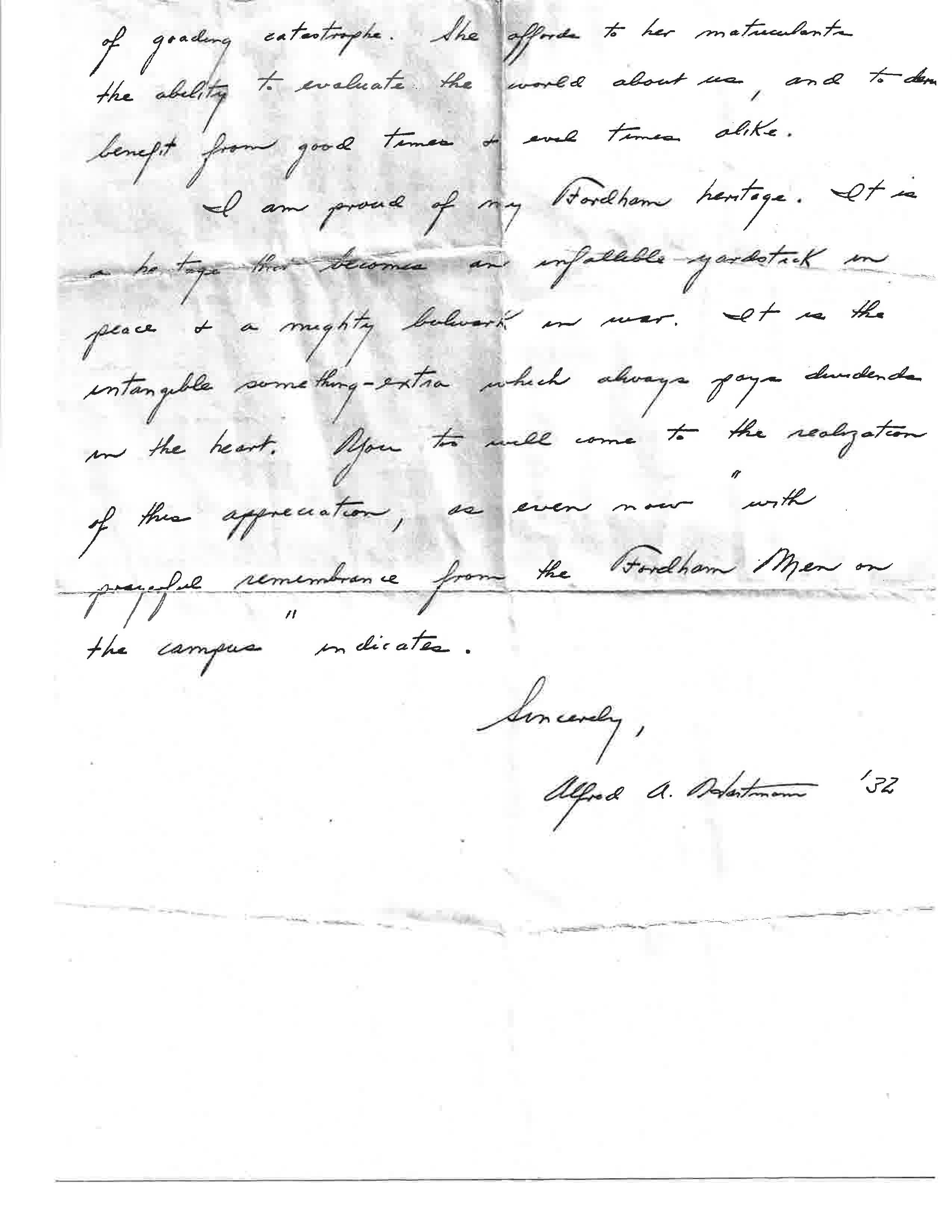