skip to main content
Return to Fordham University
You are at:Home»Fordham Magazine»Alumni News»In TV Interview at Fordham, Denzel Washington Shares His Love for Acting—and Creating Opportunities for Others

Denzel Washington is back on Broadway this spring, leading what The New York Times has described as an “energetic interpretation” of Eugene O’Neill’s “behemoth barroom tragedy,” The Iceman Cometh.

It’s a return to roots for the acclaimed actor, who in December 1975 made his New York stage debut in a Fordham Theatre production of another O’Neill play. 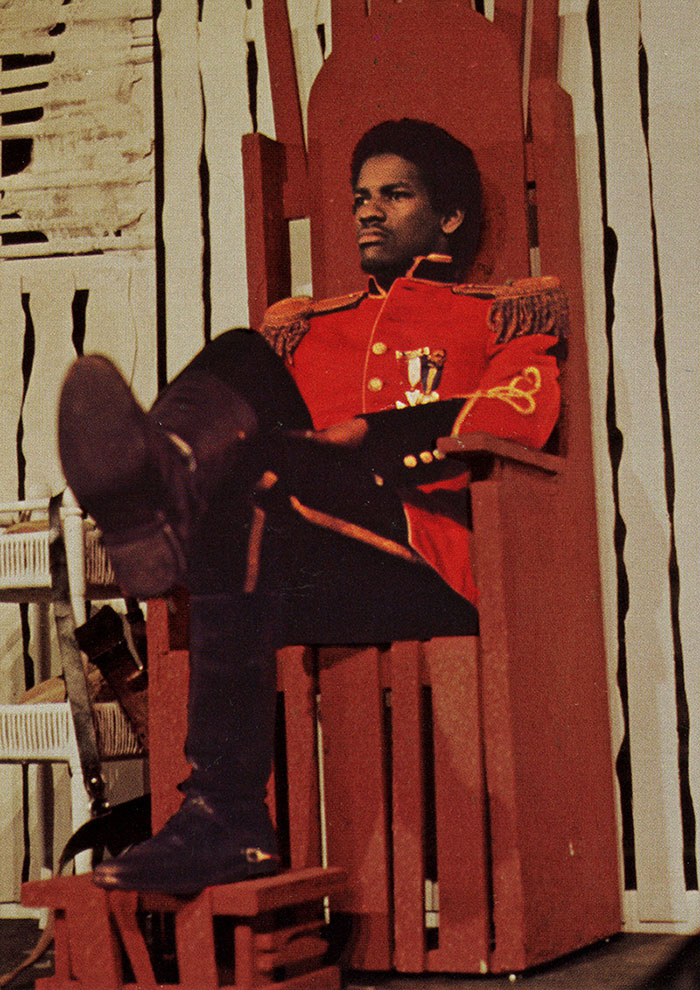 Denzel Washington, FCLC ’77, in a 1975 Fordham Theatre production of “The Emperor Jones”

“You know, my first role on stage, when I was a student at Fordham, was in The Emperor Jones,” he recently told the Times. “I’ve always loved O’Neill. And here I am, 40 years later, coming back to him in Iceman.”

Washington, who has been nominated for a 2018 Tony Award for best actor, also recently returned to Fordham’s Lincoln Center campus. On a Friday last April, he surprised some students in the Lowenstein Center cafeteria and on the plaza after sitting down in Pope Auditorium with CBS News reporter Michelle Miller.

In an interview broadcast April 29 on CBS Sunday Morning, Miller talked with the star about his four-decade film and stage career, which includes two Oscars, one Tony, and a Golden Globe for lifetime achievement.

“I just do what I do,” he said. “I don’t analyze it, I don’t overanalyze it, I try not to read about what other people think I’m doing. It’s not that precious to me. I’m just doing what I know how to do and what I love to do.”

The quality that sets Washington apart, according to George C. Wolfe, director of the Broadway revival of The Iceman Cometh, is his ability to use “all his skill set to disappear inside of the characters.”

‘Watching This Generation Take Off’

Miller reminded Washington of comments he made nearly two decades ago regarding the relative lack of opportunities for black actors. “I see how the playing field is laid out, and it’s not level, you know; it’s not fair. You can still bump your head, you can go but so far,” he told CBS News’ Ed Bradley in a 2000 interview on 60 Minutes.

When Miller asked Washington if things have gotten any better today, he noted the tremendous box-office success of the film Black Panther. He also reflected on his own standing as a role model, particularly for younger generations of African-American actors.

“I’m proud as a father might be,” he said. “I’m not finished the race, but I feel like I’ve passed the baton. When you run a relay race, when you hand the baton off, you still run about 20, 30 yards behind the next person. So I’m still running, but I’m enjoying watching this generation take off.”

Miller noted that Washington is in a position to help others in his field. “You’re a producer, you’re a director, you hire people—that’s power,” she said.

Which is something Washington has been doing at his alma mater for a long time. In 2011, he established an endowed scholarship fund and an endowed chair to offer Fordham Theatre students positive influences, like the kind he received from his Fordham mentor, Robinson Stone, who once predicted that Washington’s talent would be “among the most exciting and fulfilling of our time.”

Washington’s example and his unassuming generosity are not lost on Eric Lawrence Taylor, the current recipient of the Denzel Washington Endowed Scholarship.

“In a very cool, non-publicity-seeking way, Denzel Washington has been mentoring artists of color for a long time and really providing space for a lot of us to succeed,” said Taylor, a Fordham College at Lincoln Center senior. “I would not be here right now without this scholarship,” he added, noting that by supporting Fordham students, Washington has shown that he has “not forgotten where he came from.” 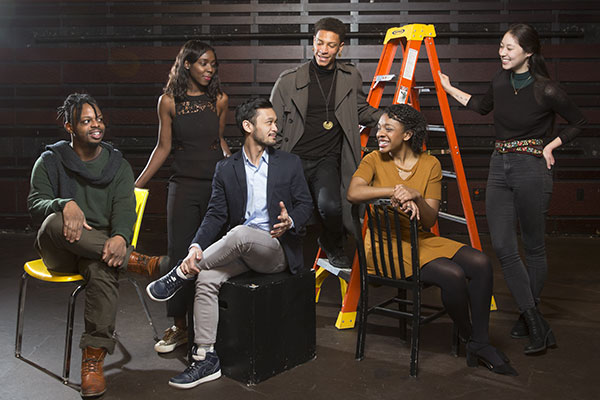 The Iceman Cometh recently began a 14-week run that ends on July 1, shortly before Washington’s next feature film, The Equalizer 2, opens in theaters nationwide.

A group of Fordham alumni, faculty, and friends is planning to attend the May 10 performance of the play. The event, which includes dinner before the show, is currently sold out, but there is a waiting list. More info here.