skip to main content
Return to Fordham University
You are at:Home»Fordham Magazine»Books»Truth in Fiction: Three Novels by Three Fordham Women 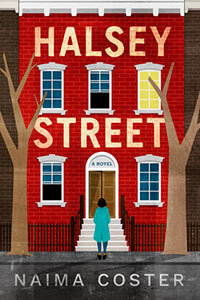 Halsey Street: A Novel by Naima Coster, GSAS ’12 (Little A)

After five years on her own in Pittsburgh, former artist Penelope Grand returns to Brooklyn to live near and care for her ailing father, Ralph. She finds a job as an art teacher and sees a Bed-Stuy neighborhood rapidly gentrifying. There’s a wine bar where the Puerto Rican deli used to be, and her father’s once-iconic shop, Grand Records, has been replaced by an upscale health food store.

Before long, she receives a postcard from her mother, Mirella, who left behind “her misery and her husband” to return to her native Dominican Republic. In this sure-handed debut novel, Naima Coster tells the Grand family saga, shifting back and forth in time, poignantly charting each member’s journey toward a shot at reconciliation and understanding. 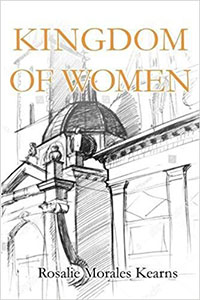 In a near-future United States where the internet and other modern technology has been dismantled, and violence against women goes largely unchecked, some women have formed a pacifist matriarchal country called Erda in the former North Dakota; others have begun taking justice into their own hands.

This is the world that Averil Parnell must navigate. She is the world’s first and only female Catholic priest, whose sister seminarians were gunned down at their ordination ceremony. As she begins an affair with a sadistic man, befriends an icy female assassin, and starts experiencing religious visions, Averil’s sense of her own purpose is tested. Rosalie Morales Kearns, also the author of the magical-realist short story collection Virgins & Tricksters, has written a first novel tailored for the recent revival in popularity of dystopian literature. Her disturbing depiction of a society on the brink of a major political upheaval serves as the backdrop to Averil’s story, which may lead readers, like the novel’s characters, to question the price of both action and inaction in a chaotic world. 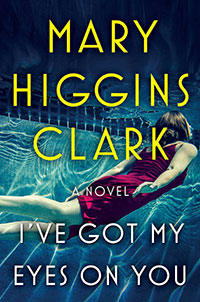 I’ve Got My Eyes on You by Mary Higgins Clark, FCLC ’79 (Simon & Schuster)

More than four decades after publishing her first mystery, the “Queen of Suspense” is still thrilling audiences—her most recent novel debuted at No. 1 on The New York Times hardcover bestseller list.

When her 18-year-old sister, Kerry, is found dead in the family pool after an unsupervised party, Aline dives into the investigation, doing what she can to help the detective in charge solve the crime. Should they be suspicious of Kerry’s boyfriend? Was someone else watching her the night she died? Mary Higgins Clark’s latest book leaves Aline and readers asking themselves who anyone can really trust.

It’s her 37th suspense novel—she first hit the bestseller list while at Fordham, when she was a widowed mother of five studying philosophy. Last December, her publisher threw her a 90th birthday celebration, and Fordham alumna Lynn Neary, TMC ’71, was there to cover it for NPR. With characteristic self-deprecation, Higgins Clark told her that writing is the only thing she’s good at, and so she plans to keep doing it. “If the fairy godmothers come to the cradle,” she said, “the one who might have left me a singing voice was out of town.” She had just signed a new two-book deal.