skip to main content
Return to Fordham University
You are at:Home»Fordham Magazine»Features»Treasures from the Archives

The Fordham Libraries contain 22 maps of Dutch New York and early New England, including the one shown above, which was made in 1671. The maps were a gift from Bert Twaalfhoven, GABELLI ’52, who grew up in the Hague and whose family lost everything when their home was bombed during World War II. In 1948, Robert I. Gannon, S.J., then president of Fordham, gave Twaalfhoven a scholarship to the University. “I left Holland on the SS Volendam with $20 in pocket money,” he has written, calling Fordham “a life-changing experience.” He later earned an M.B.A. at Harvard and went on to a long career as an entrepreneur and venture capitalist. 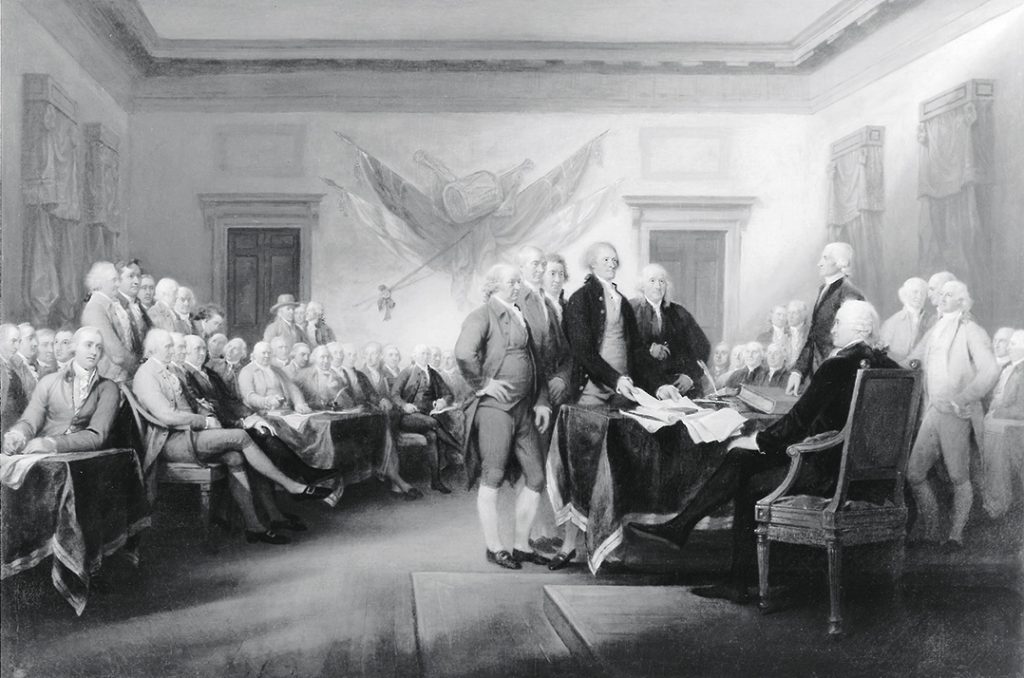 The Declaration of Independence, 4 July 1776 (above) is perhaps the best-known painting by John Trumbull (1756–1843), widely considered one of the founding fathers of American Art. The Fordham University Libraries’ Charles Allen Munn Collection of Early Americana includes 36 Trumbull drawings as well as 58 letters, diaries, and papers of George Washington, Benjamin Franklin, Paul Revere, and others of the Revolutionary period.

62. Hellzapoppin’ Was “The Greatest LIFE Photographer” 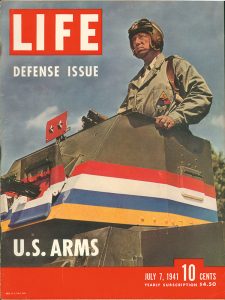 One of the Fordham Libraries’ treasures is a complete collection of LIFE magazines, a gift of the late George Weisskopf, FCRH ’41. That includes the July 7, 1941, issue featuring Gen. George S. Patton in a cover photo taken by Fordham alumnus Eliot Elisofon, GABELLI ’33. Elisofon—or Hellzapoppin’, as Patton called him—grew up on the Lower East Side, a son of Latvian Jewish immigrants. As a teen, he worked to support his family and took night classes at Fordham, earning a B.S. in 1933. By the time he crossed paths with Patton, he was in the habit of calling himself “the greatest LIFE photographer.” When one of his editors at the magazine told him he really should stop doing that, Elisofon agreed. “You’re right,” he reportedly said. “You should be doing it for me.”

63. We Have a Judaica Collection 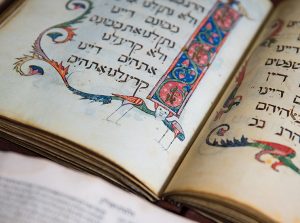 In November 2015, Fordham installed Magda Teter, Ph.D., as the inaugural Shvidler Chair in Judaic Studies—a position created with a $3 million gift from Fordham alumnus Eugene Shvidler, GABELLI ’92. Since then, she has been assembling a collection of rare Hebrew scrolls and books. “My students are always shocked when I bring a 500-year-old book to class,” she says. “They’ve never touched something that old.” This fall, the University launched an interdisciplinary minor in Jewish studies, and with support from an additional gift from Shvidler, Fordham will soon establish a Jewish studies center.

64. Our Website Hosts a Repository of Primary Documents from the Middle Ages to the Present

In 1996, when the web was still in its infancy, Fordham’s Center for Medieval Studies helped graduate student Paul Halsall, GSAS ’99, bring dusty old texts into the digital age. Since then, Fordham’s Internet History Sourcebooks have earned a global reputation as a go-to source for reliable English-language translations of primary documents from the Middle Ages to the present, accounting for more than 500,000 monthly visits to Fordham’s website. “The large number of graduate applications we get because of the Sourcebooks shows [their]true reach,” said Maryanne Kowaleski, Ph.D., Fordham’s Joseph Fitzpatrick, S.J., Distinguished Professor of History and Medieval Studies.

65. Our Museum’s Ancient Objects Give Students a Feel for the Classics 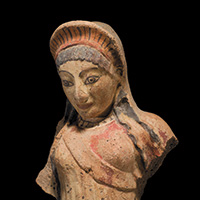 The Fordham Museum of Greek, Etruscan, and Roman Art— dedicated in December 2007—features 260 antiquities dating from the seventh century B.C. through the third century A.D. The collection was donated to the University by alumnus William D. Walsh, FCRH ’51, and his wife, Jane, from their private collection. Walsh, a lawyer and venture capitalist, studied Greek and Latin at Fordham. “If you are a classics major or minor, as I was, you can’t get a feel for classics in books alone,” he said at the museum’s opening. “Seeing [the objects]gives people a feel for it.” 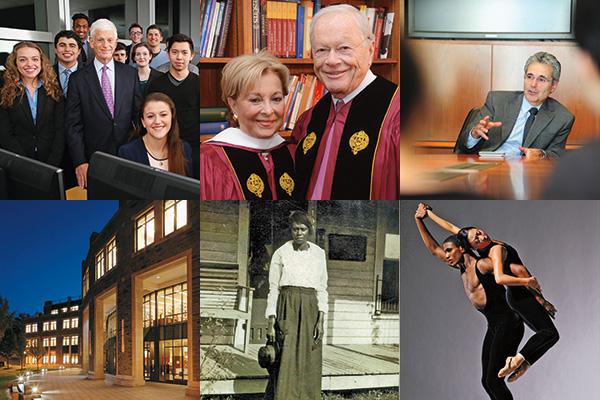