skip to main content
Return to Fordham University
You are at:Home»Editor's Picks»The ‘Wild’ Creativity of Choreographer Turned Filmmaker Jeremy McQueen
Elijah Lancaster in Jeremy McQueen’s “WILD: Act 1.” Photo by Matthew Murphy.
“There was no option for me to be like, ‘Oh, we’re just going to sit this out.’”

That is how choreographer Jeremy McQueen, FCLC ’08, a graduate of the Ailey/Fordham BFA in Dance program, describes his response to the COVID-19 pandemic.

As the artistic director and choreographer of the Black Iris Project, the collaborative dance company he founded in 2016, McQueen experienced the kind of upended plans so many in the arts have dealt with since last spring. He had been scheduled to begin a two-week residency choreographing for Nashville Ballet last May when the pandemic forced the company to cancel the rest of its season.

After the loss of that gig and the postponement of several planned Black Iris Project pieces, McQueen focused on a work he had been considering for some time: a ballet film about New York City youth in the juvenile justice system, taking inspiration from Maurice Sendak’s 1962 Caldecott Medal-winning children’s book, Where the Wild Things Are.

McQueen is releasing the film, WILD, in four parts. After premiering on BronxNet television on March 13, the second part, WILD: Act 1, is available for streaming rental until April 11. The first part, WILD: Overture, aired in November. 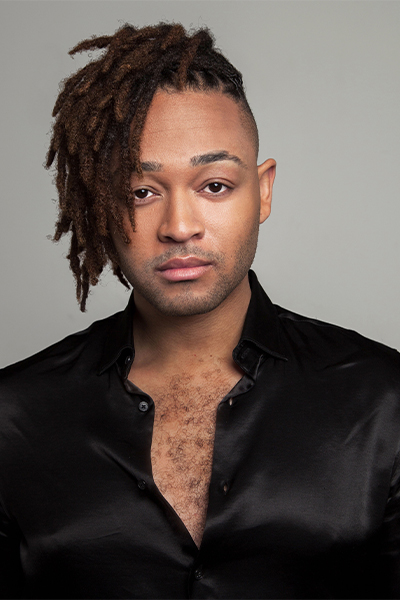 As a director and choreographer, McQueen took inspiration not only from Sendak’s book but also from a photograph by Richard Ross that he saw at the Equal Justice Initiative’s Legacy Museum in Montgomery, Alabama. The photo serves as the cover of Ross’ book Juvenile-in-Justice, part of a multimedia project examining the harsh conditions faced by youth placed in the juvenile justice system.

WILD: Act 1 follows a boy, played by Ailey II member Elijah Lancaster, as he seeks to mentally escape from the claustrophobic room he has been placed in at a juvenile detention facility on his 14th birthday. Through movement, along with music, illustrations, video projection, and audio recordings of interviews, the piece explores the effects of isolation and trauma on the young people who are held in confinement.

“I think this is probably one of the most striking works that I’ve created to date,” says McQueen, whose previous filmed ballet, A Mother’s Rite, was nominated for a New York Emmy Award in 2020. “It’s definitely one where I’ve taken greater risks than I’ve ever thought I could take.”

Part of that risk, according to McQueen, involves wanting to make sure he is properly telling the stories of a group of young people whose voices often go unheard. While he says that he has received positive feedback from practitioners in the juvenile justice field—as well as attention from The New York Times—he is staying attentive to the subjects of the work.

“One of the biggest things that keeps me up at night is wanting to make these young people proud,” he says. “It’s less about the accolades or what can come from it, but I’m constantly focused on how I am able to hopefully adequately amplify the voices of these young people.” 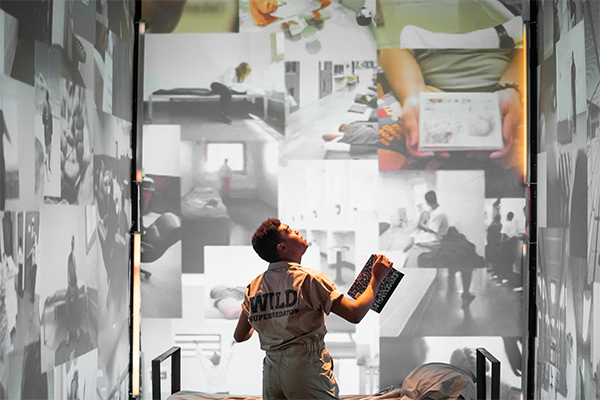 While the pandemic prevented McQueen from filming the piece in a juvenile detention center, which was his original goal, he was able to find creative ways to stage the piece safely. He and his dancers rehearsed the piece both on Zoom and in person during a two-week “bubble” residency at Vineyard Arts Project in Martha’s Vineyard, Massachusetts, and it was shot without an audience by cinematographer and editor Colton Williams in the black box theater at the 14th Street Y in New York City.

According to McQueen, completing the project was never in question.

“You have to figure out a way to do this, because if you don’t, you’re just going to vanish,” he says he told himself. “You have to continue to have a presence in some kind of way, and to shift your mission to still connect with community, even if that means connecting with them virtually.

“Art has always been so healing for me,” he added. “It was important to me that I continue to let my art heal me in the sense that this project has been incredibly cathartic for me, but also for other artists that [were]so needing of work and opportunities to creatively stay inspired and stay engaged.”

Along with Williams, the dancers, and a number of visual artists who contributed to the piece, McQueen collaborated with several musicians who provided both commissioned and existing songs to the piece’s mixtape-style soundtrack, including the singer-songwriter Morgxn, whom McQueen had originally been paired with for the residency at Nashville Ballet; former Hamilton cast member Phillip Johnson-Richardson, who goes by the moniker Phil.; and R&B artist Brittany Campbell.

McQueen says that he has learned a lot about directing by diving into the work and experimenting, an approach for which he credits Ava DuVernay, director of films including Selma and 13th, as an inspiration.

“The best way to learn is just to start, and that’s one thing that I’ve really held close to my heart from her teachings,” he says. “Don’t worry about not having the degrees or the credentials, just start playing. A lot of these things I’ve learned how to do out of necessity—figuring out how can I do this and what creativity can I bring to the table to truly diversify the industry in such a crowded dance market.” 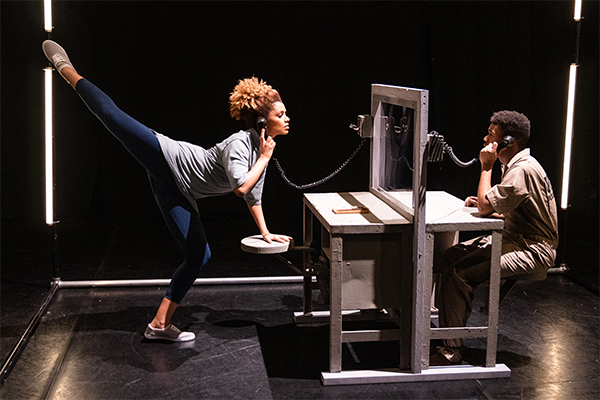 ‘Bringing All of Myself’

McQueen’s plans for the remaining two parts of WILD speak to his ambition and creativity. For the third part, Entr’acte, he is staging a socially distanced bike excursion throughout the Bronx, where audience members will travel to five locations. At each one, a dancer will tell the story of a young person from the borough who has been impacted by the criminal justice system. And in the fall, he will premiere the final part, Act 2. McQueen says that when he is able to tour the piece, he plans to stage the Entr’acte bike excursion prior to the stage performance in each tour city.

And once all parts have aired, McQueen has even bigger plans for WILD.

“Our goal is Netflix or HBO or Amazon Prime, some sort of worldwide streaming platform,” he says. “That’s one of our goals for this package of WILD with all four parts: being able to see and experience dance on those platforms in ways that we haven’t been able to do. There are TV shows about dance. There are dance documentaries. But there’s not really a dance film of this caliber or nature yet, and we’re hoping to be one of the first to do that.”

Regardless of where WILD takes him, McQueen makes it clear that he will continue to tell the stories he feels are important, even if they have not traditionally been given exposure on ballet stages.

“One of the things that I have to stand very firmly about is being able to bring all of myself,” he says of how he will choose future projects and collaborations. “I feel like in the past, only parts of my Blackness, only parts of my being, were accepted or allowed to be brought into the room.

“I understand that you have to understand your audience, but I also think that it’s important to push boundaries. That’s the only way we can really grow as individuals and as an artistic [community], is to strip away the veil and talk about what’s really happening in our country.”