Fifty years ago, three FBI agents came calling at an apartment in southeast Washington, D.C., during a hunt for a bank robbery suspect. Only one of the agents would survive what happened next.

A man answered the knock at the door. The agents didn’t know it was the suspect they were seeking. After exchanging some tense words with the agents, he pulled out a revolver and shot and killed two of them, Anthony Palmisano and Edwin Woodriffe, GABELLI ’62. He fled the apartment through a window, and city police and FBI agents captured him a few hours later.

Today, the murder of the two agents still resonates—both were only in their late 20s, part of a tight-knit cohort of young agents in the FBI’s Washington field office, some of whom still vividly recall the events of that day, January 8, 1969. And the killings were shocking for another reason. Woodriffe, 27 at the time, became the first black FBI agent to die in the line of duty.

For burial, he was brought back to his native Brooklyn, back to the city he loved, where he had escaped his impoverished neighborhood by working his way through Fordham and launching his career in government service. In April, the city will unveil a remembrance of the polished, thoughtful agent with a sharp sense of humor, ensuring that his memory will remain very much alive.

A Child of Immigrants

Edwin R. Woodriffe was the third child of immigrants from Trinidad who lived in Brooklyn’s Bedford-Stuyvesant neighborhood. They owned a dry cleaning shop, getting up early for work every single day “without fail” and instilling a strong work ethic in their children, said Woodriffe’s daughter, Lee Woodriffe, of Lithonia, Georgia.

Woodriffe graduated from Brooklyn Preparatory School, a Jesuit high school in nearby Crown Heights, and earned an accounting degree at Fordham’s City Hall Division at 302 Broadway, where he was vice president of the philosophy club, his daughter said. He paid his way by working as a police cadet and as an elevator operator at Macy’s. Upon graduation, he married Ella Louise Moore, whom he had met in a Christian confirmation class when they were teenagers, and they had two children, Lee Ann and her brother, Edwin R. Woodriffe Jr. 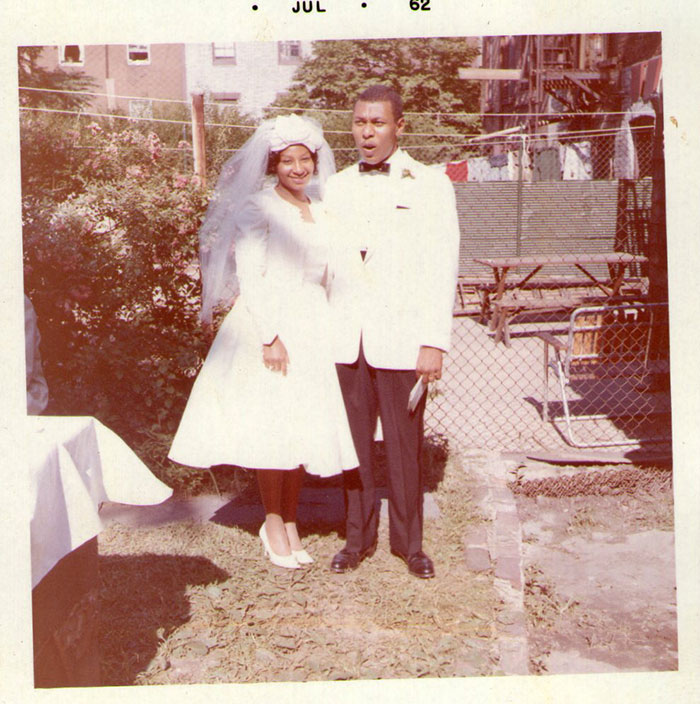 Growing up, Woodriffe had admired his older brother for serving as a New York City police officer; after graduating from Fordham, he worked for the U.S. Treasury Department in enforcement before joining the FBI in 1966. Sometimes he would sign letters “Eliot Ness,” Lee said, describing her father as “really good-natured, and just always cracking a joke.”

Much of what she knows of him was related by others, since she was only 5 when he was killed. He was a jazz lover who would sometimes play his saxophone on the roof of the building where the family lived in Brooklyn, she said. A voracious reader interested in religion and philosophy, he was a deep thinker, which was apparent from his conversation and his humor, she said.

In the Washington, D.C., FBI field office, he was a low-key and decisive agent, “a very classy individual” who was courteous toward crime suspects, said Ed Armento, of Prospect, Kentucky, a retired agent who trained under Woodriffe for a week.

Retired agent Robert Quigley, GABELLI ’62, recalled working with three other black agents, in addition to Woodriffe, in the Washington field office. A story of solidarity in the face of discrimination was recently passed along to him, he said—when Woodriffe was an FBI trainee in Washington, D.C., Woodriffe and his classmates went to suburban Maryland to rent apartments, but they all pulled out of a pending housing contract when they were told Woodriffe would be barred. “The other agents were aghast,” Quigley said, so they sought housing in D.C. or Virginia instead.

Quigley remembers the day when agents learned of a bank robbery by Billie Austin Bryant, an escaped federal prisoner. Woodriffe, Palmisano, and another agent went to check out the apartment where they had heard Bryant’s wife or girlfriend lived, said Quigley, citing reports prepared afterward.

It was Bryant who opened the door when they knocked, but they weren’t sure it was him. “They have no photograph, no idea what he looks like,” Quigley said. “Back in those days, all we had were radios in the car. There was no way to send a photo.”

Bryant told the agents the woman they were seeking wasn’t there. When they asked to come in and wait for her, he refused and started to close the door. Woodriffe put his foot in the door to stop him, and Bryant pulled out his revolver.

Woodriffe and Palmisano never got a chance to pull their firearms, said retired agent Charles Harvey, who tried to revive the two agents and later removed the weapons from their bodies at an area hospital.

Bryant was captured about six hours later, surrendering to a local police detective when he was tracked down to an attic where someone had reported noise, said Quigley, who was there when Bryant was captured. Bryant was sentenced to two consecutive life sentences with no chance of parole.

Commemorations in D.C. and Brooklyn

The 50th anniversary of the two agents’ deaths was commemorated in Washington in January by the bureau’s Washington field office and the Society of Former Agents of the FBI. Harvey spoke at the event. “Our job is to never forget,” he said.

Another commemoration is coming up on April 26 in Brooklyn, when the corner of Jefferson Avenue and Claver Place will be formally co-named Special Agent Edwin R. Woodriffe Way. The City Council approved the co-naming within the past year after Lee Woodriffe petitioned for it. She is also writing a book on her father’s life, the shooting, and its aftermath. 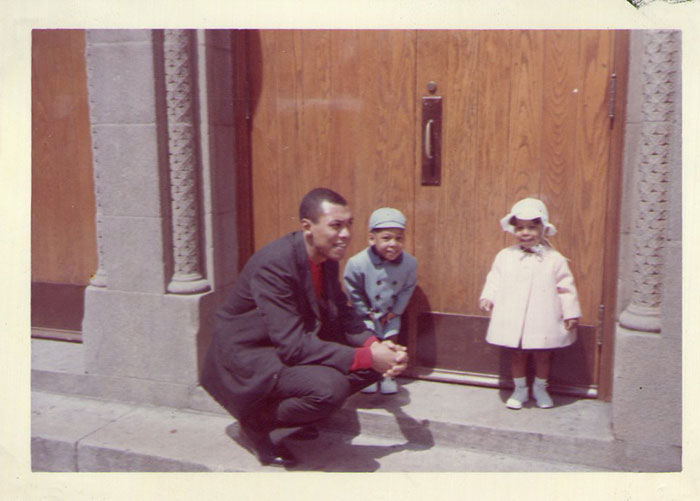 Woodriffe with his children, Edwin Jr. and Lee, outside St. Peter Claver Church

Her father “loved Fordham,” along with all things New York, she said, and the renaming keeps him present in a part of the city that was important in his life, when he was an altar boy at St. Peter Claver Church.

“I did not want his final resting place in people’s minds to be in Cypress Hill Cemetery,” she said. “It’s very important to me that [his story]  come full circle, but come full circle in the right way.

“Here is somebody who came from an impoverished area, odds stacked against him, but through perseverance and diligence and having integrity and wanting to do better, rose up through the ranks and really made something of himself,” she said. “It’s a story of hope and what you can become.”