skip to main content
Return to Fordham University
You are at:Home»Fordham Magazine»Features»The Birth of a Billion-Dollar Industry 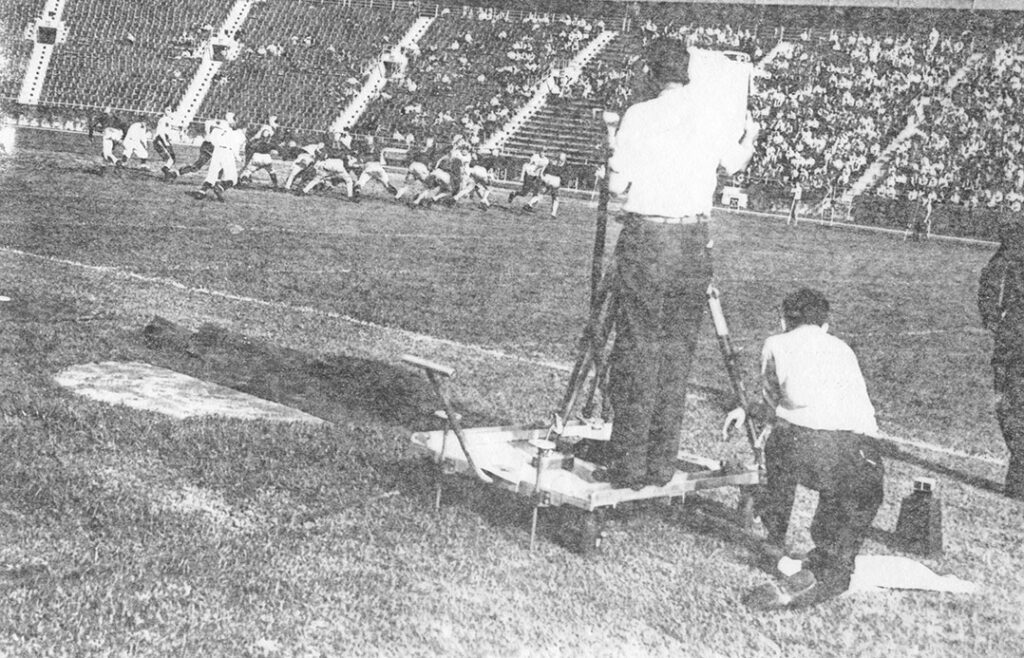 Seventy-five years ago, on September 30, 1939, Fordham competed in the first live televised broadcast of a football game.

That afternoon, NBC sent two iconoscope cameras (recently patented by RCA), an announcer, and a crew to Randall’s Island Stadium.

It would not have been strange for the 9,000 or so fans in attendance to see cameras on the sidelines. But these cameras were different. They sent a live signal to a relay station 10 miles from the stadium and then, by cable, to the top of the Empire State Building, where a large transmitter broadcast the game on W2XBS (now WNBC, Channel 4) to the lucky few New Yorkers who owned a TV in those days.

It’s estimated that approximately 500 people saw the broadcast, including some visitors to the NBC pavilion at the 1939 New York World’s Fair.

Bill Stern, one of the leading radio broadcasters of the day, handled the announcing duties and soon learned the difference between radio and television. Stern, who was used to spicing up his descriptions of plays for radio audiences, found he couldn’t do the same when viewers were able to see the play he was announcing. His TV broadcasting career was short-lived.

As for the action on the field, Fordham beat Waynesburg, 34-7. Later that fall, the NFL broadcast its first game on TV, when the Brooklyn Dodgers played the Philadelphia Eagles at Ebbets Field.

And on Feb. 28, 1940, Fordham made TV history again, playing in the first live TV broadcast of a college basketball game. That day, however, the Rams were unlucky. They lost to Pittsburgh at Madison Square Garden.