91. We’re Always Ready for Our Close-Up 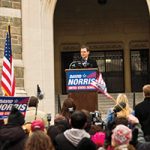 In The Adjustment Bureau, Matt Damon plays a fictional Fordham alumnus who returns to campus to announce that he’s running for U.S. Senate. The movie, shot in part at Rose Hill in 2009, is far from Fordham’s first film credit. The University also had cameos in The Exorcist (1973), Quiz Show (1994), A Beautiful Mind (2001), and Wall Street 2: Money Never Sleeps (2010), among other films. 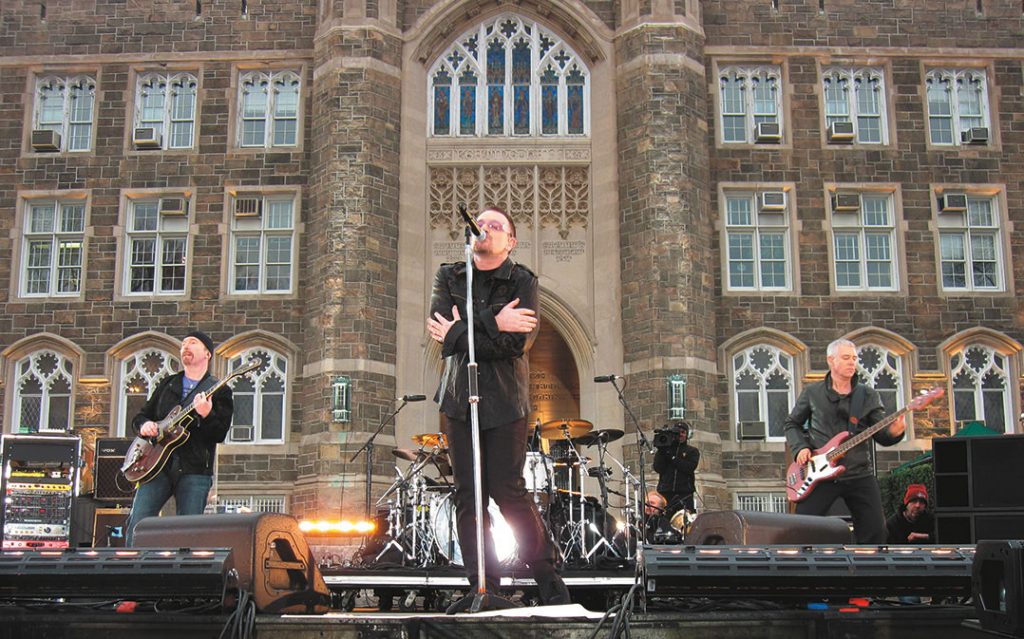 Thousands of students, faculty, and staff rose before dawn on March 6, 2009, to watch U2 play a free concert on campus—a four-song set broadcast live on ABC’s Good Morning America. “We joined a rock-and-roll band so we could get out of going to college,” Bono said from the terrace of Keating Hall. “Maybe if it looked like this and felt like this, things could have been different.” 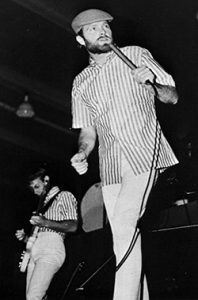 Fordham was the place to be Friday night, March 18, 1966, when the Beach Boys performed in the Rose Hill Gym—a seminal event in the University’s rock-and-roll history. 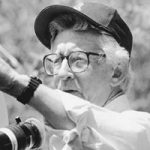 Harper Lee once described Atticus Finch, the moral center of her classic novel, To Kill a Mockingbird, as a “man of absolute integrity with as much good will and good humor as he is just and humane.” The same might be said of Fordham alumnus Robert P. Mulligan, FCRH ’48, the Oscar-nominated director who helped Gregory Peck bring Lee’s timeless character to life on the big screen. Known as an “actor’s director,” Mulligan brought out the best in some of Hollywood’s greatest talents, including Peck, Natalie Wood, and Sidney Poitier. His films often portrayed a young protagonist’s attempt to make sense out of a morally ambiguous world.

95. Before Orange Was the New Black, She Wore Maroon 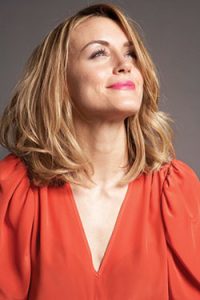 “Fordham was a huge stepping-stone in my life,” actress Taylor Schilling, FCLC ’06, told this magazine in 2011.

The star of the hit Netflix series Orange Is the New Black said Larry Sacharow, former director of the Fordham Theatre program, changed her life. “He had done a lot of experimental theater in the ’60s and had all of us reading this wild literature at 18 that blew everyone’s mind. I felt so safe in the program,” said Schilling, who plays Piper Chapman on the show. “It was such a gift—what Larry and the faculty did in these classes made me feel I had something to offer and I was good at what I did. As soon as you feel that spark, the sky is the limit and you’re motivated on your own. That has just never stopped.” 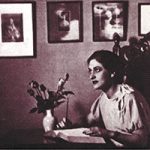 Brooklyn native Fanny Holtzmann, a 1922 graduate of Fordham Law School’s evening division, went on to become one of the top entertainment lawyers of her day, whose clients included Louis B. Mayer and Fred Astaire. But she also was an international activist, helping Eastern European Jews immigrate to the United States during the 1930s and ’40s, and later working to secure Israel’s admission to the United Nations.

97. We Have a Super Agent Among Us

Bronx native Kevin Huvane, FCRH ’80, rose from working-class roots to become one of the most powerful people in Hollywood. As a managing partner of Creative Artists Agency, his longtime clients include Meryl Streep, Julia Roberts, Jon Hamm, Melissa McCarthy, and Tom Cruise.

98. Denzel Found His Calling on a Fordham Stage at Lincoln Center 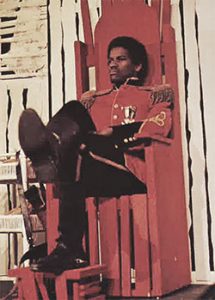 Denzel Washington played the lead in a 1975 Fordham production of “The Emperor Jones.”

Two-time Academy Award winner Denzel Washington, FCLC ’77, received a lifetime achievement award at the 2016 Golden Globes last January, with Tom Hanks introducing the Fordham alumnus as one of the “immortals of the silver screen.”

But the renowned actor, who grew up near the Rose Hill campus, in Mount Vernon, New York, did not set out to become one of Hollywood’s brightest lights. As an undergraduate at Fordham College at Rose Hill during the 1970s, he played basketball and considered a career in medicine before shifting to journalism. During his junior year, however, he transferred to Fordham College at Lincoln Center, where he found his calling in the University’s theatre program.

“I bluffed my way into my first [college acting]job,” Washington told TV host Merv Griffin in 1985, eight years after earning his Fordham degree. “They were doing Eugene O’Neill’s The Emperor Jones, and I was up for the leading role in the first play I had ever done. … I got good feedback right away, which was very important, and I said, ‘Oh, this is what I’m supposed to do.’”

One of the first people at Fordham to recognize Washington’s potential was Robert Stone, Ph.D., a longtime English professor at the University who decades earlier had acted with the legendary Paul Robeson in a Broadway production of Othello. “Denzel gave the best performance of Othello I’d ever seen,” Stone told this magazine in 1990. “He has something which even Robeson didn’t have … not only beauty but love, hatred, majesty, violence.” 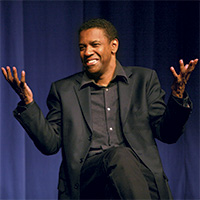 Washington has long been a champion of Fordham and Fordham students. He served on the University’s Board of Trustees from 1994 to 2000. And in 2011, he established an endowed faculty position, the Denzel Washington Chair in Theatre, with a $2 million gift to the University. He also contributed $250,000 to create an endowed scholarship fund for students in the Fordham Theatre program.

“My life is not typical in this profession, but one thing I know I have in common with everybody here is the ability to give back,” he told Fordham students during an October 2012 visit to campus. “Take what you have and use it for good.” 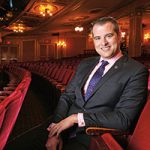 John Johnson, FCLC ’02, was a Fordham junior when he began interning with Joey Parnes Productions. That’s when he met Broadway producer Elizabeth McCann, LAW ’66, a nine-time Tony Award winner. She became a mentor to him, and now, 15 years later, he’s a producer with six Tonys to his credit. “She is a legend and has blazed so many trails for so many people,”Johnson told this magazine in 2014. “She’s like my third grandmother.”

100. Seven of Our Alumni Have Taken Tony Home 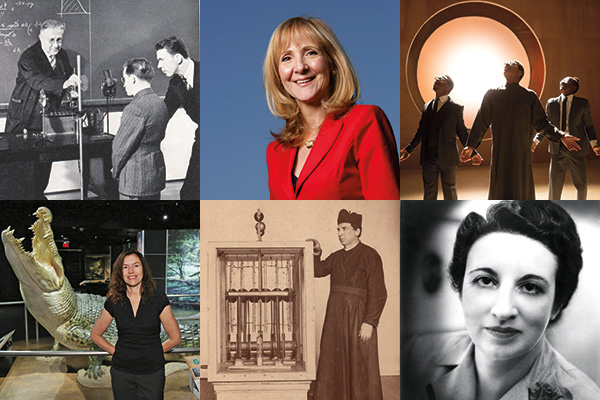