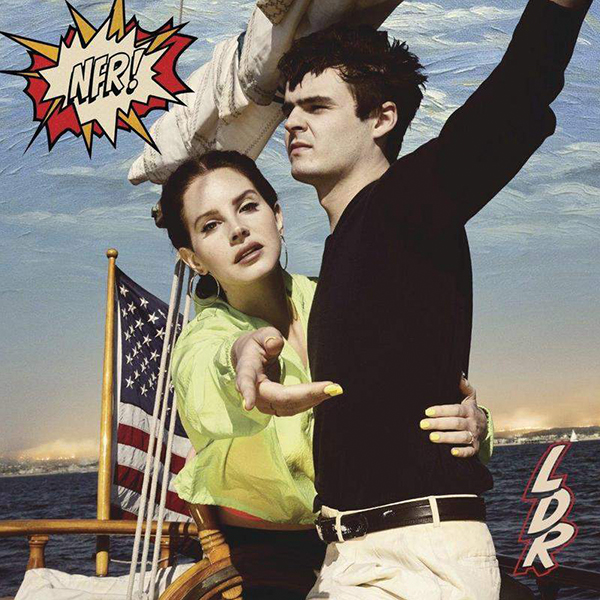 Lizzy Grant, FCRH ’08, is better known as Lana Del Rey, her professional moniker as a singer, songwriter, and musician. Del Rey’s sixth album, Norman _______ Rockwell! was released in August 2019 to wide critical acclaim, with The Guardian, NPR, Pitchfork, and others naming it the best album of the year. The record is both personal and outward- looking. Del Rey describes intimate relationships and the increasingly precarious state of the world with the same biting wit and cool, deadpan vocal delivery, all over some of the most lush and intricate melodies she’s ever written. While her early work was sometimes described as “detached” or “ironic,” on NFR! the listener is plugged in to the funny, profound observations of an artist watching the world around her warp at high speed. As she croons on album highlight “The greatest,” “If this is it, I’m signing off … I hope the livestream’s almost on.” —Adam Kaufman 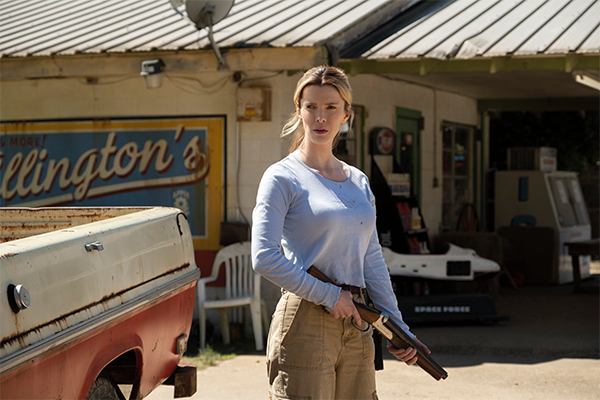 Fordham Theatre alumna Betty Gilpin has had a big couple of years, earning Emmy nominations in 2018 and 2019 for her role as wrestler Liberty Belle in the Netflix series GLOW. But in The Hunt, she takes on what may be her biggest role yet. The film, described by its director and producers as a satire of the left-versus-right divide in American politics, sees Gilpin play Crystal Creasey, one among a group of captives who are kidnapped and hunted for sport. The film attracted a good deal of controversy, and its release was delayed in the wake of mass shootings in Dayton and El Paso, but it is now available on streaming services after a theatrical release in March. “It’s supposed to be a movie that you can [watch with]your family member who you can’t make eye contact with at Thanksgiving and you … laugh at each other and laugh at yourselves,” Gilpin recently told The New York Times. Katie Walsh of Tribune News Service wrote that the movie “is worth the price of admission for [Gilpin’s] performance alone,” and Vulture’s Alison Willmore wrote that Gilpin plays Crystal “with the kind of delectably unflappable timing ’80s action franchises were once built on.” —Adam Kaufman 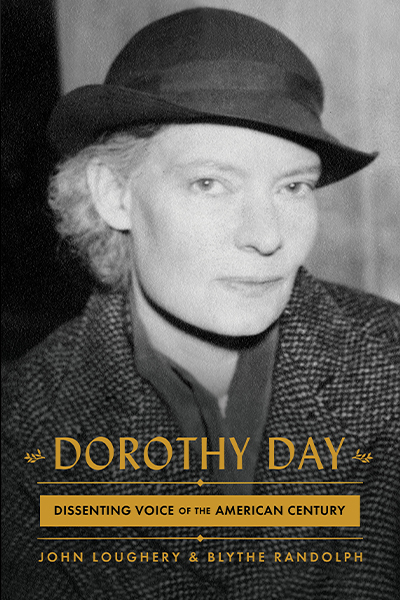 In his last book, John Loughery focused on Fordham’s founder, Archbishop John Hughes, a key figure in 19th-century U.S. history and tireless advocate for struggling Irish immigrants. In his latest book, co-written with Randolph, he chronicles the life of Dorothy Day, co-founder of the Catholic Worker movement, outspoken pacifist and advocate for the poor, and critic of institutions both left and right. Judging by the reviews, Randolph and Loughery have provided the definitive biography. Writing in The New York Times, Karen Armstrong called it “precise and meticulous” and a “vivid account of her political and religious development.” The authors have revived a “voice for our times,” Samantha Power wrote in The Washington Post, noting Dorothy Day’s stances that have modern-day resonance—her attacks on corporate influence on public policy, her advocacy on behalf of refugees, and her “suspicions of an overzealous federal bureaucracy,” among others. —Chris Gosier