skip to main content
Return to Fordham University
You are at:Home»Fordham Magazine»Ryan Ruocco Keeps It Candid on Podcast with Yankees Pitcher CC Sabathia
Photo courtesy of Ryan Ruocco
At the age of 32, Ryan Ruocco, FCRH ’08, has already become one of the top young voices in sports broadcasting, with a rotation of play-by-play gigs that includes Yankees and Nets games for the YES Network and coverage across ESPN’s television and radio platforms.

While his play-by-play work makes for an already-packed schedule, in the spring of 2017, he and Yankees starting pitcher CC Sabathia decided to act on an idea they had talked about many times over the years: starting a podcast together.

The two share an easy rapport and many of the same interests, and they knew from the start that they wanted the project to be less about debate and hot takes and more about candid, casual conversations with interesting guests.

The weekly podcast, R2C2 (a play on the hosts’ names and their mutual appreciation for Star Wars), has featured current and former Yankees, like Giancarlo Stanton and Reggie Jackson, and personalities across the sports landscape, like Terrell Owens, Mark Cuban, and Sue Bird.

“We think about who is interesting, is a good talker, who has cachet, and who we have some sort of relationship with,” Ruocco says of how he and Sabathia decide on their guests. “[CC] is the perfect candidate to be able to do something like this, because he creates an atmosphere that is so comfortable and fun for everyone, but he also has the respect of anybody who sits down with us.”

The hosts’ desire to create a relaxed environment where free-flowing conversation can thrive has clearly paid off. Whether the dialogue stays focused on sports or veers into pop culture, food, or politics, everyone on the mic opens up and seems to have a great time, often resulting in hilarious stories that sports fans wouldn’t normally have the opportunity to hear.

“One of the coolest parts is, almost every single guest that we have, when they get done, they’ll be like, ‘Oh my gosh, that was so much fun, when can I do it again?’” says Ruocco. “It’s fun to [have]a loose format, to not feel so uptight, to be able to disseminate these stories to people in a way that’s just like, hey, we don’t need to be so formal. It’s life, let’s talk about it, you know?”

Ruocco traces his success back to his time at Fordham, where he, like so many other sports announcers, got his broadcasting start. His experience as a student working at WFUV under former executive sports producer Bob Ahrens, he says, made his career possible. 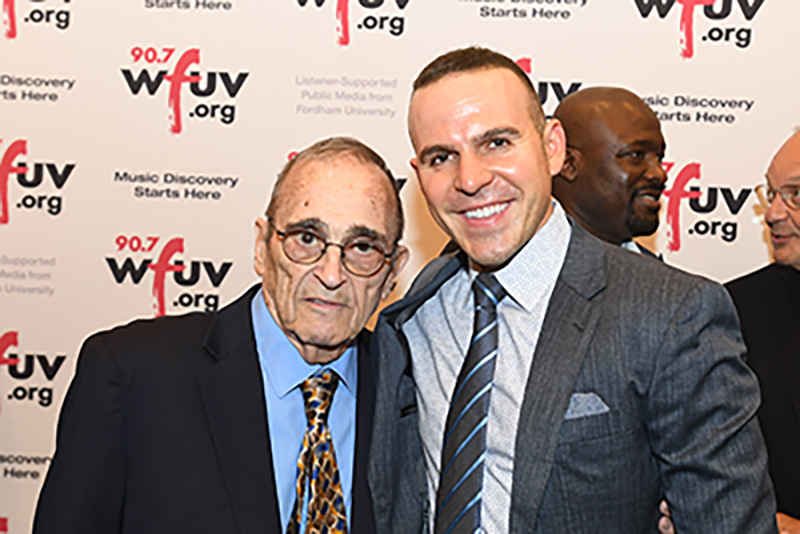 “It’s this simple,” Ruocco says. “If I did not go to Fordham and work at WFUV, I would not be here doing what I’m doing today. Period.”

As for the future of R2C2, Ruocco says he and Sabathia, who signed a final one-year contract last fall to finish his career with the Yankees, “are all in on” the show, and are even considering expanding into video.

“We love doing it, and we have no plans of stopping anytime soon.”