skip to main content
Return to Fordham University
You are at:Home»Fordham Magazine»Features»Origin Stories

1. The University Was a “Daring and Dangerous Undertaking”

On June 24, 1841, John Hughes, the 44-year-old coadjutor bishop of New York, welcomed the first six students to St. John’s College in the village of Fordham. It was the first Catholic institution of higher education in the Northeast—“a daring and dangerous undertaking,” he later admitted, not least because he initially lacked the $29,750 to purchase the 106-acre estate where he saw a great university taking root. 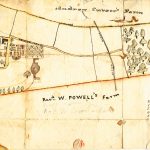 The earliest known map of Rose Hill, circa 1841, shows the main building of the college and the names of the neighboring farms. 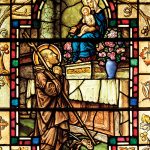 The Society of Jesus, founded in 1540 by St. Ignatius Loyola, purchased the college for $40,000 in November 1845. The Jesuits arrived the following spring, fulfilling the ardent hopes of Bishop Hughes, who had long sought to place the school in Jesuit hands. 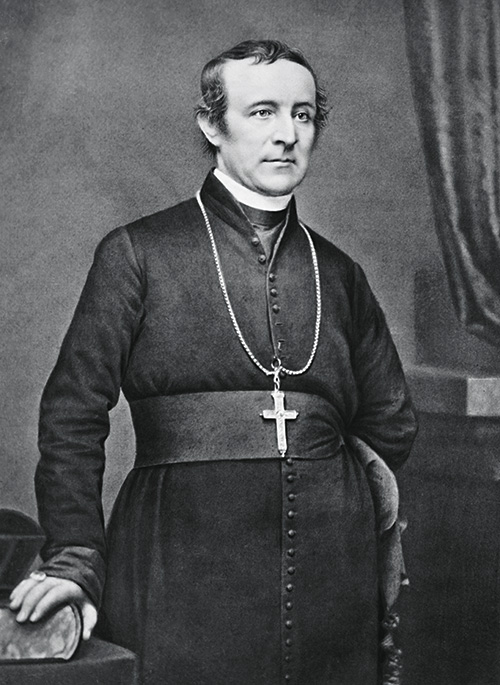 Before he established Fordham, before he was archbishop of New York and the most famous Catholic in America, John Hughes was a minimally educated 20-year-old Irish immigrant who lived off menial work like digging ditches.

“He just really had no prospects,” said John Loughery, FCRH ’75, author of a forthcoming book on Hughes.

What he did have, however, was a pugnacious spirit and devout faith that fueled his extraordinary efforts to help Irish, Catholic immigrants overcome virulent prejudice and thrive in the United States.

Hughes earned only a grammar school education in Ireland, and after arriving in America in 1817 worked as a laborer and gardener before entering Mount St. Mary’s seminary in Maryland.

Ordained in 1826, he gained prominence in Philadelphia by effectively debating the Rev. John A. Breckinridge—a Protestant clergyman—about the legitimacy of their respective faiths. He became known as a strong defender of the church, a reputation that would only grow as he was named New York’s coadjutor bishop in 1837, its bishop in 1842, and its archbishop in 1850.

He faced a steep challenge: Destitute Catholic immigrants were arriving in the city at a rate that would increase dramatically during the late 1840s, as tens of thousands fled the devastating potato famine in Ireland. They were falling into crime, living in filthy conditions, and doing without education because Catholics were unwelcome in the Protestant-leaning public schools. Determined to keep them from slipping into second-class status, Hughes set about raising funds and planning for institutions that would help elevate his immigrant flock.

In addition to founding Fordham as St. John’s College in 1841, Hughes played a major role in establishing the Catholic school system in the archdiocese. More than 100 schools had been created by the time of his death in 1864. He also worked to create the Emigrant Aid Society to help immigrants find jobs or get on their feet, and energetically raised funds for Catholic orphanages. He set in motion the construction of St. Patrick’s Cathedral. And he took tough stances, like staving off a nativist attack on Catholic churches by telling New York’s mayor he would respond by turning the city into a “second Moscow,” referring to that city’s destruction during Napoleon’s invasion.

Through the incredible scope of his efforts, Hughes would come to be regarded as the man who saved the Irish in America. And for all his rhetorical duels with Protestants, he espoused ideas of religious toleration that were ahead of their time. He once wrote that “every denomination, Jews, Christians, Catholics, Protestants—of every shade and sex—[are]all entitled to entire freedom of conscience … no matter how small their number or how unpopular the doctrine that they profess.” The church would echo these ideas in 1965 through the Second Vatican Council’s Declaration on Religious Liberty.

“At least in this all-important area of freedom of conscience,” said Msgr. Thomas Shelley, GSAS ’66, professor emeritus of theology at Fordham, “our founding father anticipated the work of the Second Vatican Council by a whole century.” 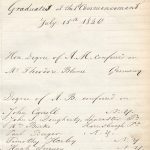 An entry from the diary of Thomas Legoüais, S.J., a professor, lists the names of Fordham’s first graduates. The commencement ceremony was held on July 15, 1846. Six students received A.B. degrees, and one professor received an honorary master’s degree.

6. The Law School’s Founding Dean Was Once a Homeless Orphan 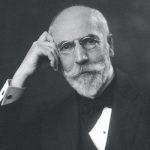 Established on September 28, 1905, the School of Law thrived under the leadership of its first dean, Paul Fuller—particularly after moving from Rose Hill to Manhattan the following spring. Fuller had been orphaned and was homeless by age 9, but he rose to become one of the leading international lawyers of his generation, a partner at the Courdert Brothers firm. In Fuller, students found the first great model of a Fordham lawyer: humble, driven, high-minded, and committed to professional success and public service.

7. The Woolworth Building Was Our Home 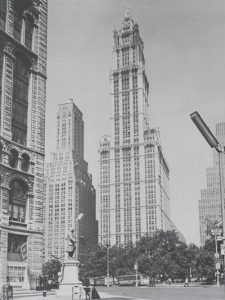 On November 6, 1916, the Woolworth Building—then the tallest building in the world—became Fordham’s “marble campus” in Manhattan, where the University established its graduate schools of arts and sciences, education, and social service. The three new schools were coeducational from the start. They joined Fordham Law, which had moved into the building in 1915.

Fordham’s Dodransbicentennial coincides with the 100th anniversary of the founding of three schools:

8. The Graduate School of Arts and Sciences

In its early years, the school offered courses in scholastic philosophy, literature, history, economics, and other subjects. It added a science department in 1919, and 16 years later, moved into the newly completed Keating Hall on the Rose Hill campus.

9. The Graduate School of Social Service

From the start, the school offered a two-year academic program that included both classroom lectures and supervised fieldwork.

10. The Graduate School of Education

Originally called Teachers’ College, the Graduate School of Education was started to meet the demand for well-trained teachers and administrators in parochial and public schools throughout the city.

11. The Gabelli School Started as a CPA Training Course

In September 1920, on the seventh floor of the Woolworth Building, Fordham began offering a course to prepare candidates for the Certified Public Accountant Examination. By 1926, the business school offered a bachelor’s degree program, including courses in accounting, economics, and commercial law.

Today, the Gabelli School of Business—named in honor of Fordham benefactor Mario Gabelli, the chairman and CEO of GAMCO Investors Inc.—comprises undergraduate, graduate, and executive-level programs. This fall, the school launched a five-year, research-intensive doctoral program, thanks to generous support from Gabelli, a 1965 Fordham graduate.

12. We Were the First to Build at Lincoln Center 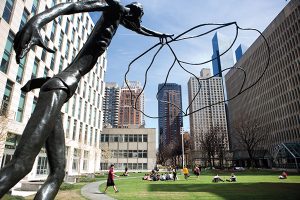 Three years earlier, Robert Moses, the powerful New York City planning official, had invited Fordham to be part of the project that would also create Lincoln Center for the Performing Arts and include the Juilliard School. Fordham was the first of the city’s institutions to fully sign on to the project and move to the area. The first building, Fordham Law School, opened in 1961, with the Lowenstein Center to follow seven years later.

14. Edward Parade Was Named for a Professor of Military Science 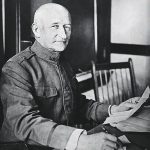 The roots of Fordham’s ROTC program lie in the late 19th century, when Lt. Clarence R. Edwards was a professor of military science and tactics. He rose to command the 26th “Yankee” Division during World War I, and the green quad at the center of Rose Hill was later named in his honor.

15. Keating Hall Was an Instant Icon 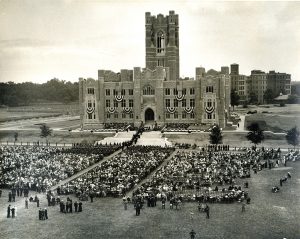 With its great central clock tower and collegiate Gothic architecture, Keating Hall may seem medieval, but it wasn’t built until the mid-1930s. It served as the backdrop for the University’s commencement for the first time on June 10, 1936. The building opened in fall 1935 and was named for Joseph B. Keating, S.J., the University’s treasurer from 1910 to 1948. 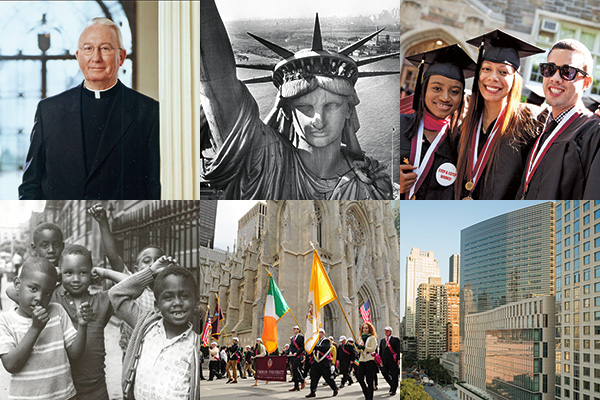