skip to main content
Return to Fordham University
You are at:Home»Fordham Magazine»Features»Oral History Project Gives Voice to Trailblazing Women
Thomas More College Class of 1968 graduates at their Golden Jubilee.
When Maureen Murphy Nutting was preparing for her college reunion last June, she sensed an opportunity. Jubilee 2018 would mark 50 years since she and her classmates became the first to graduate from Thomas More College (TMC), Fordham’s liberal arts college for women. She saw their Golden Jubilee as the perfect time to tell their own stories—and preserve them for future generations.

Throughout the weekend, 35 members of the Class of 1968 participated in the Thomas More College Oral History Project, which was supported by Fordham faculty and run by a team of students spearheaded by Nutting, a professor emerita of history at North Seattle College.

The project, including audio recordings and transcriptions of the interviews, was published on the Fordham Libraries site last August. It highlights the kind of reminiscences often shared at college reunions—favorite classes, lifelong friendships, and defining moments—from a group of women who saw beyond the boundaries of expectation, both at Fordham and beyond.

Nutting, a Washington Heights native who later moved to the Bronx, told stories both hilarious—like the time a professor threw a bologna sandwich out a classroom window—and moving.

“A real blessing occurred when Fordham decided that it would open its gates to women here at Rose Hill,” she said of the college, which opened in 1964 and closed a decade later. “If I had not come here, I would not be the kind of person I am,” she added. “Intellectually, socially, politically, religiously, Fordham transformed me.”

Nutting said that one of the most powerful memories she has of her time at TMC is of taking a Greyhound bus through the American South with Lorraine Archibald, her only African-American classmate. 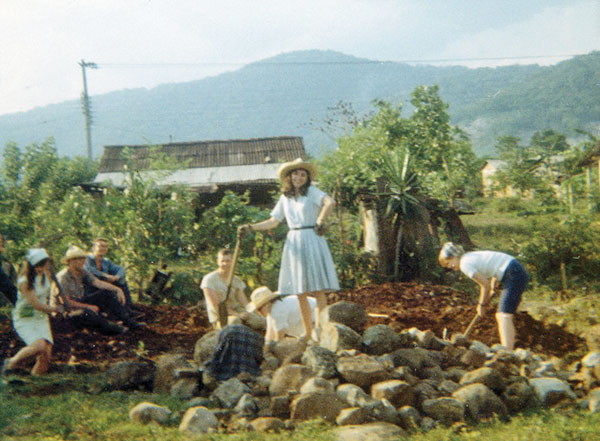 Fordham students participating in the Mexico Project, circa 1967.

After working together in Mexico and living with a local family as part of a Fordham program one summer, Nutting and Archibald were forced to take buses home because of a national airline strike. Out of fear for Archibald’s safety, they decided that Nutting would get off the bus alone to get them snacks at a rest stop in Texas.

“I was coming back,” she said, “and all of a sudden I was surrounded by what I call ‘good ol’ boys’ who wanted to know why I was sitting with that … they used the n-word. And I lost my Irish temper in a way a New Yorker can lose a temper.”

She also recalled taking a course with legendary media critic Marshall McLuhan, who held the Albert Schweitzer Chair in the Humanities at Fordham at the time. “He taught us about the global village and he talked a lot about looking at the rear-view mirror as you go forward. Those two lessons became really important as I moved forward in history, and particularly as I taught history, because you need to have that perspective when you’re heading in a new direction.”

‘She Expected Great Things of Us’

Barbara Hartnett Hall, a Bronx native who discovered TMC when a recruiter came to her high school, also told her story as part of the project. She did not always think of higher education as a realistic possibility, but after receiving scholarships from New York state and from Fordham, she was able to attend.

“I felt like the luckiest person in the world,” she said. “I couldn’t imagine that that world was going to be open to me.”

Now a shareholder at Greenberg Traurig in Fort Lauderdale, where she practices land use and environmental law, Hall recalled being intimidated by the academic options at TMC. She signed up for 18 credits in her first semester before meeting with assistant dean Patricia R. Plante, Ph.D., who encouraged her to drop three credits. “‘You’re in New York City,’” she said Plante told her. “‘You know, this city is an education. You have to take advantage of it.’”

“She was pretty amazing,” Hall said of Plante, who later became the first woman dean of TMC, “because she treated us like she expected great things of us and that we were capable of it.” 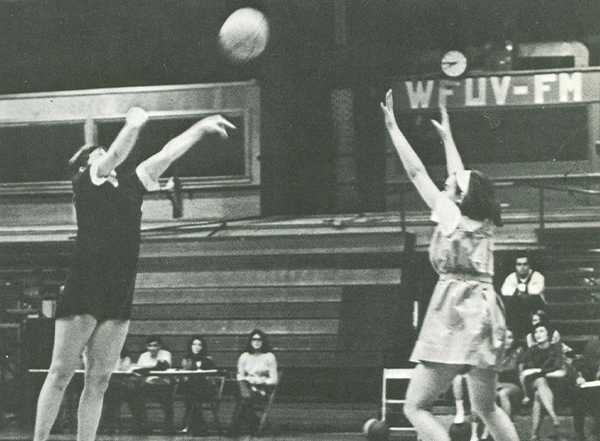 Barbara Hartnett Hall shoots over a defender during a basketball game.

Hall also shared memories of her time as co-founder and captain of the women’s basketball team. The women wore uniforms designed by a teammate’s older brother. “They seemed cool then,” she recalled of the outfits, “but they were funny when you look back.”

In talking about her time at TMC and afterward, Hall recalled walking into many new and unknown situations, including in the workplace. “I think there were a lot of firsts in our generation” she said, “and Thomas More was just one.”

‘My Life Was Suddenly Changing and Expanding’

Like Hall, Marie Farenga Danziger was born and raised in the Bronx, and saw a previously unthought-of opportunity arise with the opening of TMC.

She said that coming back to the Rose Hill campus for Jubilee last year gave her “this instant recall of my very first day at Fordham in September 1964. I remember walking up that path, in particular, focusing on the lovely trees on each side of the path and somehow knowing that my life was suddenly changing and expanding, and I was enormously excited.”

As a junior, she took the transformative step of studying abroad in Paris for the year, an opportunity that had drawn her to Fordham when looking into colleges. Despite having never flown on an airplane before leaving for Paris, Danziger became worldly during her year abroad, traveling throughout Europe and becoming fluent in French.

“It changed the rest of my life,” she said of the experience. “It made me the person I am today.”

Other formative experiences Danziger had at Fordham came from her time as the social chair for the Horizons club, which invited notable speakers to campus. In that role, she brought famous figures like Helen Hayes, Salvador Dalí, and Sidney Lumet to Rose Hill. This kind of cultural exposure made Danziger “feel that there [was]this wider world out there, and maybe, maybe, I had a bit of access to it.” 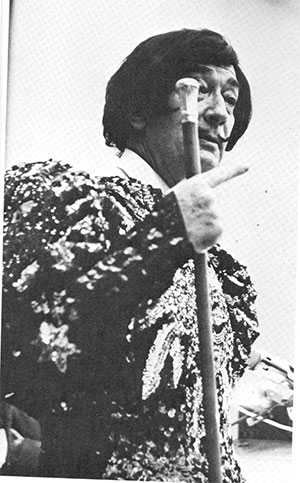 Danziger, who retired from Harvard’s Kennedy School of Government just before the 2018 reunion, was touched to discover that several of her fellow alumnae still remembered her speech as class salutatorian in 1968. The speech, which came on the heels of the assassinations of Martin Luther King Jr. and Robert F. Kennedy, referenced the movie Zorba the Greek, in which the title character teaches a young man how to dance in the face of sadness and violence.

“Fordham taught us to dance,” she said. “It certainly did that for me.”

Nutting expressed the same sentiment with a different metaphor: “I have told many people in my life that Fordham gave me wings,” she said.

“I want to see you soar,” she told the student interviewers. “In 20 years, I want to find out what you have done with your lives. And one of the things that you’re going to find out as women is that there are going to be some really difficult choices. Make them the best way you can … and you’ll find that you can do that.”

Jubilee 2019 will take place on the Rose Hill campus on May 31 through June 2.

—Adam Kaufman contributed to this story.