skip to main content
Return to Fordham University
You are at:Home»Fordham Magazine»Features»New York Is Our Campus

This panoramic image of Rose Hill, taken in 1916, shows the New York and Harlem Railroad (now Metro-North) and the Third Avenue Elevated line. The railroad was extended to the Fordham area in 1841, just a few months after the college opened, and the El reached Fordham in 1901. The proximity of both lines to the western edge of campus helped drive Fordham’s growth from a small college in a farming village into the Jesuit University of New York in its first six decades.

17. New York Grew Up Around Us 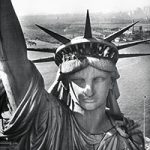 At 175 years old, Fordham has been around longer than some of the city’s most venerable landmarks and institutions, including the Brooklyn Bridge (opened in 1883) and the Statue of Liberty (dedicated in 1886). Since 1841, Fordham faculty, students, and alumni have helped endow the city with the restless energy, the sense of urgency and purpose that have come to define what it means to be a New Yorker.

18. Father O’Hare Was Named One of the City’s Most Powerful People 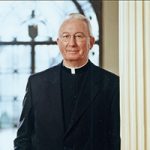 As president from 1984 to 2003, Joseph A. O’Hare, S.J., GSAS ’68, helped transform the University from a strong regional, largely commuter school into what The Wall Street Journal called “a hard-charging institution.” He challenged Fordham to join “the dialogue with genius and passion that goes on every day” in the city. And he led by example, as the founding chair of the New York City Campaign Finance Board—a role that earned him a spot on a 1997 list of “New York’s 50 Most Powerful People.” 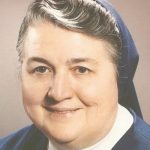 When Fordham alumna Mary Rose McGeady, D.C., GSAS ’61, was named president and chief executive officer of Covenant House in 1990, the New York-based shelter for homeless and runaway youths was in the middle of a financial and institutional crisis. She stared down a staggering $38 million debt and inspired a frustrated staff of 1,200 people to breathe new life into the agency’s programs and services.

By her retirement 13 years later, she had revitalized Covenant House and helped transform the lives of hundreds of thousands of children in 21 cities, including New York. 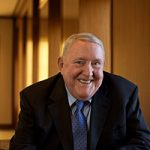 As president of the New York Federal Reserve from 1985 to 1993, E. Gerald Corrigan, Ph.D., GSAS ’65, ’71, acted swiftly following the Black Monday stock market collapse in October 1987. His actions—including personal phone calls to jittery bankers, investors, and elected officials—are widely credited with keeping the crisis from spreading beyond Wall Street to other financial sectors.

In 1994, he joined Goldman Sachs, where he was a partner and managing director. He has credited his ability to work through problems and act decisively to his Jesuit education— first at Fairfield University, then at Fordham, where he earned a doctorate in economics. While it emphasizes the liberal arts and humanities, Jesuit education “puts even greater emphasis on simple, straightforward propositions of trying to teach you how to think,” he said. “That’s the genius of it.” 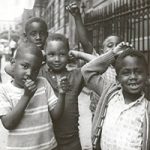 22. On St. Patrick’s Day, One of Fordham’s Own Will Lead the March Up Fifth Avenue 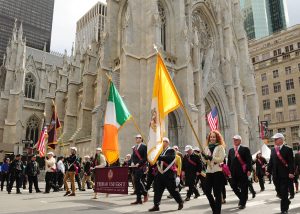 For nearly 30 years, students have thrived in Fordham’s chapter of CSTEP—a New York state-sponsored program designed to propel underrepresented and economically disadvantaged scholars into careers in the sciences, health fields, and other licensed professions. In March 2012, scores of alumni returned to campus for a 25th anniversary dinner, eager to reunite and share success stories. One alumnus recalled, “CSTEP offered that feeling of community, of support, of being understood.”

Above from left: Asmaou Diallo with her fellow CSTEP graduates Amaidani Boncenor and Angel Melendez at commencement in 2012. 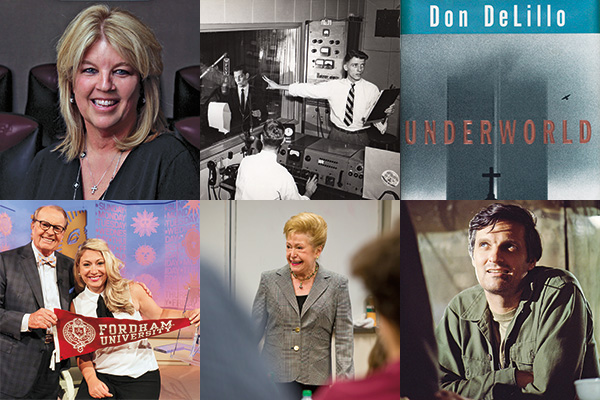