skip to main content
Return to Fordham University
You are at:Home»Fordham Magazine»Features»New Endowment Supports Diversity, Equity, and Inclusion Efforts at Fordham
A photo from the Lavender commencement celebration for LGBTQ students, held for the first time in spring 2021, the kind of event that could be sustained by an endowment created by Joseph E. Esposito, FCRH ’63. Photo courtesy of Juan Carlos Matos
Going to Fordham College at Rose Hill in the 1960s, the late Joseph Esposito learned a lot about theology, philosophy, his own abilities as a writer and a communicator, and the value of the liberal arts. But there was one thing about himself that was still coming into focus.

“The whole concept of sexuality was confusing. I chose to repress the subject rather than confront it,” he wrote in a memoir that he completed in 2017, the year before he died. 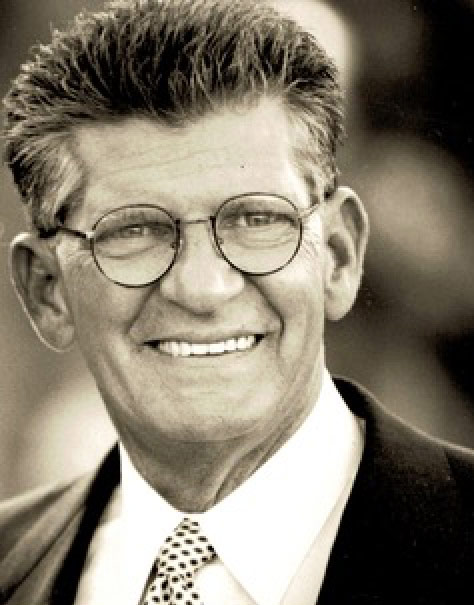 As he worked to overcome fear and secrecy about his own homosexuality, he wanted to help others do the same. This intention fueled his desire to write his memoir, not yet published. And it motivated him, in one of the final acts of his life, to make a gift to advance the cause of inclusivity and tolerance across all lines of difference.

With a bequest of $200,000, Esposito created the first endowment for Fordham’s Office of Multicultural Affairs, a fund that is now poised to bear fruit for the office’s programming. The funding arrives, in fact, in the midst of a Fordham fundraising campaign, Cura Personalis | For Every Fordham Student, that has diversity, equity, and inclusion at its heart.

“He would be so proud to be part of this campaign,” said Jackie Comesanas, senior director of gift planning in Development and University Relations at Fordham, who worked with Esposito on setting up his gift. Esposito wanted to make a diversity-related gift focused on the Bronx and Fordham, of which he had fond memories, she said.

A Brooklyn native, Esposito worked in hotels and catering during his time at Fordham and went on to become a hotel casino executive and entrepreneur.

He was a driven executive, at times “over the top” in motivating his staff, he wrote in his memoir, My Name is Joe: The Journey of a Gay Recovering Alcoholic in the Casino Industry.

He was also a talented salesman whose strength was his authenticity, said Robert Benz, a longtime friend and former business partner of Esposito’s. “Being real and being himself was what made him a great salesman,” he said.

But Esposito also felt shame at not being more forthright about his sexuality. Was He gained clarity about his sexual orientation in his early 20s but still “compartmentalized” it and avoided the topic, he wrote in his memoir. He wrote of spending time with three nephews during their youth and young adulthood, traveling around the U.S. and Europe, but never discussing his sexuality with them until he had reached middle age.

“Here I was, now in my early forties, telling these guys in their twenties that I was gay,” he wrote.

One of them responded by saying “‘How could you spend so much time with me and hide who you are?’ I gave the standard answer that, “‘Being gay is not who I am,’” he wrote. And—“I asked him why he did not tell me that he was straight.” (Later on, he said, “it was fun being his gay uncle.”)

Esposito said he met many heterosexual people who stood up to anti-gay bigotry. But hate reared its head often. There was a day in 1980, at the MGM Reno, when his secretary came back from lunch and seemed to be hiding herself a bit. He walked around her desk and saw a red mark on her face.

“I do not know to this day how I knew that Maria had defended me,” he wrote. He responded with some gentle humor, telling her they couldn’t get into a fight with everyone that called him a name—“If we did, then we would both be fighting a lot with our 2,500 employees and neither one of us would get any work done.” 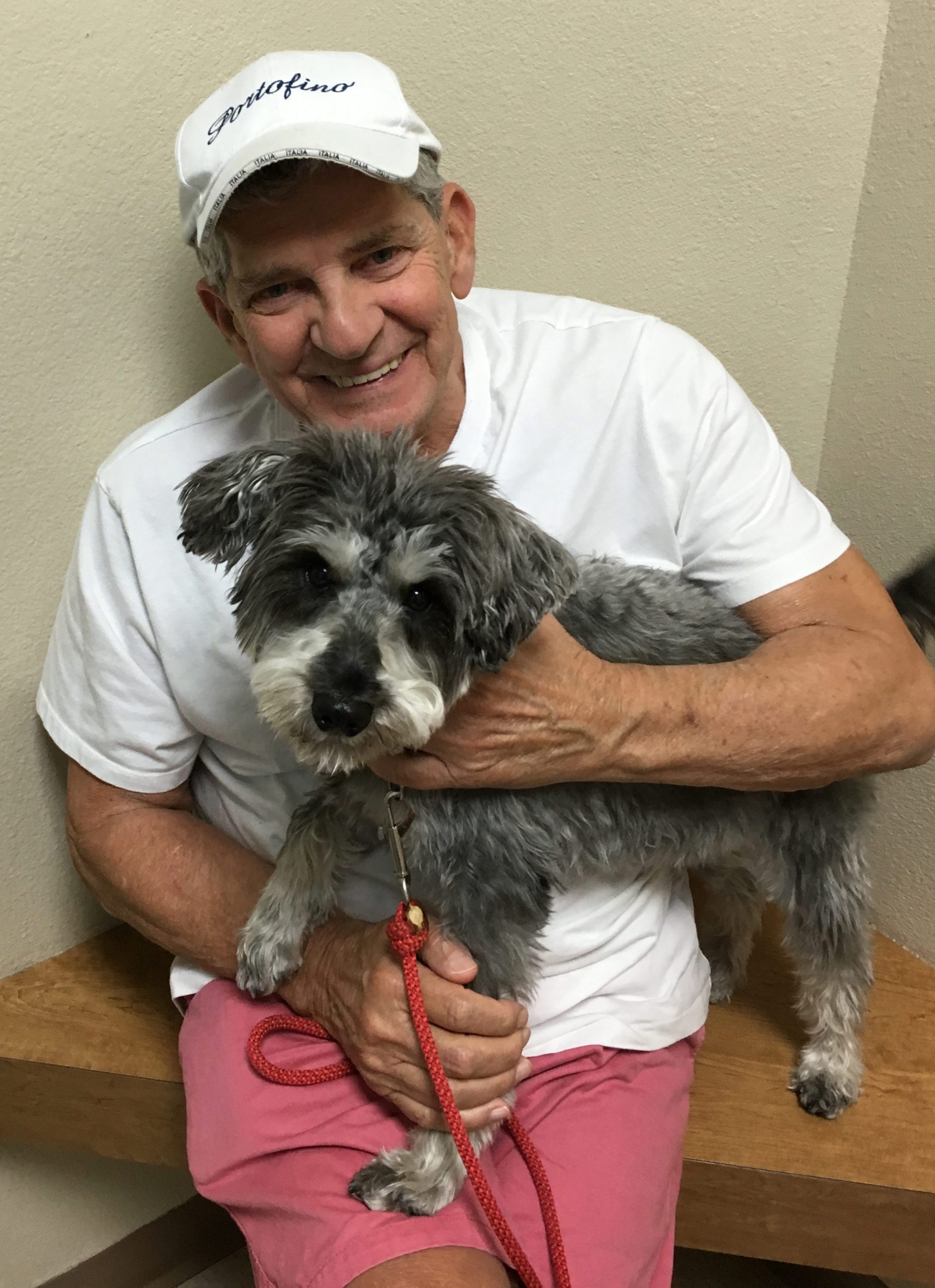 In 1984, he co-chaired the Las Vegas Task Force on AIDS with then-governor Grant Sawyer. The AIDS epidemic claimed the life of one of Esposito’s best friends, someone whose family hadn’t known he was gay. At a gathering following the funeral, Esposito wrote, “the gay people were on one side of the room, the family on the other, and a giant division in between,” as the family reeled from both the loss of their son and what they hadn’t known about him.

“My generation often kept our private lives hidden from family. It was wrong for us to do whether they accepted us or not,” he wrote. “It took away from our personal dignity.”

Esposito did his part to help people shed secrecy and fear about their orientation, said his husband, Edgar Esposito, whom he wed in Las Vegas in 2015.

“He was a person who wanted everybody to be happy, and just help as much as he could to make sure that those who are gay and in the closet a little bit make their way out in a much easier way,” Edgar said. “One of his nephews has a gay son, and the nephew came to him to talk about his son, and he kind of helped the nephew understand that acceptance is a very powerful thing, especially when it comes to your child.”

Sobriety, supported by the spiritual aspect of Alcoholics Anonymous, was an anchor of Esposito’s life. He turned to AA at age 30 to deal with “blackout” drinking rooted in childhood fears, inner emptiness, and the stresses related to being gay in a world that was not always tolerant. “Many people in my generation were fearful” about their sexual orientation, he wrote.

When he walked into his first AA meeting, “it was like I met people from my planet for the first time.”

Forty-six years of sobriety, he wrote, “is the most important accomplishment of my life.”

Esposito struggled with cancer toward the end of his life; he died on March 4, 2018, at the age of 76, within a year of signing the agreement to create an endowment at Fordham.

Impact of the Endowment

“Now we can reimagine things in ways that we couldn’t before,” Matos said. He plans to manage the funding for the greatest possible long-term impact. “I feel like there’s an obligation to make sure we’re spending any funds in an intentional way,” he said.

The endowment could help send students to diversity-related conferences or bring speakers to campus, for instance; it could also give the office’s student-run cultural committees latitude to come up with more on-campus programs and events.

“Once you’re able to do some larger-scale programs that have an impact … you’ll naturally then have more students that are aware of either what the office does or ways to get connected, and then those students then join the committees and want to continue doing that work.”

The endowment could be used to sustain one-time events that drew a strong response from students, like the block party held at the Rose Hill campus during Welcome Week this past fall or the diversity graduation celebrations held last spring.

The celebrations for Black, Latinx, and LGBTQ students and students of Asian or Pacific Islander descent were held in conjunction with the Office of the Chief Diversity Officer, using funds that been freed up by the scaling down of in-person events during the pandemic lockdown of 2020-2021, Matos said.

The Esposito fund “allows us a level of sustainability for these really important events that we hope become markers of students’ experience here at Fordham,” he said. “The more you’re able to provide these experiences … that people look forward to, that increases a sense of belonging.”

Contribute to the Joseph E. Esposito Jr., FCRH ’63, Endowed Fund for the Office of Multicultural Affairs.

If you have a question about giving to Fordham, call 212-636-6550 or send an email to development@fordham.edu.