skip to main content
Return to Fordham University
You are at:Home»Fordham Magazine»Alumni News»Marymount Graduate Attends 2015 Synod of Bishops on the Family 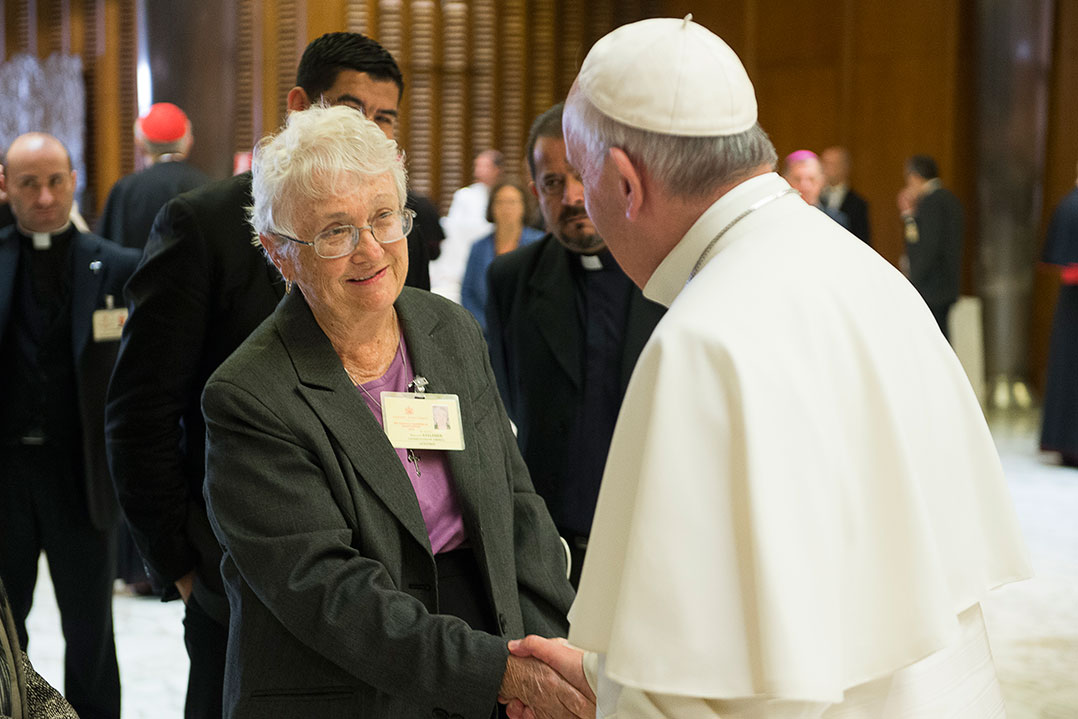 Maureen Kelleher, RSHM, MC ’60, was one of only three women religious—and the only Sister from the United States—to participate as an auditor at the Synod of Bishops on the Family, held last month at the Vatican.

As an auditor, Kelleher could not vote on matters. “We were able to talk in small groups and got the ability to put in changes, but you had to have a sponsor,” she explained. And each of the auditors—17 individuals and 17 married couples—could request three minutes to speak publicly.

Kelleher was one of the few auditors to speak to the group at large. “There I was, like a New Yorker, mouthing off,” she said. “I used my three minutes to say how I had been educated by all these nuns and how influential they were. And I reminded everyone that at the synod in 1974 there were two nuns, and now here we are with only three—and still none are participants.”

Kelleher, who runs Legal Aid Service in Collier County, Florida, has spent 31 years as a lawyer working with undocumented immigrants who are victims of crimes, often domestic violence. She believes that women, including nuns like her who work directly with the local communities, “have a lot to give and should be part of the [church’s]  decision-making process.”

“That’s why I hope that in the future we see synods start on the local level with all kinds of folks beginning to wrestle with issues, go up to a diocesan level, then to a national level, and finally to Rome.”

The final document has yet to be translated into English in its entirety, but each paragraph was voted on separately and received a two-thirds majority. According to America magazine, “while re-affirming traditional church doctrine on marriage and the family as expected, the synod significantly closed no doors,” and focused on both “mercy” and “discernment.”

Though Kelleher believes some changes to the synod system are necessary, she feels the final document “came to a very nice blend in the end.”

“This is a blueprint for how we can be more pastoral, inclusive, and welcoming of all people,” she said.