skip to main content
Return to Fordham University
You are at:Home»Commencement»A Surprise Kiss at Commencement 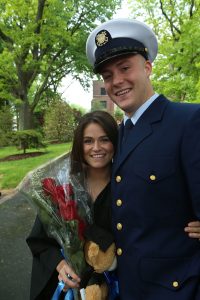 It’s not easy for a 6-foot, 5-inch seaman in dress blues to hide in plain sight—not even among the thousands of people at Fordham’s Rose Hill campus for commencement. But Ryan Czelatka did his best to blend into the scene.

The coastguardsman was waiting near Keating Hall to surprise his girlfriend, Amanda Gioscia, who was graduating.

“My sister Gaby came over to me and said my parents really wanted to take a picture,” Gioscia said. “I was kind of annoyed because we were about to start the procession, but I said, ‘Fine.’

“When I came up on the other side of Keating Hall, I saw my mom’s bright orange jacket and my boyfriend beside her. I was pretty surprised.”

She rushed ahead of her sister to embrace Czelatka, who was on leave from his unit in Cape Canaveral, Florida, where he’s stationed on the Coast Guard cutter Confidence.

“He told me the night before that he was mopping floors,” Gioscia said, but in reality he was on a flight to New York. He stayed with Amanda’s sister Jackie, a 2010 Fordham graduate, before joining the family at Rose Hill on Saturday.

“It was an important moment for me because I took a year off from school and so it took me longer to graduate,” said Gioscia, who transferred to Fordham after studying at the University of Mississippi and Westchester Community College. She also spent a month volunteering at an orphanage in Ghana.

“I was hoping deep down that he would be there, and he was,” she said. “He’s always been really romantic. He likes to surprise me about things.”

Czelatka’s visit was just part of a whirlwind week for Gioscia.

Two days after earning a bachelor’s degree in communication and media studies with a concentration in journalism, she landed a full-time job. She’s helping to plan events and coordinate social media for August Wolf, who recently announced that he’s seeking the Republican nomination for U.S. Senate in Connecticut in 2016.

“I originally thought I wanted to be a journalist, but I’ve always loved politics,” she said. “I’m looking forward to working on the campaign.”

She’s also excited about her future with Czelatka. They met in his hometown, Southampton, New York, where the Gioscia family has a summer house. The two have been dating for two years.

“We don’t really know how often or when we can see each other next, but we try and make it as often as possible,” Czelatka said by email after returning to Florida. “I’m excited for our future together.” 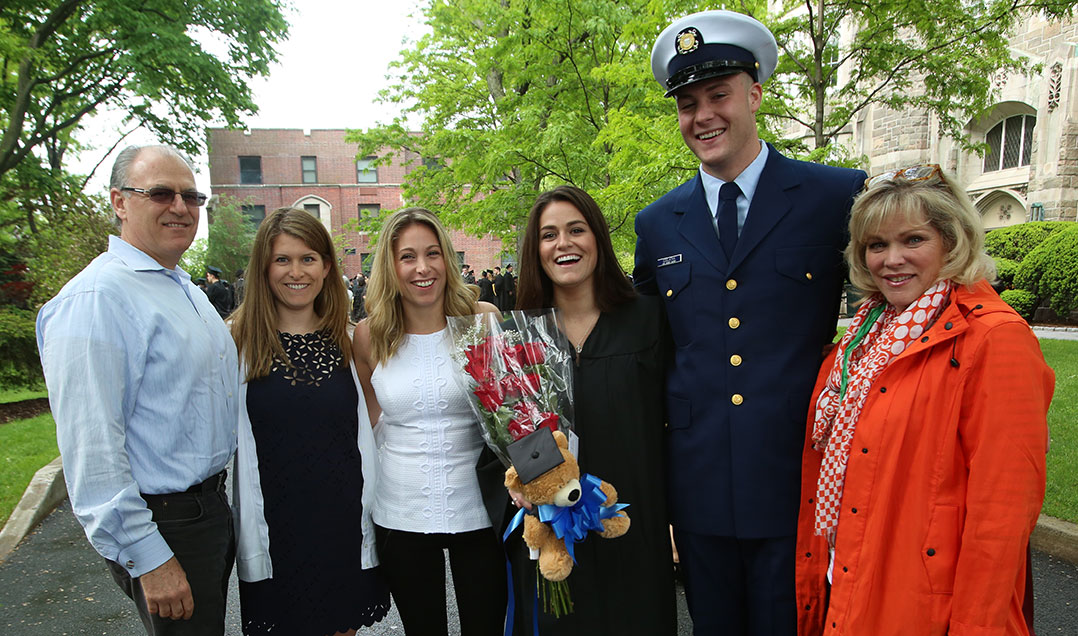