In fact, in her role as chief investment strategist at Charles Schwab, clarifying seemingly impenetrable financial topics for the average person is a big part of her day.

“Too often with people who are pundits, it seems that their number one goal is to sound like the smartest girl or guy in the room, and more often than not they’re going to turn people off,” she says.

At Schwab, Sonders keeps a lot of plates spinning, providing market and economic analysis as well as spearheading investor education initiatives. She often shares her views as an expert guest on a range of television programs on CNBC, Fox Business, Bloomberg TV and Radio, and CNN, to name a few.

“We’re all time constrained, and there is an appreciation for [experts] to get to the point and to take complex [financial] topics and explain them in a way that’s easier to understand,” she says.

She maintains that investing is about more than just facts and figures, a widely held false impression that turns many people off before they even get started.

“I don’t use math to any significant degree in anything that I do on a day-to-day basis,” she says, emphasizing that strategy and analysis often are more at play. “There is this misperception [that this business] is all about stats and accounting.”

A Process, Not a Gamble

When it comes to investing, the 1990 Gabelli School of Business MBA graduate wants people to know that following the hot tip of the moment (or the trending topic on Twitter) is hardly wise.

In fact, there’s one question she’s asked often that she hates: Should investors “get in” or “get out” of the market right now?

And one-size-fits-all advice just doesn’t cut it in her view.

“I hate the cookie-cutter approach,” says Sonders, who adds that a 24-year-old with an appetite for risk warrants a far different investing strategy than a 70-year-old retiree.

In addition to slicing through what she calls a cacophony of financial advice due to social media and a 24-hour news cycle, Sonders is also adamant about clearing up some misperceptions about Wall Street—and the role that women can play there.

“One of the biggest shames of the aftermath of the financial crisis is how big of a black eye the industry has gotten,” Sonders says.

Wall Street and the broader financial services space are not brimming with Gordon Gekko-type clones, she says, referring to the fictional corporate raider who argued that “greed … is good.” She says that such a view discounts what a positive impact the industry has on so many individuals’ lives, and it overlooks opportunities that exist there for those who don’t fit that stereotype. “[Some people] may not understand what the broader industry does for investors, and for companies and our economy,” she says.

And that brings her to another myth about financial services: that it’s solely a boys’ club.

Sonders posits that the boys’-club culture likely dates back to a time when the typical path to Wall Street was through training programs set up by wire houses, which eventually funneled young professionals onto trading floors.

“There’s no question that’s kind of the classic boys’ network,” she says. “That sense of [women] feeling out of place [in the industry] might have been greater in that era. That’s not the path I took. I had a very different set of experiences.”

In addition to working with many women at the start of her career—she began at the Zweig/Avatar Group before moving in 1999 to U.S. Trust, which was acquired by Schwab a year later—she says the firms she worked for believed in promoting from within and rewarding workers based on their merit, not their gender.

“My only two jobs have been at firms that have been blind to gender,” she says.

Today, she emphasizes that there are so many “different and unique opportunities [for women] to start out in the business,” with the wealth management and private client spaces being particularly ripe for opportunity.

“We crossed the chasm where more than half the wealth in the U.S. is controlled by women,” she says. “It’s an awesome time for women,” she adds.

Looking back at her career, Sonders has no regrets.

“I have kind of a creed or motto that I think about in my life,” she says. “When I’m asked, what would you change? In general, my response is I wouldn’t change a thing. … The slightest little change would have put [me] on a completely different path.”

For more of Liz Ann Sonders’ thoughts on her career and opportunities for women on Wall Street, listen to her November 2017 conversation with fellow Fordham alumna Veronica Dagher, GABELLI ’00, ’05, host of The Wall Street Journal’s podcast Secrets of Wealthy Women. 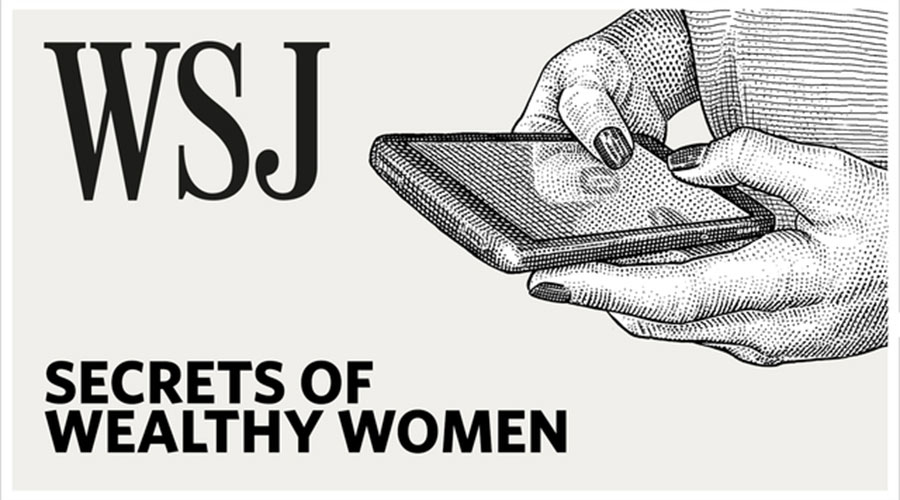