skip to main content
Return to Fordham University
You are at:Home»Fordham Magazine»Features»Listeners Can Walk in Alumni’s ‘Fordham Footsteps’ on New Careers Podcast

Denise Ramirez had planned to become an accountant.

“If I wasn’t [going]to work in music, which was my actual passion, I always figured I would
go somewhere in the business world using [my]math skills because that’s always
something I enjoyed,” she said.

Ramirez majored in accounting at Fordham’s Gabelli School of Business, earning her B.S. in 2014, and stayed on to finish her M.B.A in 2015, through a five-year program.

But music kept calling her. As an undergraduate, Ramirez sang with the Fordham Hot Notes, one of several a cappella groups at the University. And during her senior year, she paid a fateful visit to the New York City location of Howl at the Moon, a national chain of clubs that feature dueling piano players. 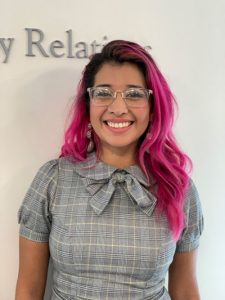 “I ended up going to their happy hour and watching the dueling pianos play. I was like, ‘That looks just like the [best]time ever,’” she said. “I went up to one of them and said, ‘Hey, how, how did you get involved in this?’”

Soon, she was auditioning and eventually training with the Howl at the Moon, initially as a side gig while working as an accountant.

“I was like, ‘I’m going to just try to balance both at the same time,’ and then once I was pretty much done with training, I was like, ‘OK, I can just do this as a full-time job,’ and my focus became music,” Ramirez said.

Ramirez, who is now a full-time player at Howl at the Moon’s San Antonio location after the New York location closed, shared her story as a guest on Fordham Footsteps, a new podcast from the Fordham University Alumni Association.

‘Save it for the Podcast’

The podcast, which is hosted by Sara Hunt Munoz, FCRH ’99, GSE ’10, ’19, senior director for strategic initiatives in the Office of Alumni Relations, and Matt Burns, FCRH ’13, associate director for young alumni and student engagement, allows alumni to share stories about their careers and how Fordham helped them get where they are. In addition to highlighting the professors, courses, and programs that made a difference for them, guests share some tips for current students.

The idea for the podcast came to Munoz and Burns through their jobs, where they continuously meet a diverse group of alumni, many of whom have interesting stories to tell about how they discovered their real passion and used it to find fulfilling work.

“Every time another one came up,” Burns says during the introductory episode, “one of us would shout—”

“‘Save it for the podcast!’” Munoz interrupts. 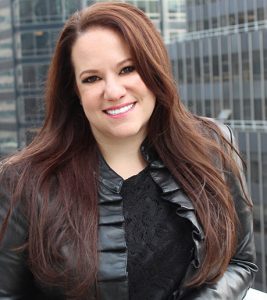 One of those stories involved Samara Finn Holland, FCLC ’03, senior vice president at Kaplow Communications, who began working as a social media influencer before many people even knew what they were.

“I actually credit another alum that I met post-Fordham for a little bit of inspiration,” she said, referring to Charlie O’Donnell, GABELLI ’01. “He was more involved in the finance space, but he started a blog right when blogs started, and on his blog, he talked a lot about digital advancements and social media. So when Charlie joined Twitter, I joined Twitter. When Charlie got a blog, I started watching blogs.”

Holland, whose work includes campaigns for Covergirl and Merck for Mothers, said her classes at Fordham gave her a strong base for her career.

“Even though … I didn’t study influencer marketing at Fordham, I learned how to think, how to think critically, how to problem solve, how to approach different situations,” she said.

John Scott, FCRH ’12, a wild animal keeper at the New York Aquarium, said that his courses at Fordham helped him look at problems and projects in a new way. 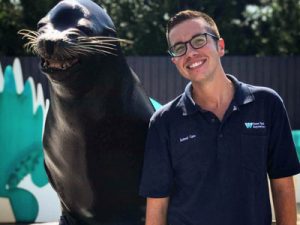 “Fordham I think really provided a great framework and a great foundation for my current job because Fordham kind of inspires their students to think about issues from all different sides and all different perspectives,” said Scott, who majored in political science and environmental policy. “And I think that’s been really helpful in my current job, because you never really know what the day is going to turn out to be like.”

Scott said he also appreciated the access to internships he had while at Fordham, which helped him realize his passion was working with animals. He interned at the Bronx Zoo, in the bird and animal departments, while at the University.

“Working alongside gorillas and elephants and even smaller bird species, it was just this moment of like, ‘This is it, this is what really inspires me,’” he said. 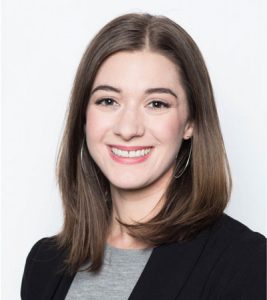 Emily Pandise, FCRH ’14, an associate producer for NBC News and MSNBC, said her extracurriculars at Fordham—running the Fordham Mornings weekly TV show, producing plays for Mimes and Mummers, and working at WFUV—helped her explore a variety of career paths and passions.

“I mean every career I’ve ever wanted since I was a little kid really came back to storytelling, right?” she said.

Those activities also taught her life skills, such as time management and teamwork.

“I loved being involved in so many different things,” Pandise said. “I feel like Fordham definitely taught me how to multitask.”

To hear their full stories, listen to the Fordham Footsteps podcast.