skip to main content
Return to Fordham University
You are at:Home»Fordham Magazine»In Portraits of NYC Basketball Hoops, Love for the Game on Display

In New York, a city that over the years has struggled with issues like wealth disparity, access to affordable housing, and tensions over gentrification, basketball courts can often feel like one of the few truly democratic spaces. On playgrounds across the five boroughs, people from the most varied of backgrounds can come together with the common goal of getting buckets. On these courts, only two things matter: who’s got game, and who’s got next.

But while the New York City parks department maintains hundreds of public courts, there has long been an ecosystem of alternative hoops in the city. These hoops—ones that reflect the history of inequity in New York, almost always lacking nets, sometimes constructed from a mix of found materials—are the focus of a new book of photography, B-BALL NYC, by Larry Racioppo, FCRH ’72. Selected photos from the book are also on display at the Brooklyn Arts Council in Dumbo until December 19, with viewings by appointment. 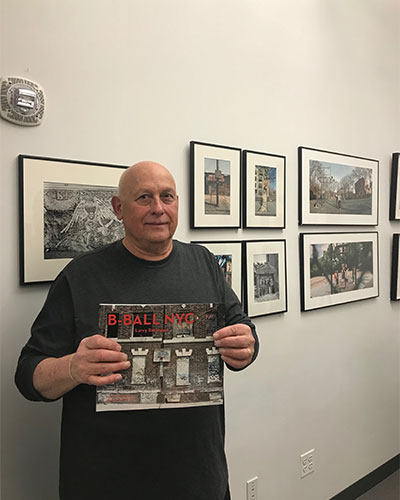 While working as a staff photographer for the New York City Department of Housing Preservation and Development, Racioppo, a Sunset Park native who has previously released books of Halloween photos and Brooklyn street scenes from the 1970s and 1980s, was tasked with taking pictures of vacant land and distressed properties. It was in these areas that he began to notice a common sight: makeshift basketball hoops, attached to the sides of buildings, steel fences, trees—wherever folks could get a backboard and rim (of some sort) to stay up.

Whether born out of a lack of proximity to a playground or the need for kids to create a safe playing space as close to home as possible, these hoops represent the resourcefulness of New Yorkers who have always found a way to bring “the city game” to wherever they are.

“[It’s] a game you can play with a minimum amount of equipment,” Racioppo recently told WFUV’s George Bodarky. “All you need is a basketball and a few friends. And if you [can’t] find anyone to play with, you [can]just practice your shots.”

Along with Racioppo’s photos, taken between 1971 and 2018, B-BALL NYC features New York Times writer Dan Barry’s 2012 essay, “Hoops Spring Eternal,” and an original poem, “For Those Who Know … the Playground,” by legendary DJ, filmmaker, writer, and basketball aficionado Bobbito Garcia.

While several of the photos depict official playgrounds, the majority of them tell a story of the unconventional spaces that have served the needs of resource-strapped hoops heads over five-plus decades in New York City.

More information about B-BALL NYC can be found on Racioppo’s website. 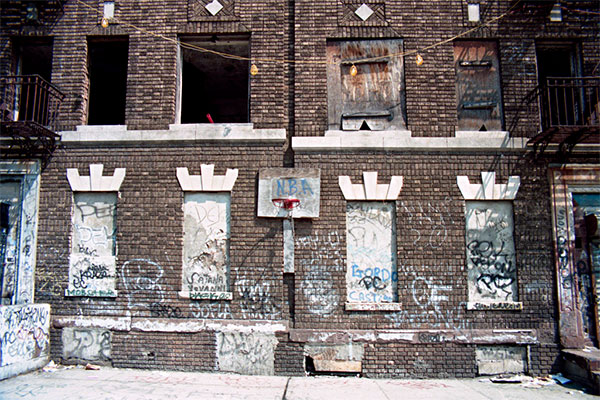 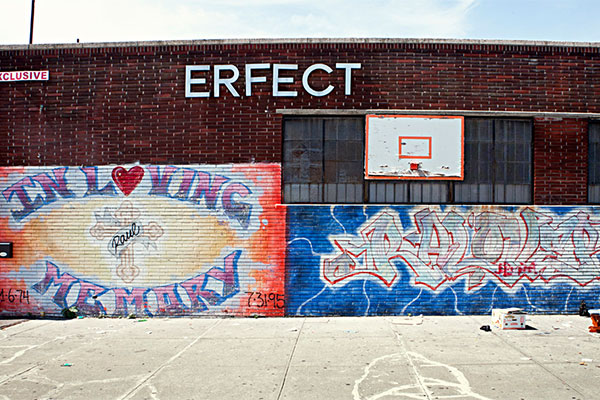 “Here it hangs, another basketball hoop built into the brick of the city. Probably without a net. Maybe bent a little at the front of the rim. Maybe nothing more than a milk crate hammered into a plywood backboard. But it speaks to you.” 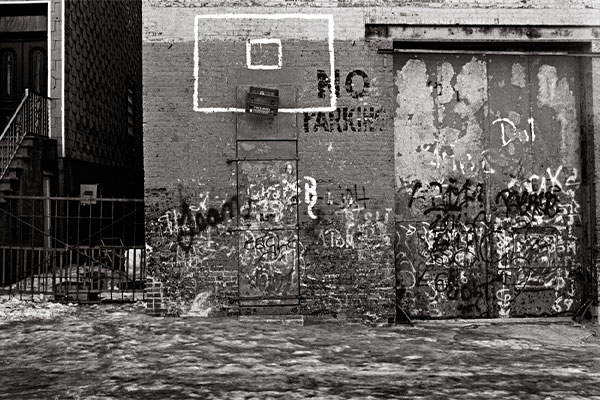 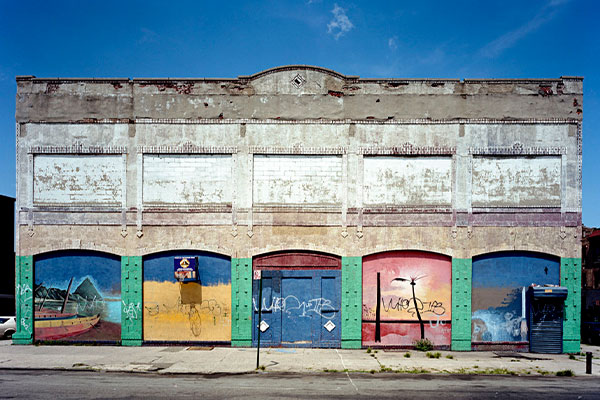 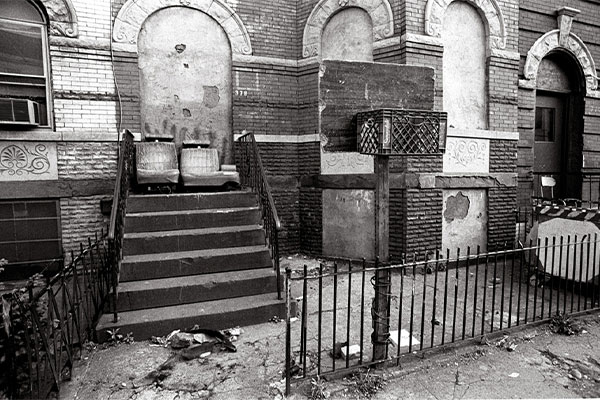 “For those who didn’t have rims, who have shot on the bottom step of a fire-escape ladder or bottomless milk crate, or empty trash can … For those who know the Playground, that playground is you.”

–Bobbito Garcia, from “For Those Who Know … the Playground” 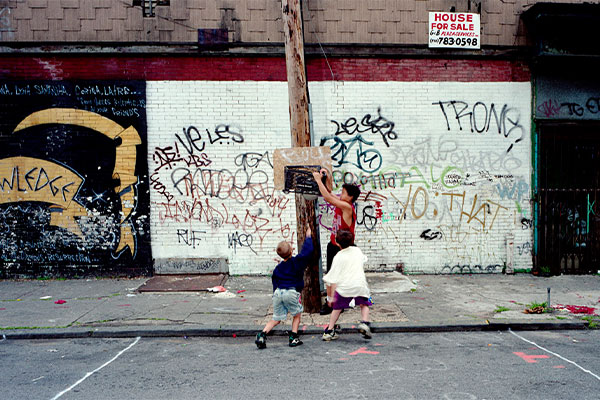 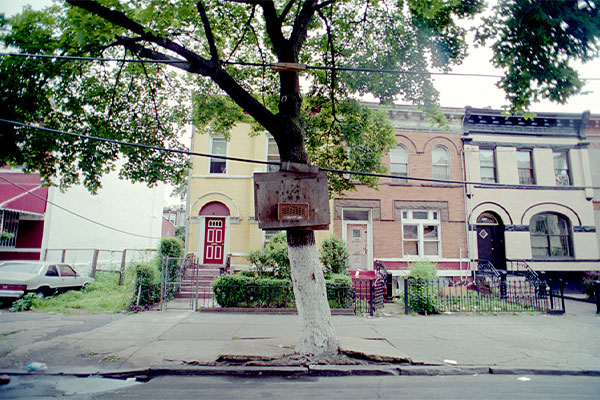 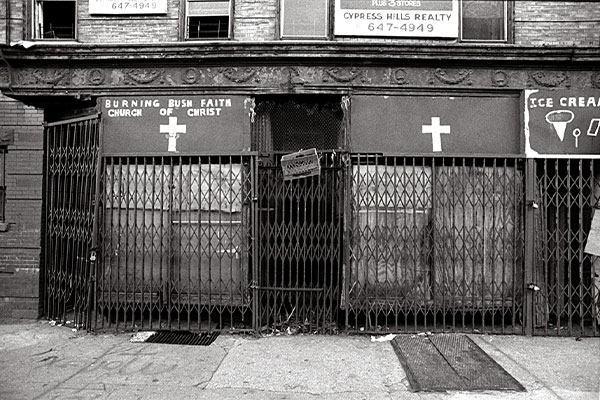 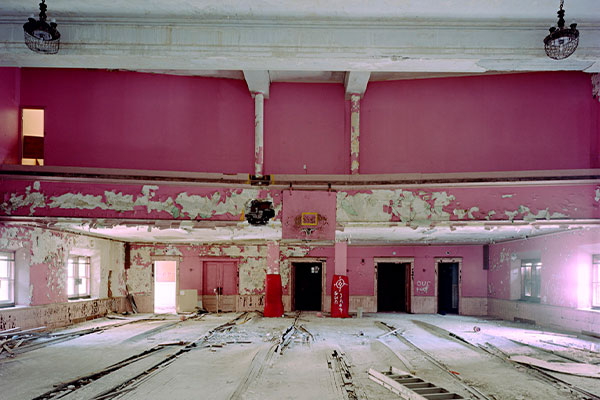 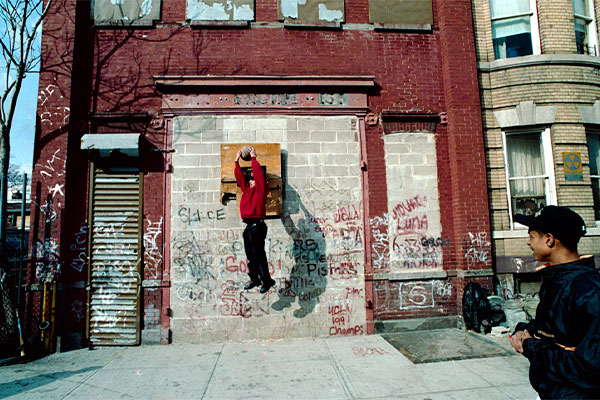 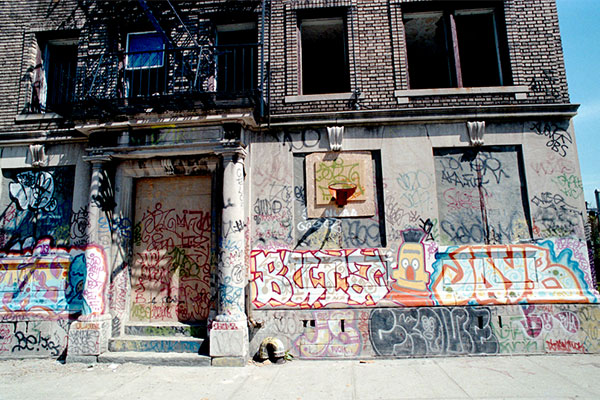 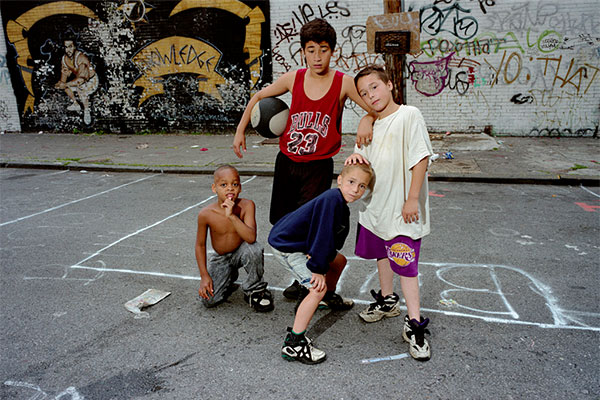