skip to main content
Return to Fordham University
You are at:Home»Fordham Magazine»Features»Fordham’s Largest Scholarship Fund: A Half-Century of Changing Lives
This year, the UPS Scholarship was awarded to 154 Fordham students including those pictured here. Photo by John O’Boyle
As a Fordham undergraduate in the late 1990s, Brian Purnell was focused on his studies but also on his parents—specifically, the debts they had incurred to pay for his education. “Making college … not too onerous of a financial burden on my parents was a priority for me,” he said.

Then, in sophomore year, one of his professors—Mark Naison, Ph.D.—learned of his worries and called a Fordham administrator in search of funding help. And that’s how Purnell became one of the scores of students who benefit every year from the UPS Endowed Fund, Fordham’s largest donor-supported scholarship fund and one of the oldest scholarship funds at the University.

Money was a real concern for Purnell and his family; his father was a New York City transit worker and his mother worked as a secretary at St. Patrick’s Cathedral. The UPS funding award not only eased their financial worries but also gave Purnell new confidence to apply for external funding for his undergraduate and, later, his graduate studies.

“It just really motivated me,” said Purnell, a 2000 graduate of Fordham College at Rose Hill. 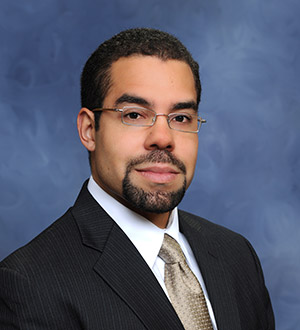 “I can remember just feeling very supported by the school, very encouraged to continue to pursue academics, and to do the best that I could in the majors that I had begun to gravitate towards.

“It was an indication that the studies that I was doing in the humanities were valued,” Purnell said. He later earned a doctorate in history at New York University, taught at Fordham, and worked as co-research director on Fordham’s Bronx African American History Project. Today he is the Geoffrey Canada Associate Professor of Africana Studies and History at Bowdoin College.

Purnell is one of hundreds of students for whom the UPS Endowed Fund has made a pivotal difference since it was established five decades ago. Without it, many would not have been able to attend Fordham at all.

Origins of an Endowment

The endowment emerged out of relationships among UPS officials and Leo P. McLaughlin, S.J., president of Fordham from 1965 to 1969, said Arthur McEwen, FCRH ’55, a retired vice president of human resources at UPS.

Father McLaughlin had gone to grammar school and high school with Walter Hooke, a civil rights and labor activist who was vice president of personnel at UPS, said McEwen, who reported to Hooke at the time. The company president, James McLaughlin, had gone to a Jesuit high school in Chicago, and his son was a Jesuit scholastic teaching at Fordham Prep, McEwen said.

Father McLaughlin invited the two UPS officials to dinner, where the talk turned to the undergraduate college that would soon open at Fordham’s new Lincoln Center campus, and how the University could foster more racial diversity among its students.

When the college opened in 1968, the first entering class included 55 minority students who benefited from a new scholarship funded by UPS’s philanthropic arm, the 1907 Foundation (later renamed the UPS Foundation), McEwen said.

Supplemented with further gifts from the foundation, the UPS Endowed Fund has grown to $18 million and currently supports 154 students at both the Rose Hill and Lincoln Center campuses. 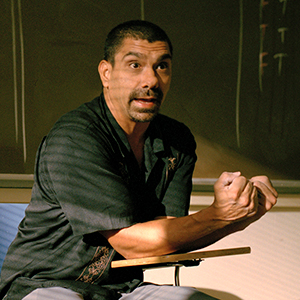 Today, the fund provides the UPS Scholarship to a diversity of students who would not otherwise have been able to attend Fordham. And it often provides financial flexibility that transforms students’ experiences at the University; past scholarship recipient José Haro, FCRH ’00, was able to study in Mexico for a year, and also did well academically “because I actually had time to study” rather than work for money, he said. He estimated that the scholarship from UPS covered about 20 percent of his costs.

When he got to graduate school, he felt well prepared. “I can’t put a value on the education I got from Fordham,” said Haro, an assistant professor of philosophy at the Borough of Manhattan Community College. He earned master’s degrees at New York University and at the University of South Florida, where he also earned his doctorate.

For Adrienne Boykin, GABELLI ’09, the scholarship funding from UPS came at a critical moment in sophomore year. A first-generation college student, she had transferred to Fordham from a community college, drawn by the top-flight accounting program and the Jesuit education. But finances were always a big concern, and she was having doubts that she could afford to stay.

“I thought all the pieces were falling apart,” she said. “But when I was able to get this scholarship, I just felt such a sense of relief and joy.” 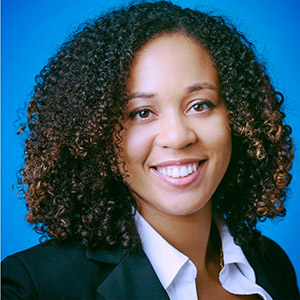 Upon graduating, she went to work for accounting giant PwC, or PricewaterhouseCoopers, having taken advantage of its recruitment relationship with Fordham. “It was a very good job coming out of college,” she said. “Being at another school, I’m not sure that I would have been able to have that specific access” to employment opportunities at the firm, said Boykin, who is now the director of finance and administration at America Needs You, a nonprofit that provides mentoring and career development support to first-generation college students.

Many current recipients describe the scholarship as an important piece in the financial aid puzzle that brought a Fordham education within view. Mia Kroeger, a sophomore from Roswell, Georgia, was considering many colleges until she visited the Rose Hill campus. She was awestruck, “and when I met the people, I realized this was the perfect place for me,” she said.

The UPS Scholarship brought Fordham within the realm of possibility. “It was a big relief,” she said. Being able to choose Fordham “was really, really exciting.”