skip to main content
Return to Fordham University
You are at:Home»Fordham Magazine»Features»Fordham Men’s Basketball Wins First Tom Konchalski Classic
Above: Fordham guard Darius Quisenberry takes a shot in the first half of the Rams’ Nov. 22 victory over Stonehill College. Photo courtesy of Fordham athletics
The Fordham men’s basketball team went undefeated in the inaugural Tom Konchalski Classic, capping the four-team tournament on Nov. 22 with a 71-60 win against Stonehill College in the historic Rose Hill Gym.

The tournament, which spanned four days and also featured teams from the College of the Holy Cross and the University of Illinois Chicago, was named in memory of Fordham graduate Tom Konchalski, FCRH ’68, a New York City native widely regarded as one of the most trusted basketball scouts in the country. His four-decade career included assessments of Michael Jordan, Kobe Bryant, and LeBron James as high school players.

“Not only was he one of the most universally respected people in the industry, he was also one of the most well liked,” said Ed Kull, Fordham’s athletic director. “He exalted the values of his Jesuit education every day of his life and I’m honored to help carry on his legacy with the Tom Konchalski Classic.” 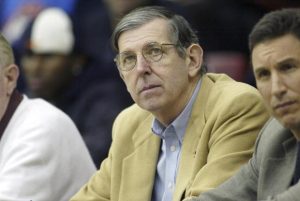 Tom Konchalski at the Rose Hill Gym in 2003. Photo by David Bergman/Sports Illustrated via Getty Images

On Feb. 9, 2021, one day after Konchalski’s death at the age of 74, New York Knicks broadcaster Mike Breen, FCRH ’83, told viewers that while Konchalski “may not have been what’s called a household name, in basketball homes, he was legendary.”

In addition to honoring Konchalski, the tournament pays tribute to the memory of Jim O’Connell, a Hall of Fame basketball writer who served as sports information director for the Fordham Rams from 1976 to 1978. 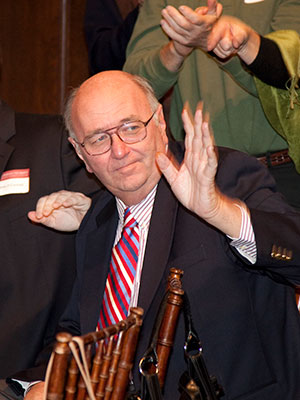 When he died in 2018 at the age of 64, Syracuse University head men’s basketball coach Jim Boeheim told Sports Illustrated that O’Connell—known to many simply as “Oc”—covered sports “in a positive way, always,” and “was always good to players, coaches, fans—everybody.” The tournament’s standout student-athlete takes home the Jim O’Connell Most Outstanding Player award, earned this year by Fordham graduate student guard Darius Quisenberry.

The Rams have started the 2022–2023 season with a 5-1 record, winning all five of their home games. They next face Harvard at the Rose Hill Gym at 1:30 p.m. on Sunday, Nov. 27. The game will feature a special halftime ceremony honoring the family of former Fordham athletic director Frank McLaughlin, FCRH ’69, in whose name the gym court will be named. 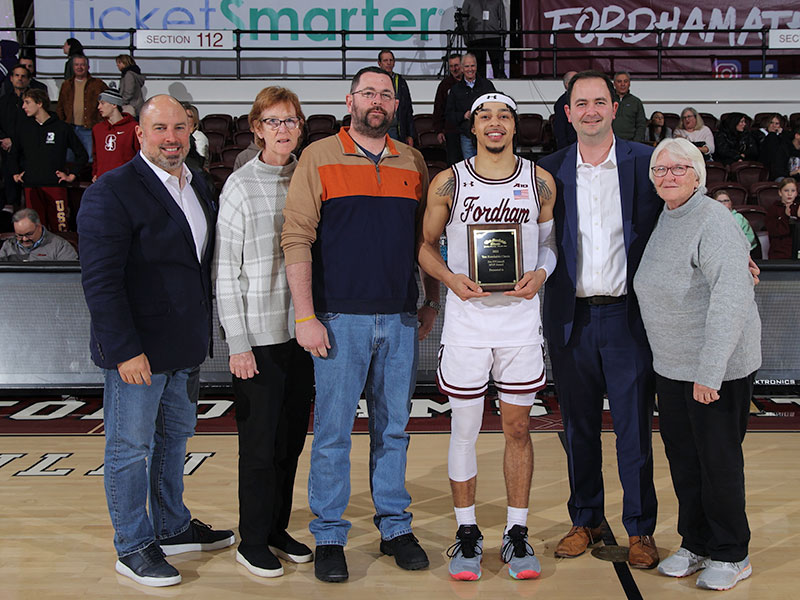