skip to main content
Return to Fordham University
You are at:Home»Fordham Magazine»Features»Five Alumni Reflect on How Fordham Has Fueled Their Creative Career Journeys

Turning a philosophy degree into a career as an entrepreneur. Drawing on Fordham’s Jesuit values to help public school students address issues they face. Gaining health care advocacy and management skills through theater production courses. These are just some of the pivotal college experiences Fordham alumni shared during an April 15 online event titled “Forge Your Own Path: Creative Career Journeys.”

The hourlong discussion, hosted by the Office of Alumni Relations in partnership with the Office of Undergraduate Admission, drew a broad Fordham audience, including newly admitted undergraduate students and their families. Each of the five alumni participants spoke about their reasons for choosing Fordham and how their college experiences, on campus and in New York City, have shaped their lives and helped them adapt and thrive amid the tumult of the past year.

Here are some of their stories and pieces of advice for incoming students.

James Olearchik: A Fordham Education Inspires People for Others

For the past 17 years, James Olearchik, a 1999 Fordham College at Rose Hill graduate, has worked in the New York Department of Education. He’s currently the director for restorative justice in Brooklyn and Queens, where he works with students and teachers to de-emphasize traditional punitive discipline and help build social-emotional learning skills, such as conflict resolution, emotion identification, and problem solving. 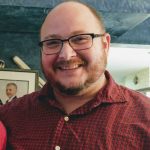 Olearchik said that his Fordham education was crucial to helping him adjust to the challenges of the pandemic at work.

“It saved me and helped me get through the past year. There became this need very quickly to take care of people—people [who worked in the school system]  were just melting down. And so my team and I were like, ‘How can we help?’”

He said they developed new training programs for staff members, and he ran a recreation center for children of those working on the front lines of the pandemic.

“I just made sure that what we were doing had an impact, and that all ties back to this [Fordham Jesuit]  idea of [being]  men and women for others that I’ve really proudly carried around for the last 20-plus years, because it just makes you feel like your work means something when you are helping others.”

A Connecticut native, he recalled exploring New York City museums as an undergraduate and said to this day, the city still feels like his classroom. He encouraged incoming students to “take advantage of everything that comes at you.”

Meggan Schilkie enrolled at Fordham with dreams of someday working in theater, but during her senior year, the events of 9/11 prompted her to change course to nonprofit work.

“I shifted from political theater to political advocacy, and I decided there were other ways I could continue to give back to the community and … advocate for better rights for people living with mental illness and [for people to have]  better access to health care,” said Schilkie, a 2002 Fordham College at Lincoln Center graduate who is now a regional vice president at Health Management Associates.

After the September 11 attacks, she recognized “the deep repair and recovery and support that community members needed,” she said. She was already working a part-time job at a behavioral health agency, and her Fordham education gave her the tools to pursue that full time.

“What Fordham offered me was this combination of academic rigor and a fantastic theater program—so many schools had one or the other. You could get a great honors program or have a great academic program, but then the arts were not as emphasized or vice versa, and Fordham had both, and that was really what I was looking for.”

In Schilkie’s current role, she oversees more than 60 consultants, and she relies on the skills she learned in her theater production course.

“Being a theater directing major was one of the best trainings for management … that you could possibly imagine,” she said.

“As a directing student, you were really given this charge of … interpreting complex systems and … putting together a team of people as diverse as lighting designers and actors and prop masters and costume developers, and really leading a team and helping them to achieve something. And when that curtain went up, you’d better have … that beautiful production developed.”

Brandon Kim: Using Business as a ‘Vehicle for Good’

Brandon Kim said one of the best decisions he made was becoming a philosophy major. The 2015 Fordham College at Rose Hill graduate said the critical thinking and writing skills he developed as an undergraduate help him run Brevite, the direct-to-consumer backpack company he started with his brothers. 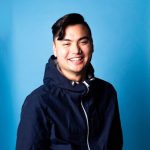 “I ended up choosing to get a degree in philosophy instead of something that’s more vocational, because it was the one moment where I felt that my mind was truly expanding, where I was learning how to think rather than just learning how to do,” he said.

“The whole pandemic forced us to really think critically. And so, you know, I attribute my education [in]  philosophy to allowing me to think a little more clearly during that time, to really be significantly scrappier, to do more with less.”

Taking his company’s success and using it to help others, such as donating backpacks to those who are homeless, is something else Kim attributed to his Fordham education and his work at the Fordham Foundry.

Kim said that he and his brothers try to “just keep moving,” which is something that he encouraged the incoming students to do as well.

“Keep pushing down a path. Keep figuring it out. It doesn’t matter what you end up doing, because you’ll eventually reach the right place.”

Jessica Morales: “It’s What You Learn for Life Skills” 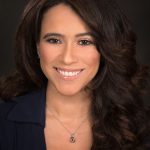 When Jessica Morales started at Fordham, she had already been working in the U.S. district attorney’s office since she was 16 years old. Fordham Law School’s reputation had put the University on her radar, she said, but it was advice from her mentor who pushed her to apply to Fordham.

“The education that I received at Fordham was so well-rounded and helped me in so many avenues personally and [with]  difficulties in life and in my career that I had to overcome,” she said. “You end up being so flexible and adaptable because the education is so well-rounded, from philosophy to theology to business courses.”

Morales, who graduated from Fordham College at Rose Hill in 1997, said the University was “ahead of [the]  curve … in terms of not only what we learned in our curriculum but even volunteering outside in our communities.”

She said a Fordham course called Death and Dying helped her develop those skills—skills she has drawn on as the founder of Be You Bloom, where she works to help organizations create a positive culture, and to cope with the loss of her mother and brother.

“I took [that course]  because I was so fearful of it,” she said, stating that as part of the course she began volunteering at Calvary Hospital, a hospice and palliative care facility in the Bronx. “And it taught me not to fear death. It taught me that I could walk with people who were ill or terminally ill.”

Jake Braithwaite, S.J.: From Finance to the Society of Jesus

Soon after graduating from Fordham’s Gabelli School of Business in 2011, Jake Braithwaite began to work in finance on Wall Street. But after a few years, he felt that wasn’t right for him, so he returned to Fordham to work in alumni relations. Soon after earning a master’s degree from the Graduate School of Arts and Sciences in 2015, he left to join the Jesuits. 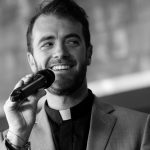 “I studied finance, and I’m obviously now very far from the world of finance,” said Braithwaite, a teacher at Brooklyn Jesuit Prep who is in his sixth year as a Jesuit seminarian with five more to go before he is ordained. “But one of the things I often joke about with my Jesuit friends is one of my favorite jobs [as a student]at Fordham was [as]  an athletics tutor. And now I still teach math.”

Despite his business major, Braithwaite always had a passion for theater, so he ended up taking a performance course, which he said helps him still to this day.

“Some of the stuff I learned in that class [was]  about human emotion—because when you’re singing a song on stage, you have to know what the emotion is, what people are feeling, and be able to interpret [it]  when [you]  watch [your]  classmates. And I use [that]now in my ministry as a seminarian,” he said. “I’m really able to tap into people’s emotions. So I certainly didn’t expect it at the time, but it has proved super valuable.”

“Forge Your Own Path: Creative Career Journeys” was one of three events in a series titled From Fordham to Your Field. Read about the two other events in this series, “Caring for Others in a Pandemic” and “Community Building in the Time of Binge-Watching.”