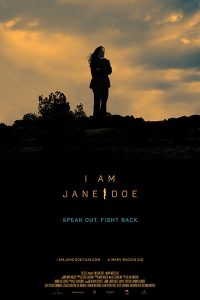 Top: A still from the new documentary film “I Am Jane Doe,” which focuses on victims’ and advocates’ fight against online child sex trafficking. (50 Eggs Films)

Yiota Souras, LAW ’99, and Carol Robles-Román, FCLC ’83, have for many years worked as lawyers and policy advocates at the forefront of efforts to prevent child exploitation and sex trafficking—Souras in her role as general counsel for the National Center for Missing and Exploited Children, and Robles-Román in her role as president and CEO of Legal Momentum, the women’s legal defense and education fund, and in her past role as a deputy mayor for legal affairs under Michael Bloomberg in New York City.

It’s not the kind of work that typically leads to the silver screen. But both Souras and Robles-Román played prominent roles in the new documentary I Am Jane Doe, which debuted in cities across America during February, their voices among a broad cast of legal defenders, parent plaintiffs, politicians, and recovering young women filing litigation against Backpage.com, an online classifieds site with an adult services section used by pimps to peddle prostitution with trafficked minors. 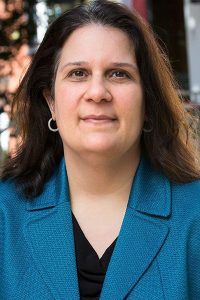 The film, produced by former lawyer Mary Mazzio, explains the economics of prostitution and traces the stories of teenage girls kidnapped and sold into sexual slavery and of their families’ fights through multiple court systems and Senate subcommittees to prevent the enablement of child sex abuse via Backpage.com. While it’s clear that childhood prostitution is illegal, Backpage.com has been able to shield itself behind language in the Communications Decency Act of 1996, which protects online publishers from liability for outside content provided by advertisers. The film raises questions about whether Backpage.com coaches and engages in content creation for the ads.

Souras initially worked with Backpage.com, which claimed it was trying to prevent child sex abuse and trafficking. But she concluded that the business’s efforts were insincere.

“Backpage for so long cast itself in a role of trying to help children,” she says, “while also, as the evidence now indicates, profiting and constructing a business around the precise conduct that was inflicting trauma and violence on children.”

Souras says she believes the film will bring heightened public awareness and dialogue, more attention from Congress, and more dialogue within society and the social services sector on how to support victims of child sex trafficking and their families. She calls Backpage.com’s invocation of the Communications Decency Act a “red herring designed to distract from the starker factual landscape of these cases—namely that the trafficking and sexual abuse of children is always illegal. There are no freedoms that can immunize someone who aids and abets or otherwise participates in a venture that traffics children for sex.”

Asked what impact the film could have, Robles-Román says she wants everyone to know the extent to which internet-enabled sexual exploitation of children is happening in the U.S., and that these children must receive strong legal protection.

RELATED STORIES: Read “Seven Questions with Yiota Souras” and “Carol Robles-Román: Advocate for Women and Girls”
“This should shock and awe everyone,” she says.

“Girls and boys who are exploited online are terrified to report it to police, their parents, and the justice system. I hope our work will send a message to these children to speak up and fight back. We want them to see lawyers and advocates fighting for them.”

Watch the trailer for I Am Jane Doe: