66. Alumni Support Helped Build a Cathedral for the Curious 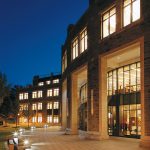 A $10 million gift from William D. Walsh, FCRH ’51, supported the construction of the William D. Walsh Family Library, which was officially dedicated at Rose Hill on October 17, 1997.

67. Endowed Chairs Are on the Rise

In the past decade, Fordham has established 41 endowed chairs, bringing the total number to 67. These faculty positions—many of them donor-funded—are in a wide range of subjects, including quantitative psychology, global security analysis, Orthodox Christian studies, and international human rights.

68. An Alumnus Leads the Fight Against Cancer 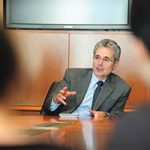 In September 2011, Ronald A. DePinho, M.D., FCRH ’77, became president of the University of Texas MD Anderson Cancer Center, the world’s largest and perhaps most renowned cancer hospital. One year later, he announced that MD Anderson would launch the Moon Shots Program, a $3 billion initiative to dramatically reduce cancer deaths over the next decade.

Approximately one in five undergraduates in Fordham’s Class of 2019 is the first in their family to attend college.

70. A Fordham Philosopher Leads the “Varieties of Understanding” Project

In 2013, philosophy professor Stephen R. Grimm, Ph.D., earned a $4.2 million grant from the Templeton Foundation to develop a better understanding of understanding itself. The award has funded new research in philosophy, psychology, and theology.

71. One Student Created a Novel Way to Honor Enslaved Americans 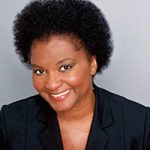 As a student at Fordham’s School of Professional and Continuing Studies, Sandra Arnold, PCS ’13, launched the National Burial Database of Enslaved Americans. She got the idea after discovering a plantation cemetery in Tennessee that contains the graves of her enslaved ancestors. Arnold is now a graduate fellow at Brown University’s Center for the Study of Slavery and Justice, and her database is the core project of her Periwinkle Initiative (periwinkleinitiative.org). 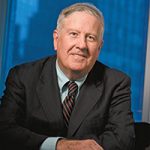 As a recent Fordham Law graduate in the mid-1960s, John Feerick, FCRH ’58, LAW ’61, helped draft and secure the passage of the 25th Amendment to the U.S. Constitution, dealing with presidential disability and succession. He served as dean of Fordham Law from 1982 to 2002, and today he is the founding director of the school’s Feerick Center for Social Justice.

John LaFarge became interested in art during his studies at St. John’s College, Fordham, in the 1850s. He later exhibited paintings at the National Academy in New York City, but his inquisitive mind led him to experiment with stained glass. With the introduction of opalescent glass and other materials, LaFarge lifted the medium to previously unimaginable heights. For his innovative work, he was one of the first seven men chosen for membership in the American Academy of Arts and Letters. 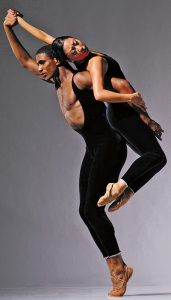 In fall 1998, Fordham College at Lincoln Center partnered with the Ailey School to create the Ailey/Fordham B.F.A. program in dance. The program blends the rigors of a liberal arts education at Fordham with conservatory training at the official school of the internationally acclaimed Alvin Ailey American Dance Theater. Since taking their first steps together, Fordham and Ailey have graduated more than 250 students, many who have gone on to work as professional dancers.

75. Mario Gabelli’s $25 Million Gift Is the Largest to Date

On September 25, 2010, before the annual Homecoming football game, Fordham announced that renowned value investor and 1965 Fordham alumnus Mario Gabelli had made a historic $25 million gift to enhance business education at Fordham. It’s the largest single contribution the University has received to date.

76. A Bequest Helped Build a Home for Students at Lincoln Center 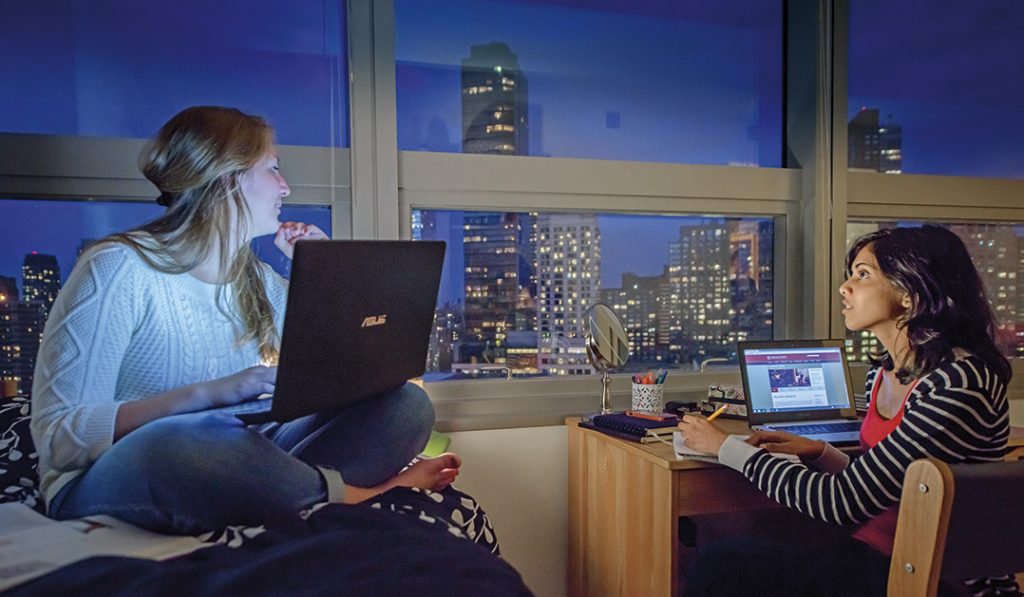 Elodie Huston (left) and her roommate Sithumi Narasinghe Priya Dewage were among the first residents of McKeon Hall when it opened in 2014. The construction of the 12-story hall was made possible in part by a generous bequest from the late Robert McKeon, GABELLI ’76, a former Fordham trustee.

77. Campbell, Salice, and Conley Halls Were Named in Honor of Two Generous Couples and Their Families

In August 2010, the first group of 400-plus Fordham students moved into Campbell, Salice, and Conley residence halls, which were built thanks to the generosity of two couples: Susan Conley Salice, FCRH ’82, and Thomas P. Salice, GABELLI ’82; and Joan M. Campbell and Robert E. Campbell, GABELLI ’55.

78. An Alumna Is an Expert on the Power of Games

Game designer and researcher Jane McGonigal, Ph.D., FCLC ’99, has been named one of the “10 Most Powerful Women to Watch” by Forbes and one of the “20 Most Inspiring Women in the World” by O Magazine. “Games train us,” she wrote in her 2015 book SuperBetter, to think and act in ways that “help us turn extreme stress and challenge into positive transformation.”

79. Our Alumni Understand the Power of Scholarships

Like many Fordham alumni, Rose Marie Bravo, TMC ’71, former CEO of Burberry, was among the first in her family to go to college. In gratitude for her parents’ support, she established the Biagio and Anna LaPila Endowed Scholarship Fund to help other first-generation students get a Fordham education.

Excelsior | Ever Upward | The Campaign for Fordham was the most successful capital campaign in University history, raising $540 million thanks to the support of 60,000 alumni and friends. They helped the University create more than 220 scholarships, build residence halls for 800-plus students, raise the number of endowed chairs to 67, transform Hughes Hall into the Gabelli School of Business, and construct the new Fordham Law School.

George E. Doty, FCRH ’38, former Wall Street financier and CEO of Goldman Sachs, made a gift to Fordham every year from 1957 until his death in 2012. In tribute to his steady generosity, Fordham created the Doty Society to recognize donors who have given to the University for 20 years or more.

82. The Cunniffes Created a Scholars Program with a $20 Million Gift 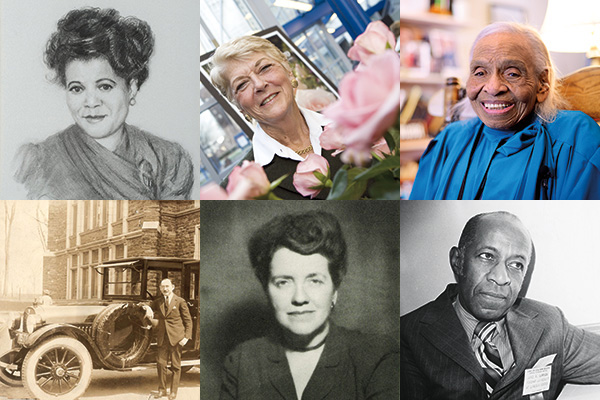