skip to main content
Return to Fordham University
You are at:Home»Fordham Magazine»Books»Author Pamela Lewis on Teaching While Black 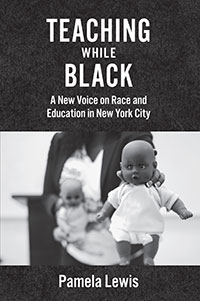 After Pamela Lewis, FCRH ’03, had been teaching for some years, she began to feel defeated. A teacher of color, she was faced with an education system that she felt was failing black children. “I was angry, originally. I felt as though I needed to have my voice included in the conversation,” said Lewis, who holds two master’s degrees from the Mercy College School of Education. “I had read a few teacher memoirs by then, but they were always by white people talking about their experiences. I hadn’t read any memoirs from anyone of color.”

This year, Fordham University Press published Lewis’ memoir, Teaching While Black: A New Voice on Race and Education in New York City. The book is a deeply personal account of her 11 years of teaching in New York City, one of the most racially and economically segregated school systems in the country. Lewis details her frustrations in trying to reach her students while working within a system that did not value her own understanding—as a black woman—of what children of color need to succeed.

In the introduction, she writes about the effects of “double consciousness” on her and her students. The term, coined by civil rights activist and educator W.E.B. Du Bois, refers to the challenge African Americans face when they are forced to view themselves not only through their own eyes but also through the eyes of others around them. It’s something she’s felt both as a Fordham undergraduate and in her teaching career. She urges educators who are not of color to be mindful of the theory of double consciousness, and she challenges all educators to acknowledge the role race plays in their classrooms and, above all, “to not be color blind.” 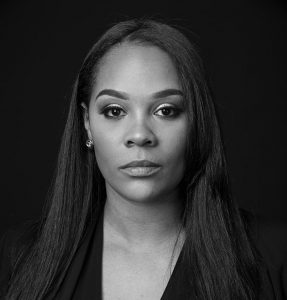 Teaching While Black is filled with anecdotes of Lewis’ students—how they struggled, how they bonded with her over music, how she could relate to them and their families. It is Lewis’ hope that curricula in communities of color will continue to grow to better reflect their diverse student body, and that the city will attract more black and Latino teachers. A dearth of knowledge and education about one’s own culture, she said, contributes to low self-esteem and can lead students to struggle in and out of school.

“The lack of motivation and work ethic has a lot to do with how students feel about themselves and their self-worth. I feel like if they loved themselves and felt they were worthy of a better education, they would try harder,” said Lewis, who’s now working as a literacy coach in the Bronx. She added that “just having that presence of black leadership” in the classroom “makes you realize what your potential is a little more.”