skip to main content
Return to Fordham University
You are at:Home»Fordham Magazine»In Ancient Times, Food and Milk Formed the Soul
John Penniman, Ph.D., GSAS ’15, is author of a new book about how food and milk were viewed by early Christians [Photo by Brett Simpson]
“You are what you eat”—today it’s a nutritional cliché, the kind of thing that pops up mainly in discussions of sugars and fats and food groups.

In the ancient world, however, it was a powerful idea that had to do with more than just physical health. Food and mother’s milk were seen as related to character, and would also become symbols of spiritual growth and nourishment among the earliest Christians, according to a new book by a Fordham-educated scholar of religion.

“That you are formed according to the one feeding you is something you would see often in both Roman and early Christian literature,” said John Penniman, Ph.D., GSAS ’15, assistant professor in the religious studies department at Bucknell University.

His book, Raised on Christian Milk: Food and the Formation of the Soul in Early Christianity (Yale University Press, 2017), was released last spring. Penniman spoke with FORDHAM magazine about how the idea emerged as he was earning his doctorate in Fordham’s theology department—and his surprise discovery about how much history you can find behind a common catchphrase.

How did you get the idea for this book?

It began during my doctoral work at Fordham, when I was thinking about how early Christians talked about being formed properly according to their ideals. In ancient and early Christian literature, I began to regularly notice references to food, nurturance, breastfeeding, and maternity, even when that wasn’t literally what was being 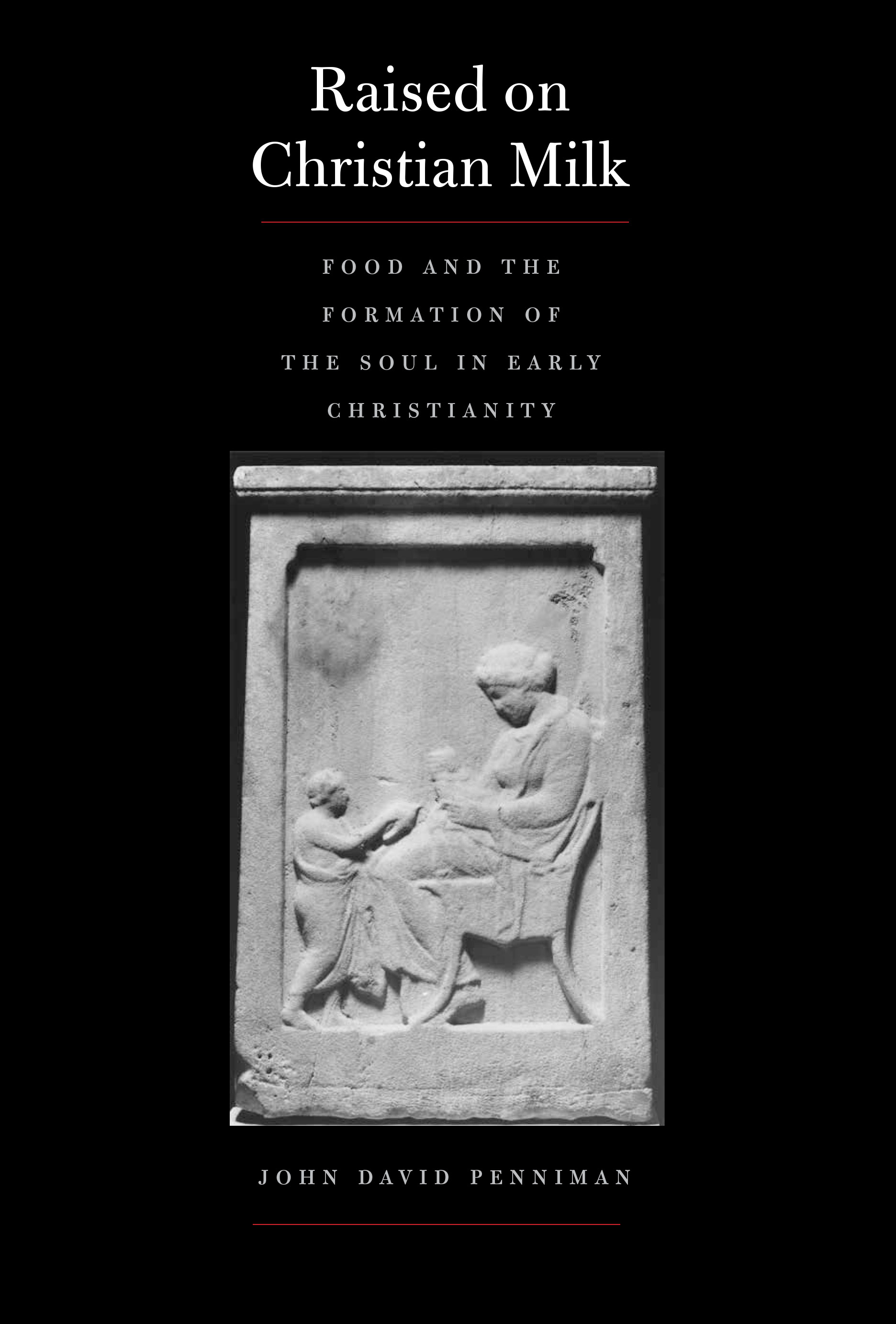 described. It was being used to talk about how to properly form the soul, in a certain sense, so I began to explore the use of food to talk about formation, and focused on a New Testament passage where the apostle Paul says to the Corinthians, “You are not ready for solid food, so I gave you milk to drink instead”—because they are still infants and not fully formed, essentially.

In early Christian literature, this passage gets interpreted in wildly different ways. It seems like Paul is saying the Corinthians are infantile and not ready for advanced teachings. Others in later generations of early Christianity used that passage as a way to think, “Well, in these circumstances it would be good to be infantile because you are being properly fed, you’re being fed by the right source, you’re not getting ‘wrong’ food that’s going to deform you.”

Why was this such a potent metaphor for Paul to use?

The metaphor was widely used to think about growth and character formation in that period. It actually drew upon deep political and social values that were much broader in the Roman empire than just early Christians, and these values looked at mother’s milk as literally a carrier for moral character, for social belonging, for intellectual capacities, even for social legitimacy or ethnic belonging in certain respects. Milk was politicized in really significant ways in the Roman empire, and my argument is that Paul is actually drawing upon this symbolic value when he’s evoking it metaphorically.

Does this mean the Romans believed in nurture rather than nature?

What I discovered, and what was really surprising to me, was that you could be born into a really highly regarded aristocratic family, but it was thought that if you weren’t fed properly, you would become deformed in character and soul, and by that they often meant who nursed you as a child, who minded you as a child. Nurture was shaping nature in that way; your nature wasn’t complete at birth, according to ancient Roman medical and moral thought, and early Christians really picked up on this. It wasn’t that they emphasized nurture more than nature, it’s that the categories themselves were really slippery and didn’t uphold that dichotomy in quite the same way that we think about it today.

Was solid food invested with the same importance that milk was?

In one early Christian text, by Origen of Alexandria, solid food functions as a metaphor for social status. He basically says the rustic folks who work out in the fields don’t have the palate or the stomach for rich foods compared to folks who live in the city, who have more means, so they must be given lighter fare. From this he sort of spins out a way to say not everybody can be taught the same way. And he thinks this is quite natural—the higher-status person in the city is going to eat richer foods, more animal protein, whereas the farmer is going to have blander foods and less animal protein, and for him that becomes a way to ask, what are the “solid foods” to which one could aspire spiritually?

Did these early thinkers give us the cliché “you are what you eat”?

The 19th-century German philosopher Ludwig Feuerbach is the one that really popularized it. And he was mocked for it—people thought he was being reductive and overly materialistic. What’s fascinating is that in defending himself he turned to the ancient world and how ancient people thought about food. So I unexpectedly discovered that this cliché leads us directly into the ancient world, and that food has always been this deeper, more deeply significant symbol that you take into yourself.