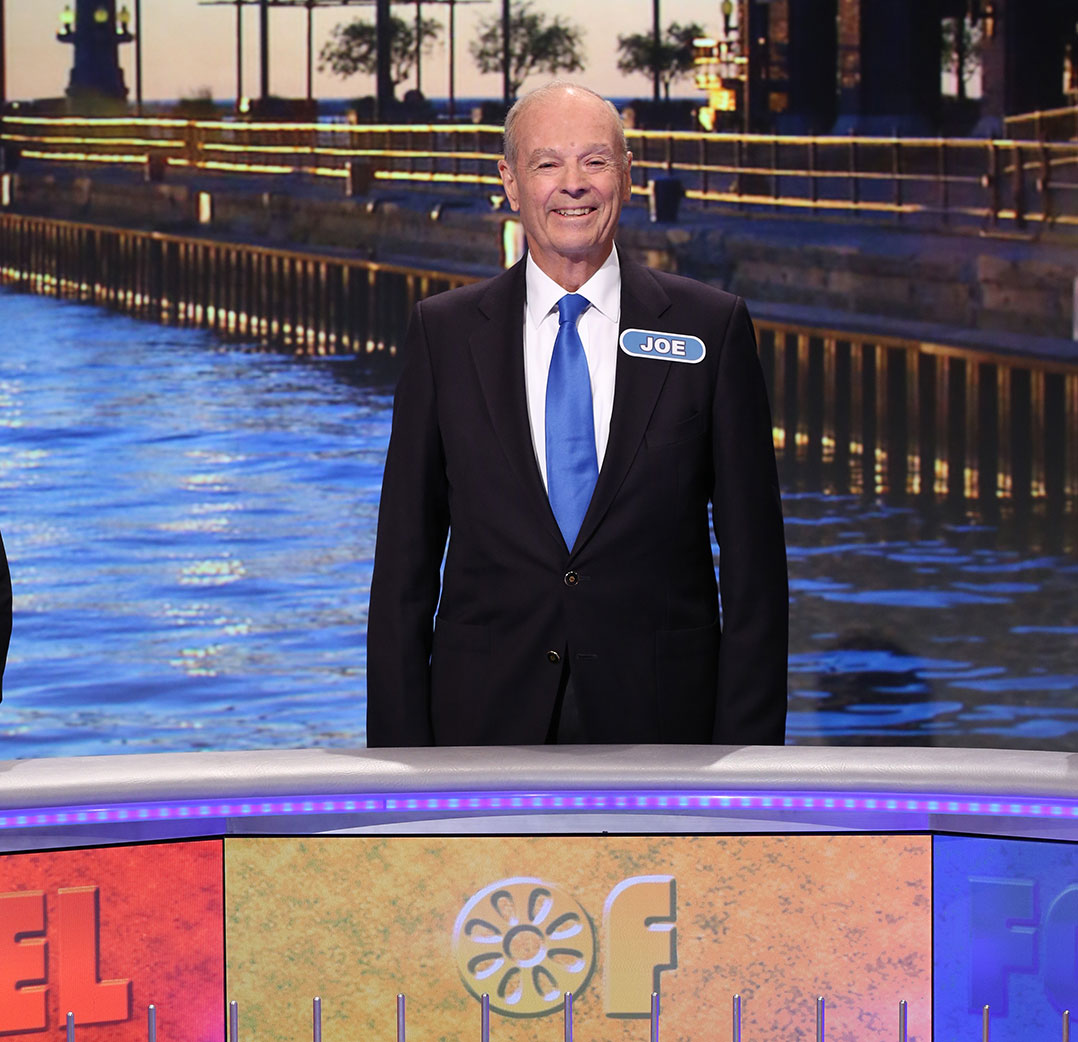 When Joe Sullivan, FCRH ’58, heard that Wheel of Fortune would be auditioning potential contestants in the New York City area, his first thought was, “What a great way to get some publicity for the Fordham University sailing team.”

It’s no wonder. Aside from being an avid Wheel of Fortune fan, Sullivan, a retired entrepreneur, is synonymous with Fordham sailing.

As an undergraduate, he was the varsity team captain from 1955 to 1957, when the Rams were a force in intercollegiate sailing. And in 2000, he helped relaunch the program as a club sport after it had been dormant at Fordham for nearly three decades. He’s been involved with the team ever since, first as a volunteer coach and now as a volunteer director, helping the Rams become—once again—among the best in the country.

Since 2000, when Sullivan helped relaunch Fordham sailing as a club sport, the Rams have become one of the best teams in the country. Out of 194 club teams, they are now consistently ranked No. 1 or No. 2. And among all 230 varsity and club teams, they have been ranked as high as No. 6.

“He teaches the young extraordinary lessons of teamwork, discipline, and the constant search for excellence,” Joseph M. McShane, SJ, president of Fordham, has said of Sullivan. “We thank him for bringing sailing back to life at Fordham and for his faith and love for our students.”

Sullivan said his three main goals in auditioning for Wheel of Fortune this past summer were to “promote the sailing team on national television, to have fun, and to hopefully win enough to cover [his and his wife’s] travel expenses.”

He’s not allowed to reveal the outcome of the game until after the show airs, but he said he certainly achieved his first two goals.

He even wore his Fordham sailing tie (navy blue with a pattern of maroon Fordham burgees) for the taping. Though he was asked to change into a solid tie for the publicity photo seen above, Sullivan said that “minutes before I was to take my place behind the wheel, the assistant [producer] whispered to me, ‘We know how important it is to you. Wear your Fordham tie. It will be fine on television.’”

Sullivan will appear on the show as part of Wheel of Fortune’s annual Veterans Week. He was commissioned as a second lieutenant in the Air Force in 1958, after graduating from Fordham, and stationed in Korea from January 1959 to February 1960.

Sullivan and his wife, Barbara, took a two-day trip to California this past August for the taping of the Veterans Week shows, which he describes as “the Hollywood equivalent of basic training.”

“It was an exhausting but exhilarating experience for a couple of senior citizens about to turn 79 years of age,” he said, “but we are glad we did it.”

Tune in to Wheel of Fortune at 7:30 p.m. EST on Thursday, November 12 to cheer on Joe Sullivan!

Friday, November 13 Update: Joe Sullivan played a great game on Thursday evening, and it was clear he had a lot of fun. He gave a shout-out to the Fordham Rams in his introduction and won almost $10,000 during the course of the game, putting him in second place and almost certainly covering his travel expenses.