skip to main content
Return to Fordham University
You are at:Home»Fordham Magazine»Alumni News»Alumnus Honored for Lifesaving Heroism in Afghanistan
Gen. Charles Q. Brown and Staff Sgt. Daniel Swensen, shown wearing the maroon beret of the pararescuemen, which happens to share its color with Fordham. Photo by Airman 1st Class Bryan Guthrie, courtesy of U.S. Air Force
A member of Fordham’s Class of 2010 has been awarded the nation’s third-highest military combat decoration, the Silver Star Medal, for heroism that saved the lives of nine people during a firefight in Afghanistan in mid-September.

Staff Sgt. Daniel Swensen, a Fordham College at Rose Hill alumnus and U.S. Air Force pararescueman, received the medal in a Dec. 13 ceremony at Nellis Air Force Base in Nevada.

He accepted it with honor but also a hint of surprise, according to an Air Force statement.

“It’s weird to receive so much attention for something that I feel anyone else would’ve done on the battlefield that night,” said Swensen. “I’m honored my peers think I deserve this medal.”

He was embedded with an Army Special Forces detachment on Sept. 13 and 14 in Farah Province, Afghanistan, as it fought to reclaim the Anar Darah District Center and police headquarters from the Taliban. He was leading a ground assault team through a compound when Taliban fighters ambushed them from less than 100 meters away with heavy machine gun fire and rocket-propelled grenades. A grenade struck the wall behind Swensen, wounding him and five of his teammates.

Trapped and separated from the support fire team, Swensen returned fire and directed his teammates to safety and also ran through heavy fire to rescue a soldier incapacitated by his injuries. “As gunfire sprayed overhead, Swensen treated the life-threatening wounds before moving him out of danger,” the Air Force said in its statement. “Swensen, continuing to ignore his injuries, grouped the casualties and prepared for extraction.”

He carried an injured soldier on his shoulders and directed the team to the helicopter landing zone 800 meters away. After they arrived, the Taliban ambushed them again, and Swensen remained exposed to enemy fire as he directed others behind cover and continued to treat the critically injured.

After a helicopter evacuated the injured, he led the remaining team members to retrieve four additional casualties.

Only then did he take treatment for his own wounds. 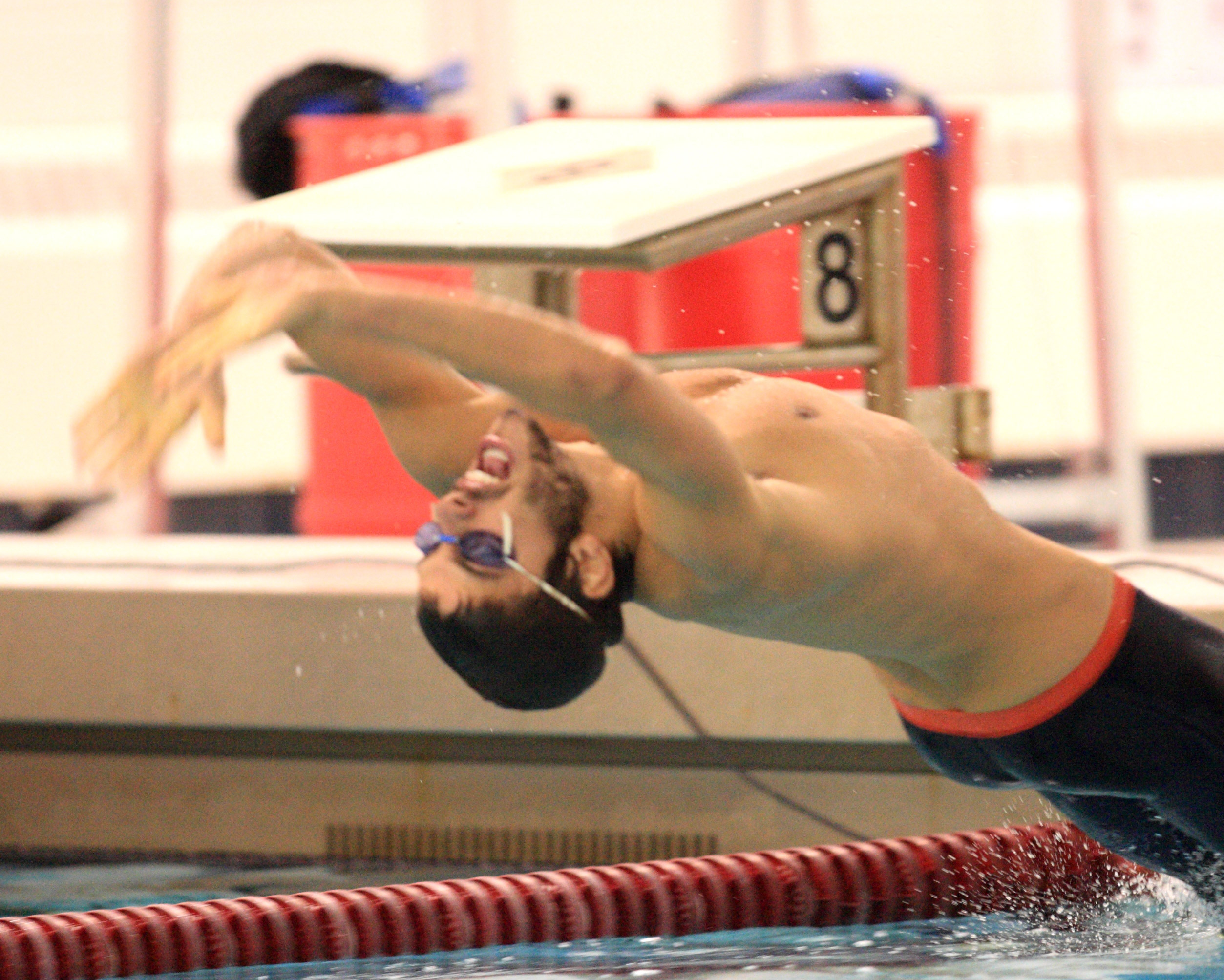 At Fordham, Swensen was a captain on the swim and dive team, “a great leader and a great example for everybody to follow,” said Steve Potsklan, head coach for men’s and women’s swimming and diving.

“It is truly an honor and a privilege to have Dan represent our program and our university,” he said. “He was a tireless worker and a team leader here at Fordham, and it doesn’t surprise me that the total commitment and effort he brought to the pool every day has carried over into his career in the U.S. Air Force and has now been rewarded with this incredible honor.”

Also awarded the Silver Star on Dec. 13 was Tech. Sgt. Gavin Fisher, honored for his own gallantry in August in Afghanistan’s Ghazni Province.

“You may ask yourself how these two individuals in the face of such adversity performed so admirably,” said Lt. Col. Douglas Holliday, commander of 58th Rescue Squadron. “Airmen like Dan and Gavin are part of a profession that dedicates their lives to a motto ‘That Others May Live.’”