skip to main content
Return to Fordham University
You are at:Home»Fordham Magazine»Alumni News»Alumni ‘GO!’ to Puerto Rico for Summertime Service Project
Amid their service, alumni—and their Fordham gear—were able to squeeze in a trip to the beach. Photo by Matt Burns
Fordham’s Global Outreach program (GO!), which runs projects centered on social justice and community engagement in the U.S. and abroad, isn’t just for students.

In early August, a group of seven alumni traveled to Puerto Rico to support the nonprofit Alliance for Economic Development of Ceiba (APRODEC) in its efforts to turn a former U.S. naval station into a multiuse space for the community. Originally commissioned as a naval base in 1943 and named for President Franklin D. Roosevelt, the base was upgraded to a naval station in the 1950s and closed in 2004.

During the five-day project, alumni learned about the complex history of relations between Puerto Rico and the U.S., visited the capitol building in San Juan, and worked with another nonprofit partner, Para la Naturaleza, to plant mangrove trees in Manatí. A few walking tours and a visit to Casa Bacardí—plus a tasting—were on the itinerary, too.

View a selection of photos below for a glimpse of this GO! alumni experience. All photos by Matt Burns, unless otherwise noted.

After arriving in Old San Juan early Thursday afternoon, the group enjoyed lunch before embarking on a walking tour of the city with Jorge Montalvo, founder of Patria Tours. Later that evening, they headed to APRODEC to settle in and have a brief orientation. 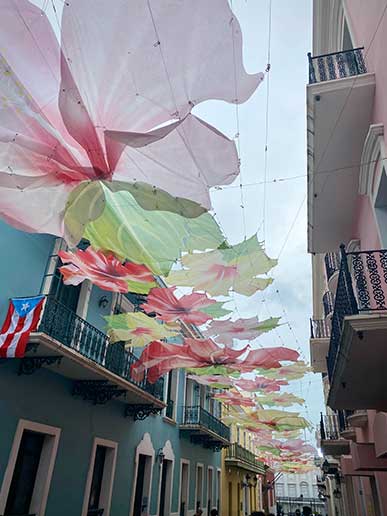 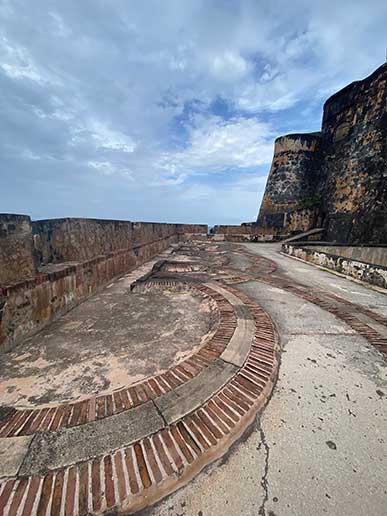 On Friday, the group teamed up with Para la Naturaleza to plant mangrove trees at Hacienda La Esperanza in Manatí. Now the largest nature reserve in northwest Puerto Rico, it was once a sugar estate. The day also included a visit to Casa Bacardí and Isla de Cabras, a park and beach not far from Bacardí.

Saturday was a day of service, reflection, and fellowship, with the team enjoying meals together and completing a service project at APRODEC.

On Sunday, alumni headed out on a local kayaking excursion and later headed to a jazz concert.

On their last full day in Puerto Rico, the group traveled to Old San Juan, toured the capitol building, and had the afternoon free. 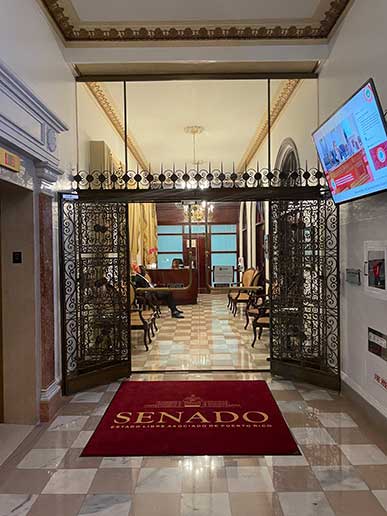 Before leaving to return to New York City, the group watched the sunrise from the roof of APRODEC and toured part of the facilities under renovation (or slated for future renovation) with Manuel José Martínez, president of APRODEC. 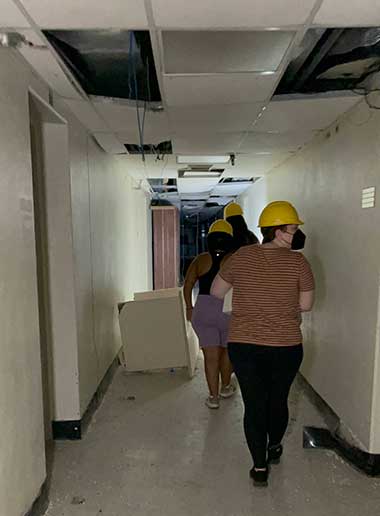