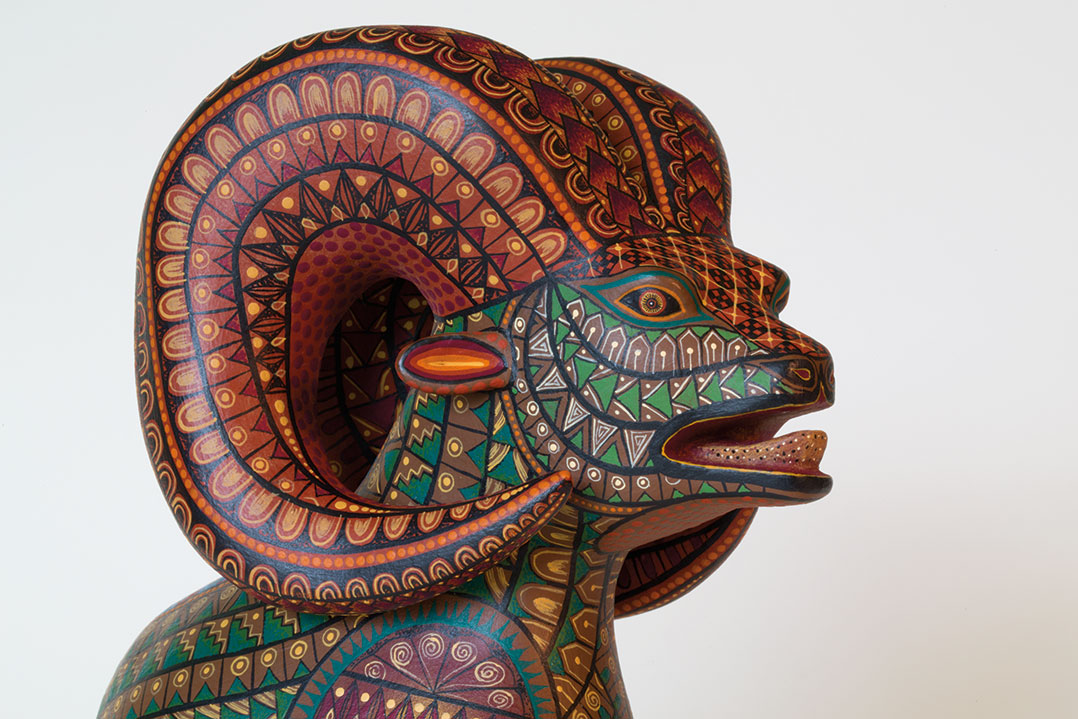 Martha introduced her family to several of the local artists she had met while studying the use of color in local Zapotec craft traditions in and around Oaxaca.

Scott was particularly impressed by Jacobo and María Ánegles’ workshop, which specializes in brightly painted wooden animal sculptures called alebrijes. After returning home, he asked his niece to commission a piece from the workshop, and let her choose the animal.

“It’s a striking piece of art to remember the experience, and an appropriate choice of memento of a visit by a Fordham group,” says Scott.

In fact, the Clippingers’ connection to their alma mater predates even the Fordham Ram, which became the University’s official mascot in 1893. At a graduation ceremony on the Rose Hill campus in 1852, when Fordham was still St. John’s College, the Clippingers’ ancestor John McQuade received his diploma from Fordham’s founder, Archbishop John Hughes.

It’s clear why Martha, whose middle name is McQuade, chose a ram for her uncle’s alebrije. The artist’s choice of maroon as a primary color for the piece was simply fate.