skip to main content
Return to Fordham University
You are at:Home»Fordham Magazine»A Walk on Arthur Avenue
Above: Peter Madonia, FCRH ’75, stops outside Our Lady of Mount Carmel Church in Belmont. Every weekend, he returns to the Bronx’s Little Italy to shop and eat, and to look in on the bakery his grandfather established in 1918. Photos by Bill Denison
Peter Madonia’s eyes light up: Driving down Arthur Avenue on a Thursday afternoon in June, he spots a free parking space directly across the street from the bakery his grandfather established in 1918. Good luck finding that spot on a Saturday, when Belmont is bustling with scores of New Yorkers and suburbanites back in the Bronx’s Little Italy to shop and eat the way their parents and grandparents taught them.

“This used to be a neighborhood where everyone did what my grandmother did,” Madonia says. “In the morning she went out and she bought whatever they were eating that night: fish or meat, vegetables, bread, whatever else they needed, and then she came home to prepare the meal. And that went on for years here, up through the ’80s.”

Nowadays, the Italian-American population of Belmont is small, but the community’s old-world flavor remains rich and strong as espresso. People flock here for the quality, variety, and value of the food available. And not least for the authenticity and tradition: Belmont is home to a remarkable number of businesses still run by the families who started them, in some cases more than 90 years ago. “It’s all the pieces of it that make it special,” Madonia says. “It’s the neighborhood, it’s the history, it’s the milieu.” 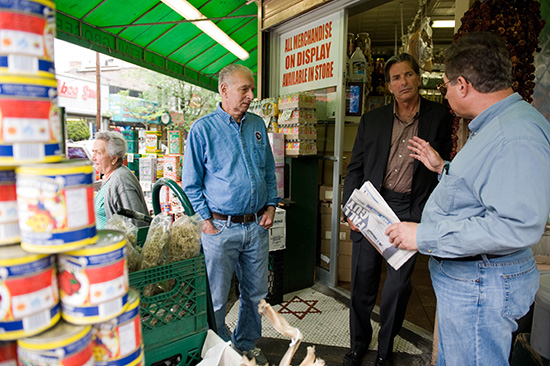 Frank Franz, FCRH ’75 (right), president of the Belmont Small Business Association, talks with Madonia and Gil Teitel (left) outside Teitel Brothers grocery store, which was founded in 1915. Note the Star of David mosaic near the threshold. Gil Teitel’s father, Jacob, installed the Jewish star outside the store during the Depression.

Although he grew up working in the bakery, Madonia didn’t always appreciate the value of the family business. “I hated it when I was kid,” he says. “I wanted to break out.” So after graduating from Fordham University in 1975 with a B.A. in anthropology and political science, he earned an M.A. in urban studies at the University of Chicago.

When he returned to New York in the late 1970s, he went to work as chief of staff for Deputy Mayor Nat Leventhal and before long advanced to deputy commissioner of the New York City Fire Department. In 1988, however, his older brother, Mario, who had been running the family bakery, was killed in a car accident. Amid the grief, Madonia decided to help his father keep the bakery alive. “It was hard,” he says. “It’s not the way you want to wind up in a business.”

The bakery thrived nonetheless, and by the mid-1990s he had taken in a partner. He also kept in touch with his former colleagues in city government and, in 2001, became a policy adviser to Michael Bloomberg, who was running for mayor. Following Bloomberg’s election, Madonia was named chief of staff, a position he held till late 2005, when he left City Hall to accept a new job, as chief operating officer of the Rockefeller Foundation. 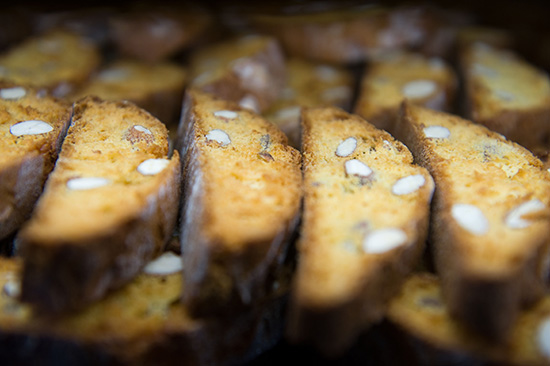 Madonia Brothers has been selling bread, biscotti, and cannoli on Arthur Avenue for generations.

As gratifying as Madonia finds his work these days, the 13 years he spent running the bakery on a daily basis taught him to recognize “the intrinsic value of a family business and an institution that has history.” He especially relished the daily exchanges with customers. “What a positive thing it is for people to say, ‘Thank you, I love your product. I put this on my dinner table.’ That’s their house,” he says. “You go home with them.”

Time is elastic on Arthur Avenue, and it doesn’t take Madonia long to get back into the old-world rhythm of the place. He meets Frank Franz, FCRH ’75, president of the Belmont Small Business Association. They walk and talk with Gil Teitel, third-generation owner of Teitel Brothers, the gourmet grocery that’s been selling imported olive oil, tomatoes, cheeses, and other goods on the corner of Arthur Avenue and 186th Street since 1915.

Two storefronts down is Coseza’s Fish Market, where imported branzino and orata rest on ice among local bluefish and croakers. “He has to be half an economist in order to buy and price,” Madonia says of John Cosenza, son of the store’s current owner. At Biancardi Meats, Madonia looks in on his friend Sal Biancardi, who, like Madonia, has worked both on and off the avenue. He returned to the family-run butcher shop in 1997, after 11 years as a currency trader for Morgan Stanley. 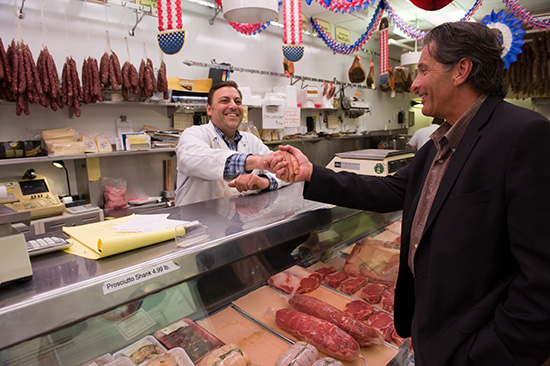 From Biancardi’s it’s on briefly to Madonia Brothers Bakery. The pungent, savory smell of house-cured sausage and sopressata is replaced by the warm aroma of freshly baked bread and cookies—the traditional pane di casa and the onion and olive breads; the biscotti, pignoli, and cannoli “filled while you wait.” 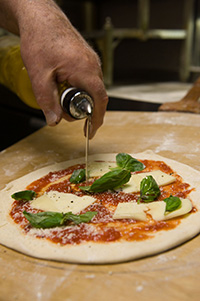 Joseph Migliucci of Mario’s Restaurant prepares pizza the way his father taught him.

Next stop is the famed Arthur Avenue Retail Market, a landmark in Belmont since 1940, when Mayor Fiorello Laguardia sprearheaded the construction of the building as a shelter for the pushcart vendors who had been selling their goods out in the street. One door down from the market is Mario’s Restaurant, which started as a pizzeria in 1919 but offers a broad range of classic Neapolitan dishes. Chef and owner Joseph Migliucci greets Madonia. “I’ll make a pizza. You want some pizza?” Ten minutes later, the perfectly cooked pie arrives: The crust is pleasantly chewy, the tangy sauce blending with the fresh mozzarella and basil in a remarkable balance of flavor. 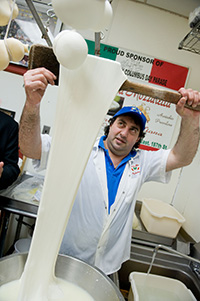 Madonia walks off the late-afternoon snack by heading to the Casa di Mozzarella, on 187th Street, just east of Arthur Avenue. His friend Orazio Carciotto is in the back of the store making the house specialty. He forces a hunk of curd through a sieve into a stainless steel bowl. After a little hand-mixing, he adds several small pots full of boiling water and thrusts his hands back in to knead the mixture until the mozzarella begins to form. Using a wooden paddle, he tears and stretches the cheese till it shines and, in a series of deft movements, folds the product into a ball or braids it into knots. “People ask, ‘How much water?’” he says. “I tell them I know when it’s right.” 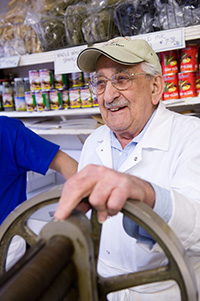 Since 1935, Mario Borgatti has been making fresh pasta cut to order at Borgatti’s Ravioli & Egg Noodles.

The last stop of the afternoon is Borgatti’s Ravioli & Egg Noodles, which has been making fresh pasta cut to order for approximately 75 years. There’s a hand-operated pasta machine behind the counter. “When we opened the store in 1935, it was already used,” says Mario Borgatti, 92. He taps the wheel. “Still works. Even in blackouts.”

Madonia says goodbye and walks across 187th Street toward Our Lady of Mount Carmel Church, the spiritual and cultural center of the neighborhood since 1907.

“In a city like New York, there are lots of ethnic neighborhoods, but very few that have kept the heritage even after the people moved to the suburbs. We were able to do it both through the church and the commercial venue. 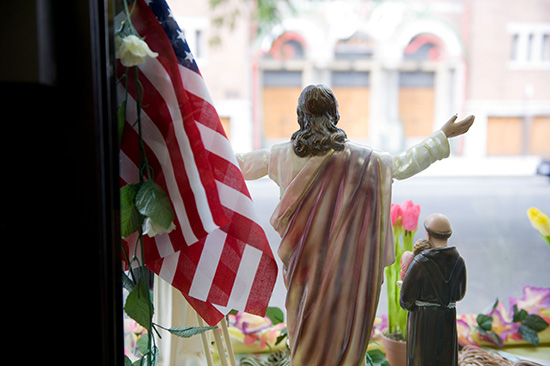