It’s now 50 years since she earned her bachelor’s degree with one of the last Fordham classes to be educated at 302 Broadway, which served Fordham students for 25 years amid the hustle and bustle of Manhattan’s historic heart.

Situated two blocks from City Hall and a 10-minute walk from where Fordham’s Jesuits first founded a school in Manhattan in the 19th century, 302 Broadway was the last of Fordham’s locations in the lower part of the borough, the final redoubt of what might be called the Jesuit university of Old New York.

The Vincent Office Building was constructed for the estate of John Jacob Astor in 1899, designed in a Romanesque revival style. Elevators had only been around for a few decades, and a brochure boasted that the ones in the Vincent would run “day and night”—patrolled by watchmen, no less. Other amenities included “filtered iced water” available on every floor. 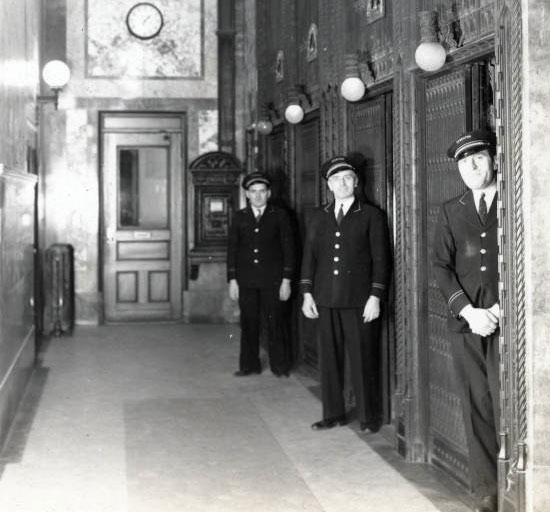 The Vincent was an apartment building before Fordham bought it to house its City Hall Division following the expiration of the University’s lease in the nearby Woolworth Building. With the purchase, Fordham “realized one of her fondest hopes,” in part because of the building’s proximity to transit lines, The Ram said in its Sept. 10, 1943, issue.

The building housed the schools of law, business, and education. When she went there to register for classes in the early 1960s, the 14-story building “just seemed like another New York City skyscraper,” said Casciato, a native of Elizabeth, New Jersey, who had become enamored with Manhattan while growing up.

But the building’s location was choice. “The neighborhood was our campus,” she said—there was an Italian place across the street offering a plate of spaghetti for 99 cents, and a nearby pub, Joe Maxwell’s, “where a lot of friendships developed” as students nursed a drink for a while before class. (The drinking age was 18 at the time.) A few blocks away was the Brooklyn Bridge, where she used to go on walks to be alone with her boyfriend. 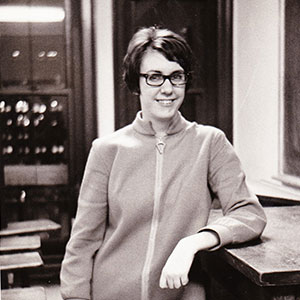 And next door—until the paper folded in 1950—was the New York Sun building, where John Payne, GABELLI ’51, once got a welcome surprise. After making a sketch of 302 Broadway’s front entrance for the Maroon Quill, the business school’s newspaper, he walked next door to show it to the Sun’s art editor, who gave him a letterpress engraved zinc plate of the drawing the next day, along with several proof prints.

“I still have the plate as a reminder of how nice and accommodating he had been,” Payne said. “302 Broadway was a wonderful location, and it opened some doors for me while I was a student.”

Every student at 302 was a commuter, and some lived at home with their families, Casciato noted—“We didn’t know what we were missing in terms of campus life.” But the urban “campus” held many delights, such as visiting museums for art class, singing with other students for the Christmas tree lighting at City Hall with the mayor, or visiting Chinatown and Little Italy, she said.

“C’mon in the House”

In the building itself, there were hangouts on the 14th floor—where students would play bridge or study—and in a sublevel lounge, she said. There was a first-floor meeting room with a bare-bones stage, “just an elevated platform,” where the Thalians, an acting troupe, would perform, Casciato said. One former member, Gerard McLoughlin, UGE, ’58, GSE ’60, said the Thalians won a one-act festival that pitted them against all Jesuit schools on the East Coast. 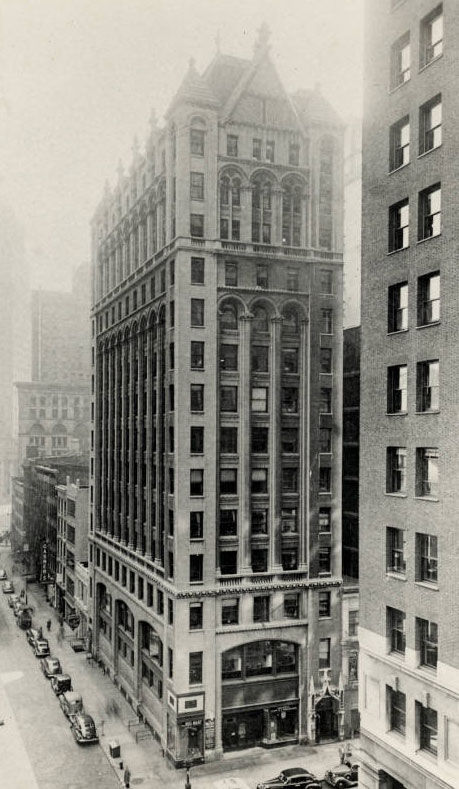 And traveling between all the floors was made memorable by the people who ran the elevators, who were “always very friendly and cordial,” Casciato said. “C’mon in the house” was the familiar greeting of one well-known operator, named Hodge, McLoughlin said. Casciato recalled how the operators would stop the elevator a foot below the floor and then crank the car upward by hand, inch by inch.

But the elevators didn’t always make it to every floor, The Ram noted in a Dec. 3, 1968, article about the impending move to the new Lincoln Center campus. The building was increasingly decrepit and crowded. Nonetheless, some students lamented its loss, describing the sense of tight-knit community created when all the students circulated in the same close quarters.

And there was also an urban vibe—endearing to at least one student—created by police cars, fire engines, and noisy demonstrations at City Hall. Atmosphere also came from the sound of the IRT subway “passing on the other side of the thin wall,” the article said.

Whatever the conditions, students were transformed, and moved on to become dedicated professionals in education and other fields.

“Many wonderful professors taught excellent classes to eager students, many of whom were the first in their families to attend college,” Casciato said. “A great number of those students went on to become truly dedicated teachers and school administrators in New York City and elsewhere.”

Today the building is long gone, replaced by the immense Ted Weiss Federal Building, but it remains the home campus for many alumni, if only in memory.

The Lincoln Center campus is “like a school I’ve never been to,” Casciato said. “And I don’t identify with the Rose Hill campus either, because I was only there a few times,” including for her graduation in June 1968.

Fifty years later, she is looking forward to reconnecting with former classmates at the 302 Broadway reunion being held as part of Fordham’s Jubilee weekend, which takes place from June 1 to 3 on the Rose Hill campus. (The reunion takes place Saturday, June 2, at 2:30 p.m. in Hughes Hall at Rose Hill. Alumni of 302 Broadway are also welcome at the Block Party at Lincoln Center on June 7.) Casciato stays in close touch with several former classmates; in 2015 they all took a cruise together on the Queen Mary to mark the 50th anniversary of when they all met at age 17.

The building at 302 Broadway “holds a lot of wonderful memories for us, four years of growing up, maturing,” said Casciato, a French major who later moved to Connecticut with her husband to start a family and worked as a management accountant.

“I look back on it fondly,” she said. “It was an old ramshackle building, nothing to be proud of, but what we made it inside was very important.”