skip to main content
Return to Fordham University
You are at:Home»Fordham Magazine»Features»75 Years Later, a Heroic Chaplain’s Memory Lives On
Brian Jordan, O.F.M., parochial vicar at the Church of St. Francis of Assisi, speaks during a Memorial Mass for Dominic Ternan, O.F.M. Photo by Chris Gosier
Dominic Ternan went to war as a man of God, a noncombatant seeking only to tend to the spiritual needs of soldiers. But the enemy’s bullets found him anyway.

A 1927 Fordham graduate, Father Ternan had served as a Franciscan priest for seven years, and as a U.S. Army chaplain for two, when he landed at Normandy on D-Day in 1944, attached to the 315th Infantry Regiment. Thirteen days later, during the Battle of Cherbourg, he responded to a wounded sergeant’s request that he pray for him, and while he was kneeling over the man, a German sniper shot him in the back.

Exactly 75 years later, on Wednesday, June 19, Father Ternan’s life and his sacrifice were commemorated in midtown Manhattan at the Church of St. Francis of Assisi, the mother church of Holy Name Province, where he once celebrated Mass and heard confessions. 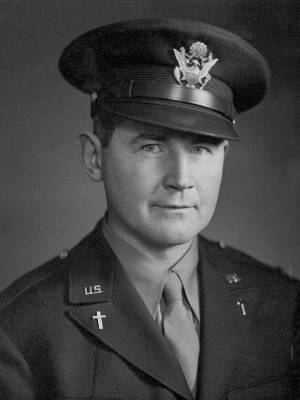 “As a parish, as an order, as a province, as a city, we’re so proud of our brother and the sacrifice that he gave,” said Kevin Mullen, O.F.M., provincial minister of the Holy Name Province, during a Memorial Mass. “We are a community of memory. It is very important to remember—to remember those who went before us [and]sacrificed for us.”

Father Ternan’s story is detailed in a 2017 article by Brian Jordan, O.F.M., for Friar News, a publication of the province.

A first lieutenant at the time of his death, Father Ternan was posthumously awarded the Silver Star for gallantry in action, and was the first American member of the Franciscans’ Order of Friars Minor to be killed in the line of duty during World War II.

The German soldier who shot him would later show deep regret at having killed a chaplain; he insisted that Father Ternan’s raincoat had hidden the chaplain’s insignia and Red Cross armband, Father Jordan wrote.

A native of Brooklyn’s Cypress Hills neighborhood, Leonard Joseph Ternan graduated from Brooklyn Prep. At Fordham, “Butch” Ternan attended church avidly and played baseball and football, according to the 1927 Maroon yearbook, in which he is described as “quiet and unassuming.”

“[He] never sought the applause of the multitude,” and possessed “a certain modestly which greatly enhances his jovial disposition,” a classmate wrote about him in the yearbook.

He joined the Franciscans at age 31, taking Dominic as his religious name.

In addition to his duties at Manhattan’s Church of St. Francis of Assisi, he served as a substitute chaplain at area hospitals. Before being deployed to Great Britain for the D-Day invasion, he “provided religious instructions for more than 150 U.S. soldiers to be received into the Roman Catholic Church” over the course of 25 months, “in addition to celebrating the sacraments and offering wise counsel,” Father Jordan wrote.

After the war, when government funding helped Fordham establish eight temporary structures to accommodate the postwar boom in enrollment, one of them was named for the humble chaplain. Ternan Hall was a classroom building located on the current site of the McGinley Center.

Toward the end of the service, Father Mullen made one last invocation of Father Ternan’s service to the people of New York: “Let us go forward and try to pass on the goodness of this day to the people we meet on the streets of our city.” 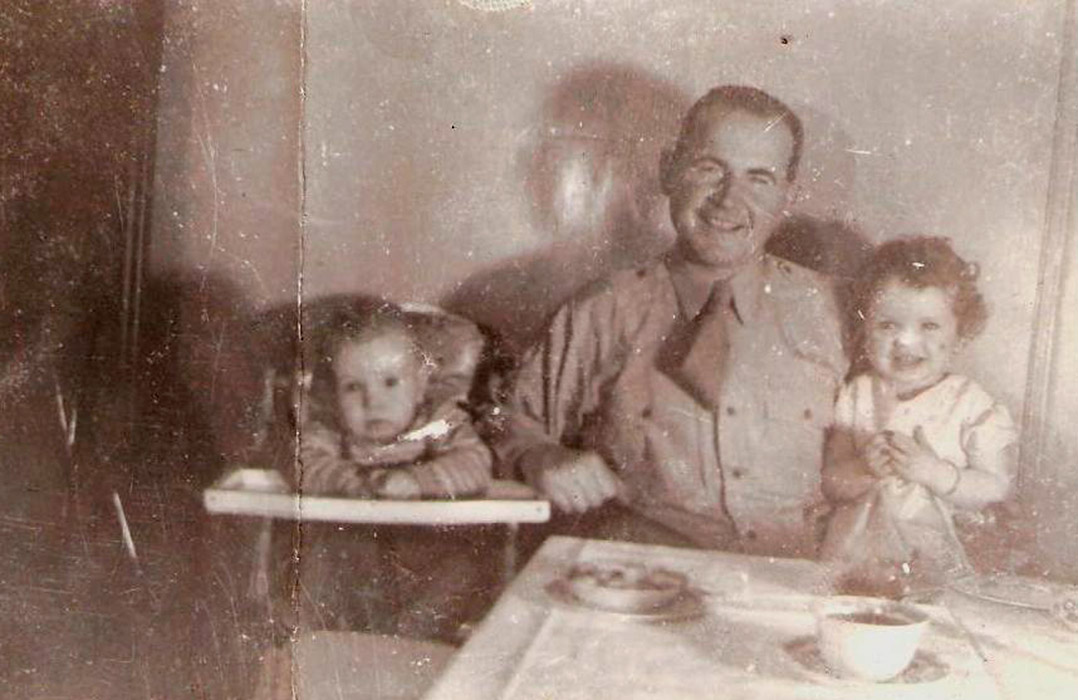 Dominic Ternan with his niece, Julie Doran, and nephew, James Dornan, in their family home in Cypress Hills, Brooklyn, in January 1944. This was the last family photo taken before Father Ternan left to serve in the Allied invasion of Normandy, France. (Courtesy of Holy Name Province)